Dnipro Coke Plant, part of the Metinvest group of companies, won the auction for the sale of a single property complex of the Dnieper Metallurgical Plant for 9.17 billion hryvnia. The auction took place as part of the DMK bankruptcy case. 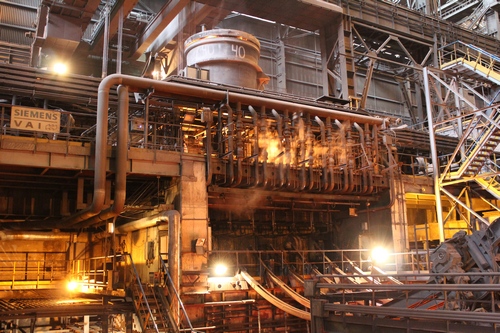 The purchase of the industrial complex Dnieper Metallurgical Plant (DMK) will allow the Dutch mining and metallurgical company Metinvest B.V. (Metinvest) Rinat Akhmetov and Vadim Novinsky to expand the product line, replacing the production of square billets, wire rod assortments, rebar and shaped rolled products, which were previously produced by the Yenakiyevo Metallurgical Plant, located in the territory not controlled by Ukraine, as well as provide square billets for the Bulgarian company Promet Steel. About this told in the press service of Metinvest after the company was announced the winner of the auction for the sale of the production complex of the Dnipro Metallurgical Plant.

DMK is one of the largest buyers of iron ore and coke from the group in Ukraine, which gives Metinvest an additional advantage along the entire production chain, the press service noted.

As a reminder, in May 2021, the Antimonopoly Committee of Ukraine granted permission to the Group to concentrate DMK assets by purchasing them. DMK's bankruptcy was initiated in May 2019 at the suit of one of its creditors. The total amount of debt of DMK to various companies, which was recognized by the Economic Court of the Dnipropetrovsk region, is 87 billion hryvnia (about 3.2 billion US dollars).

As of July 26, 2021, the sale of DMK assets at the auction became a prerequisite in the bankruptcy case of the previous owner of the ISD plant, and was aimed at preventing the shutdown of production and liquidation of the enterprise.

DMK was one of the largest steel producers in Ukraine with a full cycle metallurgical production. The production capacity of the single property complex of DMK included 3.9 million tons of steel per year.

Финансовая аналитика, прогнозы цен на сталь, железную руду, уголь и другие сырьевые товары. More news and analytics on Metallurgprom telegram channel - subscribe to get up-to-date market information and price forecasts faster than others.
Сomments
Add a comment
Сomments (0)
On this topic
AMCU requested the opinion of the companies on the obligations of Metinvest in case of obtaining
Metinvest is ready to pay more than 9 billion hryvnia for the Dnieper steel plant
Metinvest does not want to sell pig iron of Dnipro Metallurgical Plant to third parties
Dnipro Metallurgical Plant claims that Rinat Akhmetov is not on the list of its shareholders
Metinvest will gain control over the largest producer of coking coal in Ukraine
Metinvest denies allegations of alleged collusion in tenders of Ukrzaliznytsia
Recommended:
EBRD downgrades Ukrainian economic growth forecast for 2023 from 25% to 8%
London Metal Exchange for the first time in history banned trading for ethical reasons
Naftogaz launches new arbitration against Gazprom
News Analytics
The production of passenger cars in Russia decreased by 2.8 times in eight29-09-2022, 11:19
Donetsk and Torez electrotechnical plants will start producing electrical29-09-2022, 11:37
Ukrainian coking plants reduced gross coke production by 55.2%29-09-2022, 11:28
China ramps up investment in transport to bolster economy29-09-2022, 11:33
The heads of mining companies named the main risks for business29-09-2022, 10:03
China production cuts in winter will give limited boost to steel markets -15-09-2022, 10:09
Steel prices may rise as manufacturers stop production11-09-2022, 14:06
IREPAS: The global long products market is in a "dramatic situation"10-09-2022, 20:49
Steel prices are unlikely to rise significantly in the near future - analysts02-09-2022, 22:58
Steel prices may move up on new data from China31-08-2022, 12:19
Sign in with: