a Glut of the European system of gas because of lower demand in latest days as a result of temperature rise and maximum flow through Ukraine brought down the price of gas to the EU to its lowest level in the last 4 weeks. 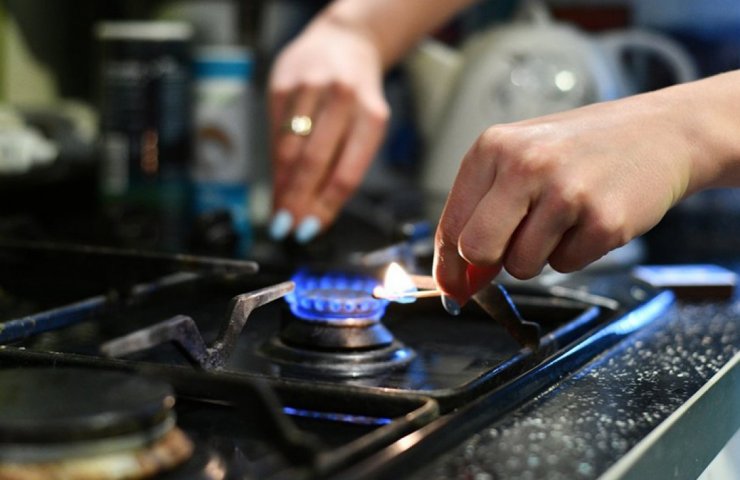 the price of natural gas on European markets has decreased to minimum for last month values. At the beginning of the day 6 Dec spot prices Day Ahead in the hubs varied in the range of 13.9 - 15,2 € /MW-hour (estimated ExPro approximately 3840 - 4200 UAH/thousand cubic meters), an average of 9 - 10% lower than earlier in the week.

In the course of trading on Friday (December 6) prices continued falling due to low demand amid high supply. In particular, in the first half of the day spot prices Day Ahead on the most liquid European hub TTF decreased by half a Euro to 13.55 euros/MW-hour (about 3740 UAH/thousand cubic meters). Thus the beginning of the week prices on the TTF fell by 12.5%.

the Futures price of the resource Jan has also declined - with the beginning of the month at the TTF were down by 7% to 15,175 € /MW-hour (as of 6 December).

Gas in Europe is getting cheaper with the beginning of the week. The main reason for the decline in prices in Europe is a glut in the market gas due to the reduction of demand due to warm weather and strong wind.

supply in the market exceeds demand, LNG supply is consistently high, the supply of gas from Norway and without interruption, in contrast to the previous month. In addition, the import of Russian gas to Europe through Ukraine is at its highest in the last six months level.

Previously coalsalesthat in the event of termination of gas transit through Ukraine, gas prices in Europe could rise to two times from the current.

Recommended:
Vestas will build the world's largest wind turbines with a height of 260 meters
KAMAZ introduces new models of the K5 family to the market
Chip shortage plunges Japanese car production by 10%
On this topic
Gas prices in the European Union in January can grow two times – the head of "Naftogaz"
Electricity prices declined, but too early to relax - ArcelorMittal Krivoy Rog
Buy Russian electricity for six Ukrainian companies
Chinese expert warned about the strategic error of "Naftogaz"
Gas prices in the EU increased by 15-30% due to the reduction of supply
Today in Ukraine, gas prices for industry increase by 20%
Add a comment
Сomments (0)
News Analytics
Tibet invests about $ 30 billion in infrastructure projects in 5 years06-03-2021, 14:39
Siemens Energy promised Deutsche Welle to closely monitor democracy in Belarus06-03-2021, 10:32
US and EU suspend the collection of duties that were imposed against each other05-03-2021, 22:48
Turboatom and Electrotyazhmash discussed prospects for cooperation under05-03-2021, 19:04
DMZ Yaroslavsky in February almost doubled the production of rolled products05-03-2021, 18:19
Spread between raw materials and high strength alloy steel in Europe increased01-03-2021, 20:21
Increase in prices is forecasted in the markets of steel raw materials -26-02-2021, 09:25
Troy ounce of gold will drop $ 500 in two years - Fitch25-02-2021, 18:29
Global iron ore production growth to outstrip cumulative production in India23-02-2021, 10:22
Fitch Ratings Warns of “Shocking Impact” on Fossil Fuel Exporters18-02-2021, 14:44
Sign in with: