In terms of the production of pig iron, the country entered the top ten largest producing countries, in terms of steel production, it remained in 14th place, according to the World Steel Association. 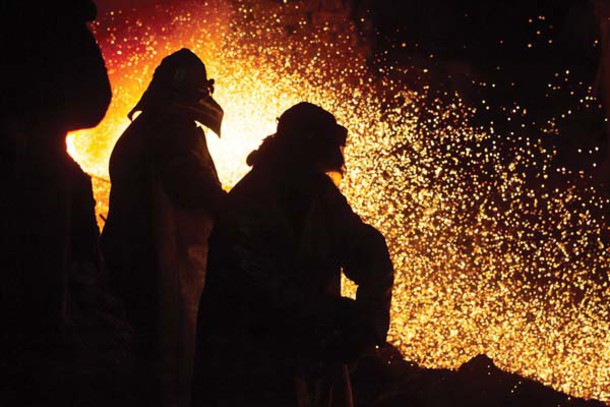 Ukraine in January - July 2021 increased the production of commercial pig iron to 12.65 million tons, or 7.8% compared to the same period last year and ranks 10th among 38 countries that produce pig iron according to the World Steel Association Worldsteel.

According to the association, in the reporting period Ukraine retained the 14th position among 64 steel-producing countries with a result of 12.73 million tons, which is 7.4% more compared to January-July 2020.

Recall that according to Worldsteel, in January-July 2021, metallurgical enterprises of the countries of the world smelted 1,165.34 million tons of steel, which is 12.40% higher than the indicator for 7 months of 2020 and produced 862.85 million tons of pig iron. of which 801.07 million tons by blast furnace method and 61.78 million tons by direct reduction method.

Финансовая аналитика, прогнозы цен на сталь, железную руду, уголь и другие сырьевые товары. More news and analytics on Metallurgprom telegram channel - subscribe to get up-to-date market information and price forecasts faster than others.
Сomments
Add a comment
Сomments (0)
On this topic
Ukrmetallurgprom clarifies data on iron and steel smelting in Ukraine for 2020
Steel production in September 2020
Ukrainian metallurgical plants increased production of rolled metal by 8%
Ukraine is the ninth country in the world for the production of pig iron
Ukraine has overtaken the United States in production of iron and came in ninth place in the world
Ukrainian metallurgists summed up the results of the industry in the first half of 2021
Recommended:
EU plans additional sanctions against Russian metallurgy
US coal prices top $200
The European Commission has approved 5.2 billion euros of state support for another massive hydrogen project
News Analytics
British Steel owner asks government for financial support05-10-2022, 13:05
The price of gold crossed the mark of 1700 dollars05-10-2022, 13:28
US coal prices top $20004-10-2022, 10:16
Tata Steel merger plan to secure long-term profits03-10-2022, 10:46
US hydrogen prices to drop to zero dollars per kg in 5 to 6 years: Platts02-10-2022, 21:53
China production cuts in winter will give limited boost to steel markets -15-09-2022, 10:09
Steel prices may rise as manufacturers stop production11-09-2022, 14:06
IREPAS: The global long products market is in a "dramatic situation"10-09-2022, 20:49
Steel prices are unlikely to rise significantly in the near future - analysts02-09-2022, 22:58
Steel prices may move up on new data from China31-08-2022, 12:19
Sign in with: