The global shortage of microcircuits has hit the auto industry more painfully than other sectors of the economy. A number of German manufacturers have already closed their factories, now, at least until the beginning of 2022, the Opel plant in Eisenach has stopped. 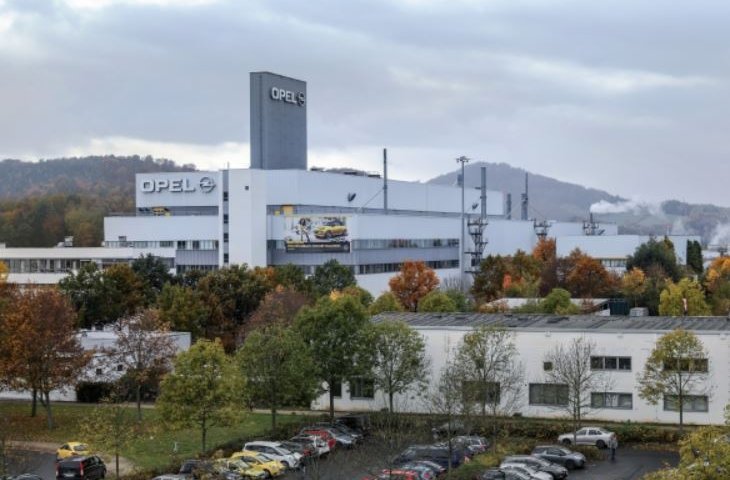 Due to the ongoing interruptions in the supply of microchips for many months, the automaker Opel is forced to temporarily stop production at its plant in Eisenach, Germany. Work will be suspended from next week and, if supply chains recover, will resume in early 2022, a company spokesman said Thursday, September 30.

At the time of the shutdown, 1,300 workers at the Eisenach plant in Thuringia, where the compact crossover Grandland X is produced, will be transferred to a shorter working day.

The company explained this step as an exceptional situation in which the global automotive industry finds itself due to the ongoing coronavirus pandemic and the shortage of semiconductors around the world.

The French concern Stellantis, which includes Opel, explained to AFP that decisions to close the factories will be made at the local level. Due to a shortage of microchips, the concern had to temporarily close several factories in France this summer.

The automotive industry has suffered more than other sectors of the economy from the global semiconductor shortage. Due to the crisis in the supply of chips, German automakers Volkswagen, Daimler and BMW had previously been forced to stop production for several days or weeks and transfer their employees to shorter working hours. Consulting firm Alix Partners warned last week that due to a shortage of microchips, 7.7 million vehicles will not be produced globally this year.

Финансовая аналитика, прогнозы цен на сталь, железную руду, уголь и другие сырьевые товары. More news and analytics on Metallurgprom telegram channel - subscribe to get up-to-date market information and price forecasts faster than others.
Сomments
Add a comment
Сomments (0)
On this topic
Opel after four-year hiatus resumed the sale of cars in Russia
Chip shortage will reduce global car production by 670,000 units in the first quarter
Microprocessor shortage will reduce global car production by 9 million units
Chip shortages at their peak: automakers stop their conveyors
Global auto industry to lose more than 2 million cars due to chip shortage - Oxford Economics
Volvo and Nissan plants suspend car production due to chip shortage
Recommended:
EU new car market continues to recover in double digits
The European Union has sharply increased purchases of Russian titanium
The United States imposed a ban on the import and sale of equipment from Huawei, ZTE and a number of other Chinese companies
News Analytics
The European Council added the violation of restrictive measures (sanctions) to28-11-2022, 14:22
The abolition of export duty in India may reduce the price of Turkish steel28-11-2022, 14:07
Australia and the UK aim to catch up and overtake China in the battery metal26-11-2022, 22:37
The United States imposed a ban on the import and sale of equipment from26-11-2022, 22:31
The pipe metallurgical plant in Nikopol continued to work after a short stop26-11-2022, 22:52
Commodity prices will fall, metals quotes will rise slightly - Focus Economics28-11-2022, 13:28
Platinum market to face shortage next year - WPIC22-11-2022, 18:25
Global steel demand falls and will fall by 2.3% in 2022: WorldSteel19-10-2022, 23:12
Iron ore prices fall to 11-month low15-10-2022, 10:36
China production cuts in winter will give limited boost to steel markets -15-09-2022, 10:09
Sign in with: