Ukrzaliznytsia has developed a program that will help remove old wagons from railway tracks and attract more than 100 billion hryvnia to the carriage industry. 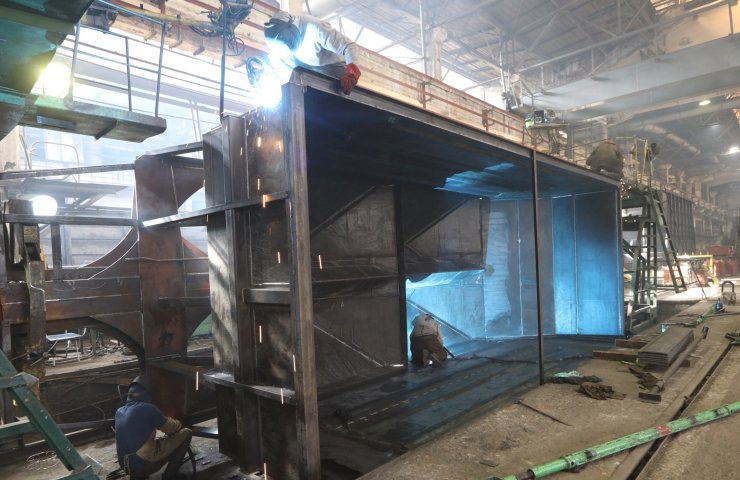 Ukrzaliznytsia has developed a comprehensive program for the renewal of its freight car fleet until 2028. It was approved at a meeting of the anti-crisis headquarters to restore the stable functioning of the Ukrainian railway, which took place on September 30 under the chairmanship of the Minister of Infrastructure of Ukraine Oleksandr Kubrakov. In the near future, the specified program will be submitted to the Cabinet of Ministers of Ukraine.

“For decades, the failure to fulfill procurement plans and ignoring the crisis has led to the fact that the depreciation of rolling stock in Ukraine has reached more than 90%. Based on these realities, we are starting a large-scale process of renewing the fleet of freight cars. In the coming years, we plan to build and upgrade more than 30 thousand open wagons and about 15 thousand grain carriers. The state will receive additional jobs and at least UAH 20 billion of budget revenues, while the average age of carriages will decrease from 23 to 7 years. In fact, we are talking about the formation of a market, the total volume of which will be more than 100 billion hryvnia, "- said the Minister of Infrastructure of Ukraine Oleksandr Kubrakov.

According to the acting Oleksandr Kamishina, Chairman of the Board of JSC "Ukrzaliznytsia", thanks to the implementation of this program, old cars, which pose a threat to traffic safety, will be removed from the railways of Ukraine. “In addition to renewing the car fleet, thanks to this program, we will be able to solve another pressing issue - to eliminate scrap metal from the rails. We will be able to achieve this goal by introducing a gradual limitation of the service life of freight cars: gondola cars from 44 to 22 years, grain carriers - from 45 to 30 years, ”he said.

In addition, at the meeting of the Anti-Crisis Headquarters, issues were considered and proposals were developed to eliminate discriminatory tariffs for freight transportation, eliminate the risks of long-term contracts for the use of Ukrzaliznytsia cars and a mechanism for identifying freight cars of various owners in order to prevent the use of cars owned by the owner on the territory of Ukraine is the sanctioned person.

Recall that on September 15, 2021, the government of Ukraine, pursuant to the decision of the National Security and Defense Council, agreed on the creation of an Anti-Crisis Headquarters to restore the sustainable functioning of Ukrzaliznytsia JSC. It was headed by Minister of Infrastructure Alexander Kubrakov.