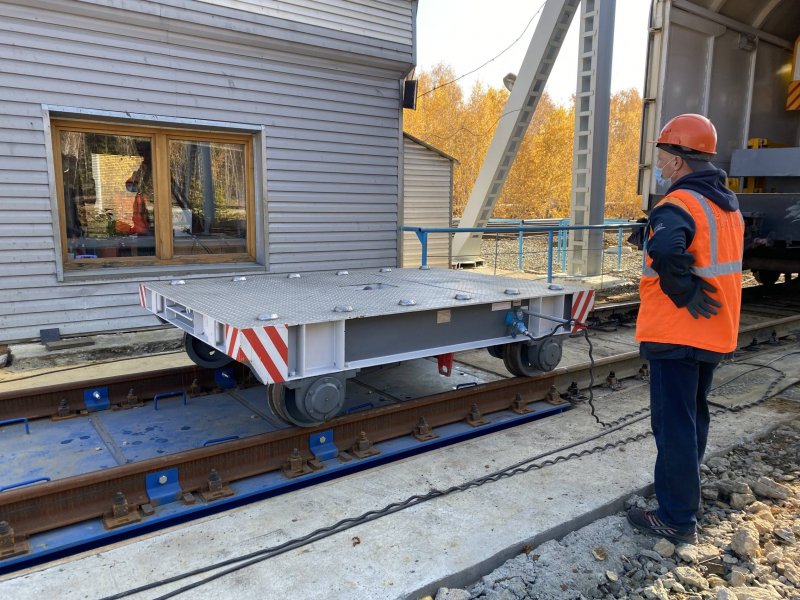 At the Kombinatskaya station of the Uchalinsky GOK (an enterprise of the UMMC raw materials complex), new platform scales were installed for weighing goods and finished products. Digital wagon scales М8300-С consist of two platforms with a total maximum load of 200 tons. The main feature of the new equipment is the automatic determination of the weight of a loaded wagon both by its sides and by its bogies, followed by the output of the obtained data to the automated workstation of the cargo and baggage acceptor operating at the weighing point.

- It is very convenient. If earlier, when slinging, we could not determine whether the load on the bogies and the sides of the car was evenly distributed or not, now this can be seen on the computer monitor with an accuracy of a kilogram, - explained Elvira Gusamova, deputy head of the operation service of the railway center.

New The scales also facilitated the process of accepting cement that arrives by rail in self-unloading hopper wagons. Previously, each hopper had to be uncoupled before weighing, since a part of the next car drove onto the weighing platform. Thus, it took up to an hour and a half to fix the entire train. Now this procedure will take three times less time, since the location of the new weighing platforms allows weighing the wagon without uncoupling.

The new scales are equipped with a video surveillance system: one video camera records the number of the wagon, and the second - the presence of cargo and its number. This simplifies the work of the masters who receive the cargo.

Before being put into operation, the new scales passed state verification by a specialized organization in the presence of a representative of the supplier company. The balance will be serviced and, if necessary, calibrated on a quarterly basis.