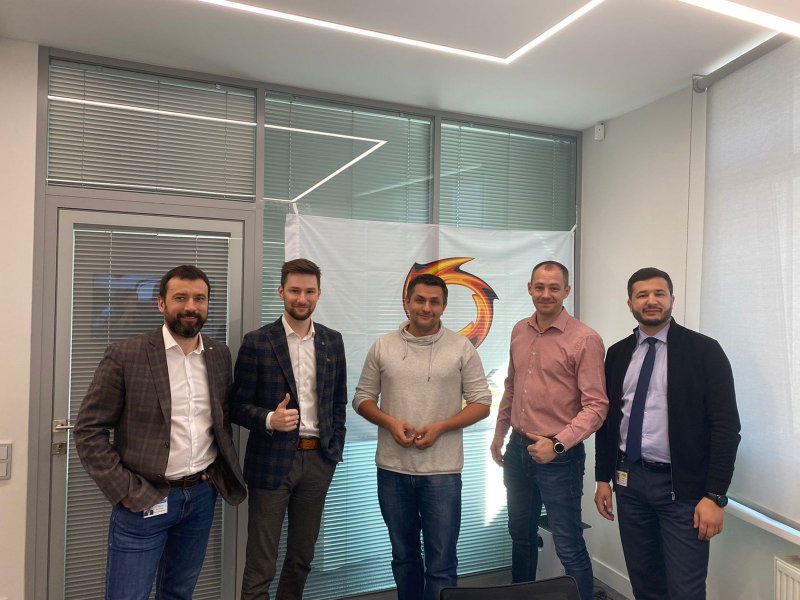 The team of the Ural Mining and Metallurgical Company won the all-Russian case-championship in production management Russia Lea Cup 2021.

The championship has been held by the Production Management Center (Moscow) since 2014 on the basis of business games developed at MSTU them. N.E. Bauman. Every year the leading enterprises of Russia and the CIS countries, as well as students of higher educational institutions, take part in the championship. As part of the Russia Lea Cup, participants take master classes on lean manufacturing tools. The participants apply the acquired knowledge and their experience in solving a real case of any company.

This year, all participants solved the production case of Technonikol - a major manufacturer of building materials on the Russian market. The company decided to launch a new type of product. Is it necessary to build additional production sites for this or whether the current capacities are sufficient - this is the main question of the case. In addition, the participants had to help develop a production plan for each plant, find production losses and propose ways to eliminate them, develop options for increasing the timeliness of deliveries and the quality of suppliers' products.

The UMMC team defended their decision in front of the jury, which included experts in various fields. The teams were assessed according to several criteria: presentation of the solution, structure, quality of answers to questions, teamwork, etc. were taken into account. By all criteria, the UMMC team became a leader.

Ilya Zhitin, team captain, shared his impressions with the organizers of the Championship : “We were challenged to show that UMMC is among the best in the development of a system of continuous improvement. Our team took up this challenge and responded with honor. We plan to strengthen our positions and take on even more complex challenges. ”

The victory in Russia Lea Сup 2021 allowed us to once again emphasize the successful experience of developing the UMMC Business System in the professional community. As a result of the Championship, representatives of UMMC received an invitation to become speakers of the largest international summit "Smart Production Systems", which will be held next year in Sochi.

Финансовая аналитика, прогнозы цен на сталь, железную руду, уголь и другие сырьевые товары. More news and analytics on Metallurgprom telegram channel - subscribe to get up-to-date market information and price forecasts faster than others.
Сomments
Добавить комментарий
Комментарии (0)
On this topic
Severstal and GVA will hold a case-championship for students and postgraduates of technological
Metalloinvest is the General partner of the international championship Metal Cup 2020
UMMC team won the International Engineering Championship "CASE IN"
TMK held a single day of Lean production
UZTM put another one hauling the car to the enterprise of UMMC
TMK Held II WorldSkills Corporate Championship - Games of the Masters
News Analytics
British scientists have found a way to cut CO2 emissions from steel production28-01-2023, 23:49
European steel price rise that began in January will be short-lived - MEPS26-01-2023, 14:44
Steel production in China rose in the first decade of January26-01-2023, 12:30
UK is ready to give 300 million pounds to save British Steel20-01-2023, 21:31
Carriage building plant in Kremenchug stopped production due to debts20-01-2023, 21:11
S&P: Russia will continue to dominate the steel export market in the Black05-01-2023, 11:22
Fitch Analysts Predict Big Drop in Global Steel Consumption This Year14-12-2022, 13:59
Analysts predict 5% annual growth in the iron casting market through 203006-12-2022, 12:44
Commodity prices will fall, metals quotes will rise slightly - Focus Economics28-11-2022, 13:28
Platinum market to face shortage next year - WPIC22-11-2022, 18:25
Sign in with: