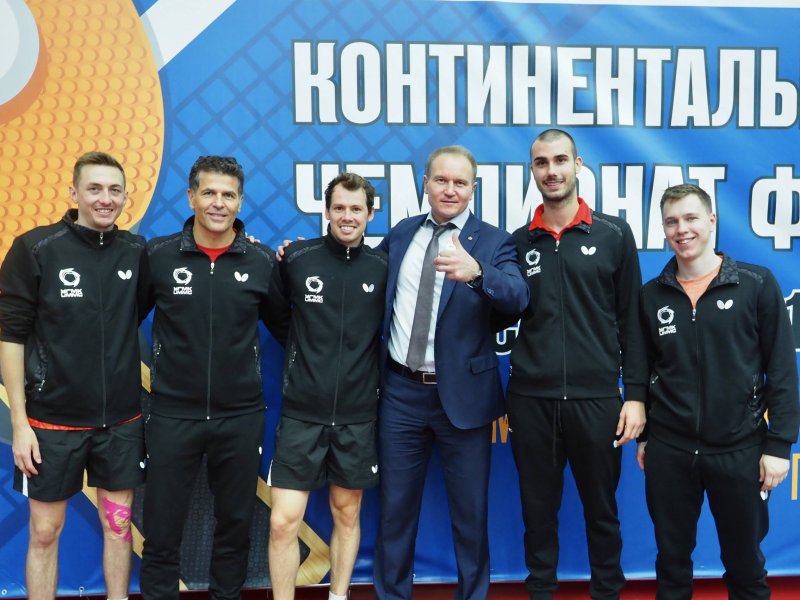 Director of Human Resources and General Affairs of the Ural Mining and Metallurgical Company Dmitry Malyshev became the new president of the UMMC Table Tennis Club.

Dmitry Sergeevich was born on March 20, 1979 in Yekaterinburg. In 2001 he graduated from the Ural State Technical University (now - UrFU) with a degree in economics and management at mechanical engineering enterprises, economist-manager.

Today he is responsible for the personnel and social policy of the company.

Сomments
Добавить комментарий
Комментарии (0)
Partner news
On this topic
TMK and the Ural Federal University signed a cooperation agreement
Personnel changes at Severstal
In Yekaterinburg with the support of TMK held a hackathon on digital technologies in the production
Table tennis united Sochi and Yekaterinburg
One of the best children's tennis tournaments in the country "UMMC-Open" has started in
Pipe Metallurgical Company announces decisions of the Board of Directors and changes in the
News Analytics
Russian billionaire Potanin faces $ 7bn divorce lawsuit in London09-12-2021, 10:15
Elon Musk reveals his fears about the future of humanity08-12-2021, 17:30
Ukrainian satellite SICH-2-30 went to the US cosmodrome aboard Turkish Airlines08-12-2021, 14:23
NASA Says "Potentially Hazardous" Asteroid Will Fly By Earth This Week08-12-2021, 11:42
Iron ore prices soar by 10% unexpectedly for analysts08-12-2021, 11:50
What unites Ilona Mask and other richest people in the world31-10-2021, 12:28
Moldavian Gordian knot - big politics28-10-2021, 11:03
Elon Musk's equity capital is approaching the $ 300 billion mark27-10-2021, 13:26
Hopes are dying to end the world's dependence on coal25-10-2021, 16:54
Will the rise in steel prices limit metallurgical production?25-10-2021, 11:44
Sign in with: