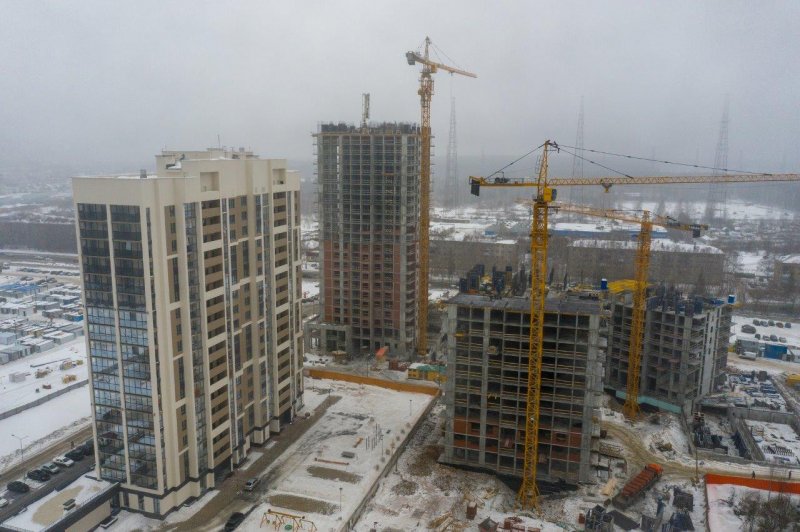 the Company "UGMK-the Developer" has agreed with the Administration of Yekaterinburg on who and at whose expense will build the social infrastructure on the territory of the residential district "the emerald forest". In total it is planned to build 5 kindergartens for 5 ha and 2 schools in 8 hectares of land; construction works will take over the city government.

the Developer has committed funding for the project and engineering survey works, the total cost of which amounted to 25 million roubles, and plans to transfer land for the construction of kindergartens. The market value of land equivalent to the amount of almost 500 million rubles.

According to head of development projects of the company "UMMC-Builder" Eugene Mordovin, the main task is to ensure that kindergartens, schools and other important social infrastructure facilities was put into operation almost simultaneously with the residential domami. 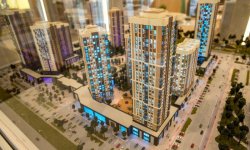 Recall, the residential area "the emerald Forest" is the flagship development project of the company "UMMC-Builder". The district erected in the Northern part of the district of Mansfield, around a unique ecological zone – forest-Park "Pyshma lakes." Its membership will be comprised of 13 blocks, 9 of which are occupied by houses with all necessary social and recreational infrastructure. The area will be 124,9 hectares are under residential development allocated to 40.7 ha (volume of the housing stock - about 700 thousand m2).

the company took care of the placement of objects of social infrastructure in advance, even at the stage of planning of the district, and agreed with the Administration of Yekaterinburg, all the nuances associated with allocation of land and funding of design and construction.

So, the city has a municipal program "Development of education system and creation of conditions for work, rest and improvement of children in the municipality "Yekaterinburg" in 2017 – 2023.". Contributing to its implementation, a company "UGMK-Builder" will give the city authorities a part to its ownership of the site an area of 4.85 hectares for the construction of five kindergartens for 1 241 seats.

In particular, already allocated plot of 1 ha for a kindergarten for 300 places with nursery groups in the active construction the first quarter of the district. Its market value when used for housing amounted to 100 million rubles. The developer took over the funding of complex engineering surveys and development of a kindergarten building (for this is the responsibility of the General designer "the emerald forest" the company "Arkhstrojjproekt") – the cost in total was about 8 million rubles. The project is ready and soon will be sent for state examination. Due to the work carried out by the Developer's company, will be significantly reduced preparation period for the start of construction.

When planning the construction of schools in the district, the Developer took into account that the owner of the necessary land area of 8 hectares, situated on the territory Kalinowski forest Park, is the Sverdlovsk oblast. In order that it was allocated for schools, the company "UMMC-Builder" planted forest plantations on another part of the Park with an area of 10 hectares. the Total cost of the work amounted to 3.3 million. The first school for 1100 seats will be built in the framework of the development of the first quarter in the area of 4 hectares; it will house a unique Ekaterinburg "College Art Sketch". The development of the project and the engineering research will be spent 16.5 million rubles.

As the Director of mku "Management of capital construction of Ekaterinburg" Igor Kungurtsev, a new kindergarten and a school, the municipality plans to build by 2023 godu.

"UMMC-Builder" is a responsible developer who understands the complexity and urgency of such an important question as the construction of social infrastructure, and is ready to compromise with the city administration. In the framework of the joint work on the project "the emerald forest" we have managed to establish effective cooperation, which certainly will have a positive impact on the timing of construction area. Currently we agreed on the plan of the buildings of the kindergarten in the 1st quarter and the school with 1,100 seats; the design documentation is prepared by the procedure of state expertise, then these social sites will be included in the municipal program. They will be built by 2023", - said Igor Kungurtsev.

"overall, the first quarter, "the emerald forest" is actively developing, the volume of housing here will amount to 142 500 m2. The first 18-storey residential building completed in December 2019; the erection of three houses at 22, 25 and 30 floors was launched in July as part of the financing, "Sberbank of Russia". The first floors of all houses will be given under commercial accommodation stores, pharmacies, and bakeries, cafe and fitness center at 4500 m2
with the swimming pool. The cost of construction of the fitness center will be about 240 million rubles, is already pouring the pool - said Eugene Mordovin. – A promising solution was the abandonment of the construction of underground Parking in the district. Thus, in the first quarter, we plan to build a modern 6-storey above ground Parking for 300 cars, with cafes and shops on the ground floor and an outdoor terrace with a Playground on the roof. A similar approach to Parking will help to reduce costs, free up additional land for the green Park area and combine quarter total closed area of 5 hectares, which is comparable with the area of 8 football fields."

"City Administration of capital construction of the project to build a branch line light rail that will run along the territory of "emerald forest" and become, therefore, an important part of the transport infrastructure of the district. Together with the branch is building the infrastructure building the Meridional 2. Also currently, the "UMMC-Developer" changes the legacy project street Meridian 1 will no longer meet the needs of the district. In 2020, the project will be examined, and the results of its planned inclusion in the municipal program for 2022" - confirms Igor Kungurtsev.

According to the Yekaterinburg architect Andrey Rudakov such major construction projects as the "emerald forest" is able to bring the quality of life in the city to a new level and give a powerful impetus to the development of urban construction otrasli.

"In fact this project for 10 years. It was originally called "North Mansfield", then "Northern Crown", and now "the emerald forest". The name, as it demonstrates the mission of this project is to provide the most comfortable and healthy life. "UMMC-Builder" creates a new trend in the market – comprehensive development areas, which meets the increasing demands of buyers of apartments. Here near the houses there is a large forest area, the Mall will be, kindergartens, schools, fitness centre and other infrastructure for life, sports, recreation. Few developers are now willing to follow that path, wasting material, time and effort on coordination with the city masses such nuances", - said Andrey Rudakov.

On this topic
In a residential area "the emerald forest" a school-transformer for 1100 seats
In a residential area "the emerald forest" will be a modern kindergarten for 300 places
The company "UGMK-the Developer" has commissioned a residential house in the residential complex
The company "UGMK-Builder" received the first funds for the construction of two residential homes
Sport up and evaluation colleagues: builders UMMC participated in the forum "100+ Forum Russia"
Construction of a second house in one of the largest new residential areas began in Yekaterinburg
Добавить комментарий
Комментарии (0)
News Analytics
Iran is satisfied with the reaction of the world community to 60% enrichment of18-04-2021, 13:24
Gas prices in Ukraine have reached a record value over the past two years -16-04-2021, 17:24
Ukrmetallurgprom asks the Antimonopoly Committee to allow Metinvest to bid for16-04-2021, 17:23
A fatal accident occurred on the territory of the Dnieper Metallurgical Plant16-04-2021, 13:01
Cars built for Euro 2012 will be repaired at the Kryukov Carriage Works16-04-2021, 12:46
World Steel Association predicts a good year for metallurgists15-04-2021, 18:19
World Steel Association defines green steel and its variations12-04-2021, 13:14
China unlikely to cut steel capacity in 2021 due to high steel prices07-04-2021, 12:11
Scrap metal market at the beginning of April02-04-2021, 11:10
Rising Chinese Prices Fueled Rising Global Steel Prices - MEPS25-03-2021, 18:54
Sign in with: