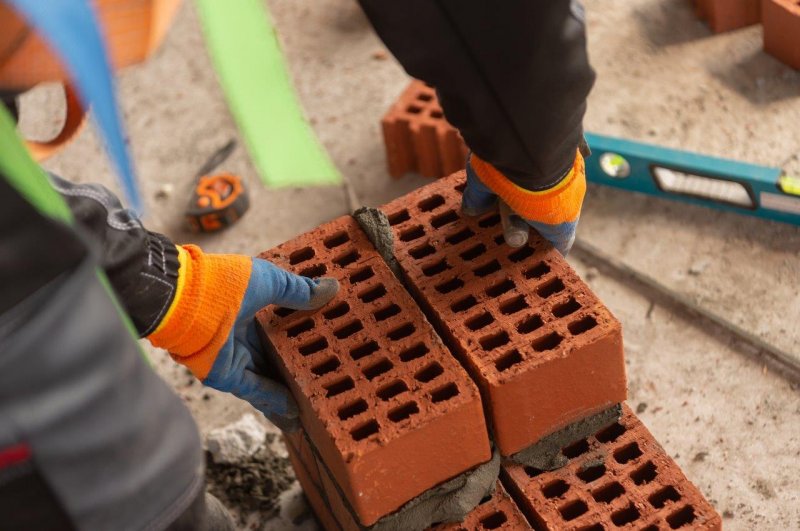 On the territory of the residential area under construction "Izumrudny Bor" with the support of the Ministry of Construction and Infrastructure Development of the Sverdlovsk Region, the Yekaterinburg administration and the developer UGMK-Zastroyshchik, the district and regional stages of the National Competition of Professional Skills "Stroymaster" were held. The head of the regional ministry of construction Mikhail Volkov, the chairman of the construction committee of the Yekaterinburg Administration Alexei Koryukov and the representative of the organizer of the competition - coordinator of the association “National Association of Builders” (“NOSTROY”) in the Ural Federal District Yuri Desyatkov wished success to the participants.

This year in There are six nominations in the Stroymaster competition. These are "Best Welder", "Best Bricklayer", "Best Plasterer" (district stage), as well as "Best Installer of Translucent Structures (SPK)", "Best Tiler" and "Best Plumber" (regional stage). Representatives of more than 30 companies from all over the Ural-Siberian region, including the Sverdlovsk and Chelyabinsk regions, Khanty-Mansi Autonomous Okrug and Yamal-Nenets Autonomous Okrug, demonstrated their skills.

The grand opening ceremony was held in the first quarter of Izumrudny Bor near a shopping gallery under construction, which is adjacent to the already commissioned 30-storey residential building. Then the contestants dispersed to the work sites prepared in advance by UMMC-Developer in accordance with the nominations.

“Construction is one of the key sectors of the economy, since more than 190 other sectors are tied to it in one way or another. And the builder is the most worthy and promising profession today and in the future. Therefore, such large-scale contests as "Stroymaster" are extremely important - they popularize the profession and set the standards of excellence, - said Mikhail Volkov, Minister of Construction and Infrastructure Development of the Sverdlovsk Region. - The Sverdlovsk Region is undoubtedly among the leaders of the Russian construction sector in all respects. It is no coincidence that out of the 10 best residential complexes in the country selected by experts this year, five were built in Yekaterinburg. And it is no coincidence that the competition is held at the site of the "Izumrudny Bor" district. This is a very interesting, strategically important project for the city and the region of the integrated development of the territory: here, simultaneously with residential buildings, schools and kindergartens are being erected, transport infrastructure is being formed, and a huge megamall has already been built. This approach to housing construction in the region should be developed and promoted as much as possible. ”

After summing up the results of the competition, the winners were announced. The leaders of the regional stage nominations, who took the first places, were Yekaterinburg residents:

In the nomination "The best welder" - Alexander Vershinin,

In the nomination "The best mason" - Kirill Marinyuk,

Now these professionals will compete for victory in the federal stage of the competition.

First places in the regional stage:

In the nomination "The best installer of the SEC" - Maxim Govorukhin and Azat Mukhamatkhafizov,

In the nomination" The best plumber "- Roman Galiev and Mikhail Melekhin .

“We are pleased to host the competition at our sites for the second time. In 2018, it took place at the site of the Makarovsky residential complex. Today - on the site of one of the largest residential projects in Yekaterinburg - the residential area "Izumrudny Bor". On behalf of “UMMC-Developer” I thank all the participants, because it is the hands of builders who create wonderful spaces in which one wants to live, ”commented Sergey Agarkov, Deputy General Director for Production of“ UMMC-Builder ”on the results of the competition.

Residential area "Izumrudny Bor" is the flagship project of the developer "UGMK-Zastroyshchik". The district is being built in the northern part of Yekaterinburg, around a unique ecological zone - the Pyshminskie Ozerki forest park. It will include 13 blocks with a total area of ​​124.9 hectares. Of these, 40.7 hectares have been allocated for residential development (the volume of the housing stock is about 712 thousand m2).

One of the UMMC-Developer's standards is to create a full-fledged ecosystem for a comfortable life in each project. Therefore, in "Izumrudny Bor", simultaneously with residential buildings, all the necessary social, trade and entertainment infrastructure is being built.

Winners of regional competitions are invited to participate in the district stages, and then in the all-Russian ones. In April 2021, the final stage was chosen to win