An open day was held at the UMMC Technical University 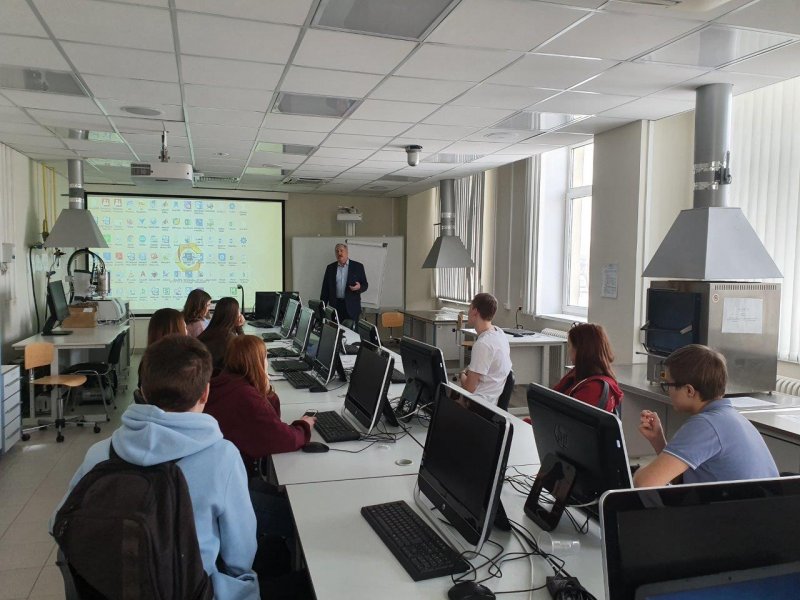 About two hundred high school students of the Sverdlovsk and Kurgan regions attended the Open Day at the Technical University of the Ural Mining and Metallurgical Company (TU UMMC). Schoolchildren and their parents explain their interest in engineering education and a private technical university by the fact that TU UMMC provides an opportunity to go through a large amount of practical work - from the first year students are immersed in the specifics of the production life of enterprises. All mining and metallurgical enterprises of the corporation participate in the system of targeted training of employees at the corporate university. In addition, they are engaged in educational work with students - in 2019, the university held almost 200 events of a sports, patriotic, cultural nature, and future engineers are actively developing the skills of intellectual work, team management.

Currently, the university 659 students are enrolled, of which 305 are full-time students. The first graduation of 47 bachelors in the history of the university will take place at the end of June. Plans for the next academic year are to enroll about 100 people in full-time and part-time departments in five areas: metallurgy, mechanics, mining, electric power and electrical engineering, automation of processes and production.

Heads of departments, leading teachers of all five areas of study in detail acquainted schoolchildren, their parents and teachers with the specifics of the educational process. In the research center of TU UMMC, the children were shown the capabilities of modern laboratory equipment, a number of scientific experiments. For example, in the laboratory for the integrated use of raw materials, the task of transferring copper from concentrate to solution was solved, for which a reaction vessel with stirring properties was used and a leaching process was applied. And on other equipment, the process of evaporation of a solution of copper sulfate was simulated to further obtain crystals of copper sulfate.

In the enrichment laboratory, schoolchildren remembered Kuprin's "Garnet Bracelet": the head of the department Sergey Mamonov showed the operation of a magnetic separator - in seconds he separated grains of sand mineral garnet, which are weakly magnetic, from quartz. As it turned out, the technical version of the garnet is used for spraying on abrasive wheels. In the laboratory of electric power and electrical engineering, the head of the specialized department Svetlana Fedorova demonstrated digital equipment that allows to simulate the operation of power units of GOKs and metallurgical enterprises.

According to Vyacheslav Lapin, director of the TU UMMC, the university is proud of the "digital content" of the educational process, therefore On the open day it was possible to take fascinating virtual walks around the processing plant, metallurgical shop, power plant, attend a master class on 3D modeling, see the work of the electronic library of a modern engineering university.

They prepared their own "surprises" for the guests and university students. They proposed a quest around the building, one of the points of which, for example, was participation in acting training under the guidance of the members of the troupe of the student theater of the TU UMMC. And one of the audiences that day was turned into a cinema with a demonstration of videos from student practice and the distribution of fragrant popcorn. In addition, schoolchildren and their parents wrote laboratory work on chemistry for prizes with the symbols of a unique university. At the end of the excursion around one of the most beautiful buildings of the Urals universities, the children were waiting for hot tea and pastries in the student canteen.

Note that the “extra” day of the year with the benefit of their professional future was spent not only by high school students Verkhnyaya Pyshma and nearby Yekaterinburg. All day long buses from Revda, Krasnouralsk, Krasnoturyinsk, Serov, Shadrinsk were parked to the glass university atrium, symbolizing the blast furnace. And the NLMK holding organized the arrival of high school students from the cities where its enterprises are located. As Vyacheslav Lapin explained, the university is ready to conduct targeted training of students for the production tasks not only of UMMC, but also of other industrial holdings and enterprises.

Feedback from the participants of the Open Day at TU UMMC

Igor Vartanyan, tenth grader of secondary school № 10 of the city of Revda:

- It was very interesting to look at the university, rebuilt from scratch. As I understand it, this is an example of a modern university, everything is new and advanced here. I will still look, choose - there is time. But I can't even imagine what other universities should show in order to stand out and look better. I would also like to visit the hostel of TU UMMC.

On this topic
Knowledge Day of UMMC celebrated in Verkhnyaya Pyshma
Dozens of schoolchildren took part in the military-patriotic training camp at the Byngi airfield
Workers with new competencies were trained for UMMC production
The Spartakiad of schoolchildren "Healthy Generation" started in the Sverdlovsk Region
The eternal flame from the factory furnace, Victory Waltz, Procession of military equipment and a
The best projects of "UMMC Engineering" will be implemented in production
Добавить комментарий
Комментарии (0)
News Analytics
Tesla построит в Техасе гигантский аккумулятор09-03-2021, 09:27
Германия обошла США по продажам новых электромобилей и гибридов09-03-2021, 09:50
Bosch launches automotive chip plant in Dresden08-03-2021, 13:45
Eurozone investor morale at its highest rise in 12 months08-03-2021, 12:30
Port on the coast of Pilbara in Australia stops shipments of iron ore due to08-03-2021, 11:14
Spread between raw materials and high strength alloy steel in Europe increased01-03-2021, 20:21
Increase in prices is forecasted in the markets of steel raw materials -26-02-2021, 09:25
Troy ounce of gold will drop $ 500 in two years - Fitch25-02-2021, 18:29
Global iron ore production growth to outstrip cumulative production in India23-02-2021, 10:22
Fitch Ratings Warns of “Shocking Impact” on Fossil Fuel Exporters18-02-2021, 14:44
Sign in with: