At Chelyabinsk zinc plant was opened the Museum 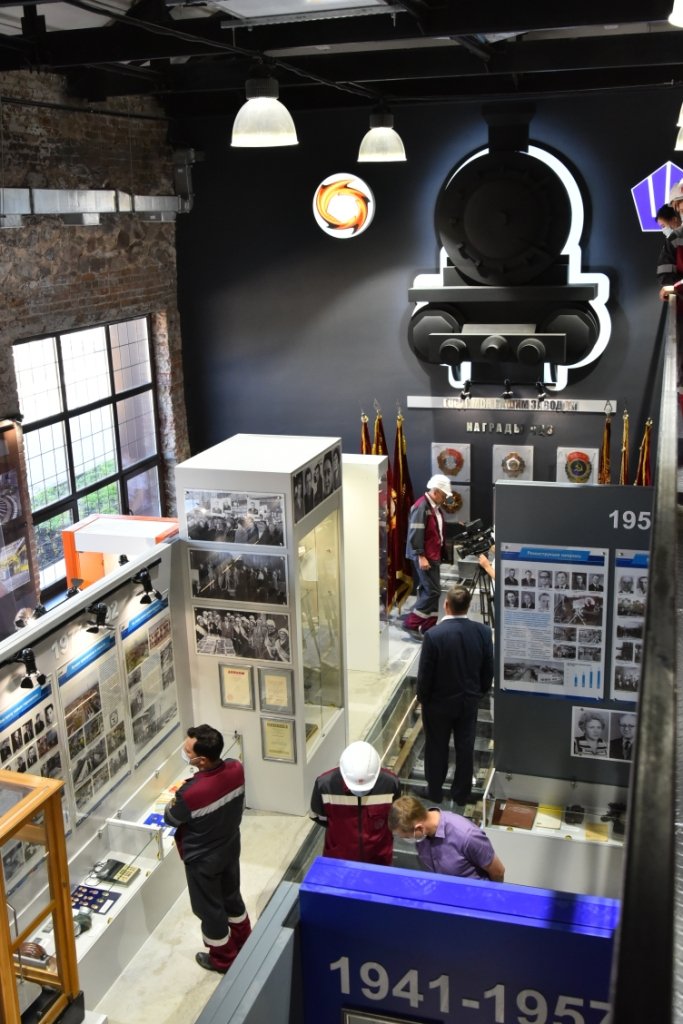 At the Chelyabinsk zinc plant to the 85th anniversary of the company and on the eve of Metallurgist Day, opened a new Museum. He became not only the center of Chelyabinsk branch of history, but the stylish art platform with the ability to hold exhibitions and meetings.

the Museum is housed in the train depot, 1932 buildings. It is the oldest building on the premises. For the anniversary of the Chelyabinsk branch of the room was restored. The designers managed to harmoniously combine old world charm and sleek style loft. In front of the Museum is a cozy mini-Park with flower beds and benches.

History of the Museum began in 1973, when the company opened a hall of Labor Glory. Here was exhibited the banner, copies of orders, certificates, product samples and other exhibits. The hall was located in a room on the main entrance and was free to all comers.

In the early 1990s, it was decided to establish a Museum Chelyabinsk branch. Work, unfortunately, has temporarily stopped and resumed only in 2010 thanks to the support of the UMMC. 19 Jun 2010 the Museum of the history and achievements of the Chelyabinsk branch was inaugurated. The exposition is located in one of the buildings of the plant. There were conducted tours for applicants to work in Chelyabinsk branch, as well as guests and veterans of the enterprise.

In the new spacious building has maintained the logic and sequence of the sections: from construction to the present. The photos tell how to develop the Chelyabinsk zinc plant. Genuine rarities, archival documents, tools 30-ies of the Director's Desk. A huge amount of archival material devoted to the first years of operation of the plant and wartime. In the new building there is plenty of room for exhibits, which are still kept in storage, but ready to take its place of honor.

"Today's event is another confirmation that we are moving in the right direction. It is very important to know and honor their past. For young people it is an opportunity to touch the roots. Recalling how it was a factory Museum gives guidance what to do further", - said the Director of the Chelyabinsk branch of Paul Isbright.

Похожие материалы
The President of Russia has signed the Decree about assignment to Magnitogorsk honorary title of
June 24, Verkhnyaya Pyshma: Alley of heroes, the dress-up calculation, the Fate of the soldier and
UMMC Zastroyshchik has completed the restoration of the building of the former industrial
Chandeliers loft
BMK Museum has updated the exposition for the Victory anniversary
Main day: BMZ celebrated Metallurgist Day
Добавить комментарий
Комментарии (0)
News Analytics
Indian state steel company to sell non-core assets19-09-2020, 18:50
Largest US steel company to lose $ 100 million in Q319-09-2020, 18:50
UN experts believe that the worst-case scenario for the Ukrainian economy can19-09-2020, 18:47
KZhRK miners' strike threatens with loss of sales markets without prospects of16-09-2020, 21:51
Privatization of the alcohol industry has started in Ukraine16-09-2020, 14:56
Iron ore prices to surpass six-year high soon16-09-2020, 10:32
World Oil Demand Peak May Be Over - BP15-09-2020, 09:05
China expands car market capacity by increasing demand for steel and metals11-09-2020, 10:56
Prices continue to rise in the long and flat steel markets08-09-2020, 14:25
Difference between ferrous and non-ferrous metal28-08-2020, 13:45
Sign in with: