Kuzbassrazrezugol has renewed its locomotive fleet for 18 diesel locomotives 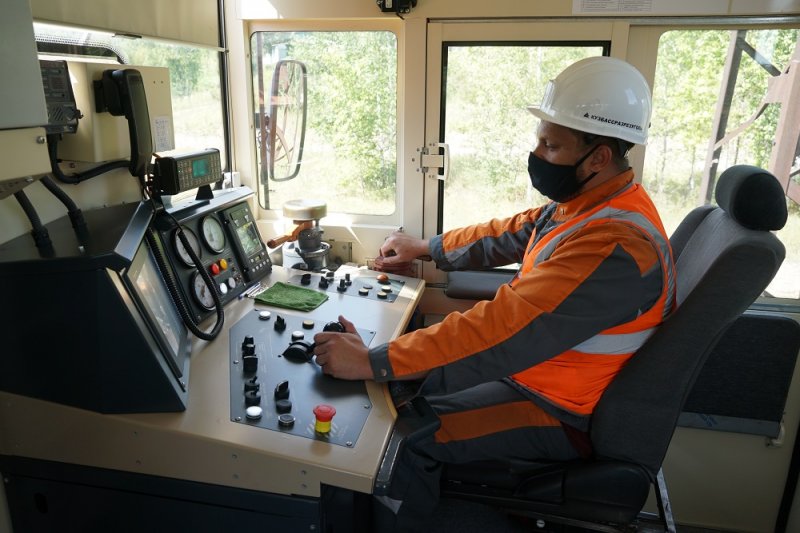 A new diesel locomotive TEM2N-UMMC was put into operation at the Kedrovsky coal mine of the Kuzbassrazrezugol Management Company (an enterprise of the UMMC raw materials complex). This is the third locomotive in the coal company of its own production by JSC Shadrinsky Automotive Aggregate Plant (an enterprise of the machine-building complex of UMMC).

TEM2N-UMMC is assembled on a new undercarriage part (frame, undercarriages and wheel-motor blocks) from the TEM diesel locomotive -18DM, produced at the Bryansk Machine-Building Plant. The Shadrinsky locomotive is equipped with modern control, monitoring and diagnostics systems that provide comfortable and safe working conditions for drivers.

The first TEM2N-UMMC started work at the Krasnobrodsky coal mine last fall, the second entered the Kedrovsky coal mine at the beginning 2020th. These locomotives are involved in all works that are envisaged by the technological process related to the loading of coal and its delivery on the way of general use. The locomotive has a certificate to enable it to enter the path of Russian Railways.

Since 2014, as part of the Company's locomotive fleet renewal program, the Kedrovsky coal mine has received six TEM2-UMMC diesel locomotives upgraded at ShAAZ. In total, the Kuzbassrazrezugol Management Company currently operates 15 modernized and 3 new Shadrinsk locomotives.

“Modern equipment is replacing the physically and morally obsolete. Significant funds were required to maintain the work of the old technology. It was much more efficient to purchase new machines that meet today's requirements, - says Vasily Alboschiy, head of the railway transport department of JSC MC Kuzbassrazrezugol. “The development of the Company is possible only with modern technology, so its renewal is our movement forward.”

Похожие материалы
Polymetal production has improved the railway fleet
"Kuzbassrazrezugol" has got the second Shadrinskiy locomotive
"KRU" has acquired a new locomotive production SHAAZ
An audit was carried out at SHAAZ as part of the certification of a new diesel locomotive TEM2N-UMMC
Diesel locomotive TGM6-UMMC is certified for compliance with the Technical Regulations of the
Kuzbassrazrezugol will allocate over 1 billion rubles for the development of railway transport
Добавить комментарий
Комментарии (0)
News Analytics
Australia to help Europe diversify lithium imports22-09-2020, 14:28
State Energy Efficiency of Ukraine proposes to amend the law "On Public22-09-2020, 13:58
India's largest state-owned metallurgical company "doubled"22-09-2020, 13:23
Dnipro Metallurgical Plant successfully combats oxygen losses in networks22-09-2020, 12:17
BELAZ delivered three dump trucks to the Irkutsk Region22-09-2020, 12:21
Iron ore prices to surpass six-year high soon16-09-2020, 10:32
World Oil Demand Peak May Be Over - BP15-09-2020, 09:05
China expands car market capacity by increasing demand for steel and metals11-09-2020, 10:56
Prices continue to rise in the long and flat steel markets08-09-2020, 14:25
Difference between ferrous and non-ferrous metal28-08-2020, 13:45
Sign in with: