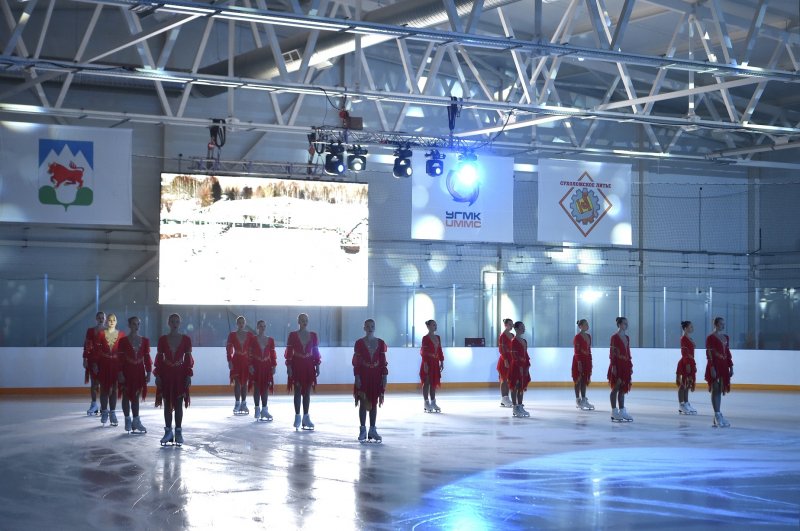 “The agreements reached between the region and the UMMC have already made it possible to open ten first-class ice arenas in different cities of the Sverdlovsk region. Hockey is one of the most popular sports in the Urals. The Government of the Sverdlovsk Region, together with the municipal authorities and the business community, is working to develop the sports infrastructure, to create suitable conditions for sports in our cities and villages, ”noted Evgeny Kuyvashev.

The General Director of UMMC Andrey Kozitsyn thanked the regional government, city authorities and builders for the great serious joint work, and wished the young hockey players good luck. “A match between the teams of guys from Verkhnyaya Pyshma and Sukhoi Log will take place on this site today - and this is the most important thing. With the opening of this facility, I think that there will be a great interest in both hockey and figure skating in the city. And after a short time there will be enough professional hockey players in the region so that our Avtomobilist can win all possible tournaments, and not only Avtomobilist, but also the national team of the country, "he said.

Sports facility area is 3.2 thousand m 2 , and the ice field - 1.8 thousand m 2. There are six dressing rooms, a choreography room, medical and treatment rooms, and a coach's office on site. 50 hockey players can train in the arena at a time (400 people per day), or 70 people can skate (560 people per day). The stands of the structure are designed to accommodate 270 spectators.

Ice Arena" Foundry "has become a training ground for children's hockey teams of the Olympic Sports School of Sukholozhsk. Ice is also provided to athletes from neighboring cities - Kamensk-Uralsky, Irbit, Turinsk, Bogdanovich and the village of Pyshma.

Earlier, within the framework of the Agreement between the Government of the Sverdlovsk Region and the Ural Mining and Metallurgical Company, hockey arenas were built and put into operation in Rarely, Yekaterinburg, Kirovgrad, Revda, Verkhnyaya Pyshma, Kushva and Krasnouralsk. Construction is underway in the arenas in Sysert.

In addition, in the summer of 2019, a sports and recreation complex with artificial ice was opened in the Kemerovo region in the village of Bachatsky (Belovo). It was the first ice rink built with the support of the UMMC outside the Sverdlovsk region. In August 2020, the ice arena, built with the company's funds, began operating in the Orenburg region (Gai). At present, UMMC supports the construction of another facility with artificial ice in the Kurgan region (Shadrinsk).