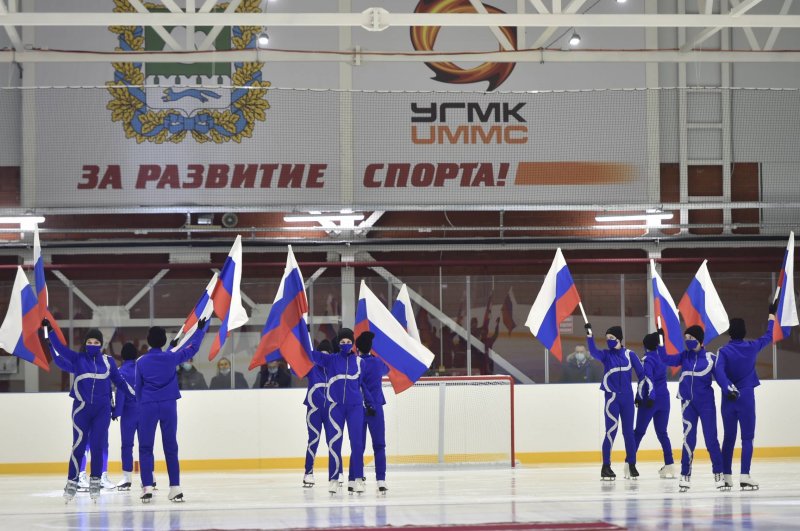 A new ice arena was opened in Shadrinsk today. The appearance of the first artificial ice in the city became possible thanks to an agreement between the Government of the Kurgan Region and the Ural Mining and Metallurgical Company on joint financing of the project. Governor of the Kurgan Region Vadim Shumkov and General Director of UMMC Andrey Kozitsyn took part in the opening ceremony.

“I am here in Shadrinsk with a special feeling to take stock of the great work,” the head of the region greeted the audience, “in a year and a half we have built a new kindergarten, repaired dozens of kilometers of roads, dozens of yards, houses, cultural heritage sites , a new embankment, we are dealing with lighting issues. Just now, we discussed with Andrey Anatolyevich Kozitsyn, the head of UMMC, the most reliable partner of the city of Shadrinsk, that another kindergarten will be laid in March, construction of a large school for 1,100 children will begin in a year, and a new village for young families will be designed a kilometer from here. After the Ice Arena, UMMC is already entering a new project - the construction of an industrial park. We will work like this for five years, and Shadrinsk will become the best city! Thank you all for your work, keep it up! ".

“When you see ice arena for children, you feel the fullness of life, - Andrei Kozitsyn emphasized. - I hope that Shadrinsk will become the ice capital of the Kurgan region, where athletes, champions and, first of all, healthy children will be brought up. So that they grow up, educated, study and stay in their hometown. Separately, I would like to thank the Governor Vadim Shumkov, the government of the Kurgan region for their efficiency, for constructive interaction, for what we are doing together in Shadrinsk! Congratulations! Happy Holidays! ".

The complex of the Ice Arena with a total area of ​​over 3000 sq. meters, there is a platform with artificial ice 60x30 meters, as well as a wardrobe, a buffet, rooms for rental and sharpening of skates, changing rooms and drying rooms, doctor's and staff's offices. The arena is equipped with an ice-filling machine, ice-freezing and ventilation systems.

One of the brightest moments of the opening ceremony was the transfer of the symbolic key from the Ice Arena to the young hockey players of the Shadrino team "Torpedo". With the appearance of an indoor skating rink, residents of Shadrinsk, Shadrinsky District and nearby towns will have the opportunity to practice winter sports all year round. Adult and children's hockey teams, as well as fans of mass skating, will be able to train and compete here. Up to 50 people can train on ice at the same time.

Previously under agreements between regional administrations and UMMC have already put into operation ten modern ice arenas in the cities of the Sverdlovsk region, as well as in the Kemerovo and Orenburg regions.

On this topic
New Ice Arena "Foundry" was opened in Sukhoi Log
A new Ice Arena opened in the Orenburg city of Gai
UMMC Zastroyshchik has completed the restoration of the building of the former industrial
The final of the personal world championship for motorcycling on ice gathered in Shadrinsk of the
In Yekaterinburg began construction of the Ice arena UMMC
The eternal flame from the factory furnace, Victory Waltz, Procession of military equipment and a
Добавить комментарий
Комментарии (0)
News Analytics
Gas prices in Ukraine have reached a record value over the past two years -16-04-2021, 17:24
Ukrmetallurgprom asks the Antimonopoly Committee to allow Metinvest to bid for16-04-2021, 17:23
A fatal accident occurred on the territory of the Dnieper Metallurgical Plant16-04-2021, 13:01
Cars built for Euro 2012 will be repaired at the Kryukov Carriage Works16-04-2021, 12:46
Novokramatorsk Machine-Building Plant has raised wages for the second time16-04-2021, 12:54
World Steel Association predicts a good year for metallurgists15-04-2021, 18:19
World Steel Association defines green steel and its variations12-04-2021, 13:14
China unlikely to cut steel capacity in 2021 due to high steel prices07-04-2021, 12:11
Scrap metal market at the beginning of April02-04-2021, 11:10
Rising Chinese Prices Fueled Rising Global Steel Prices - MEPS25-03-2021, 18:54
Sign in with: