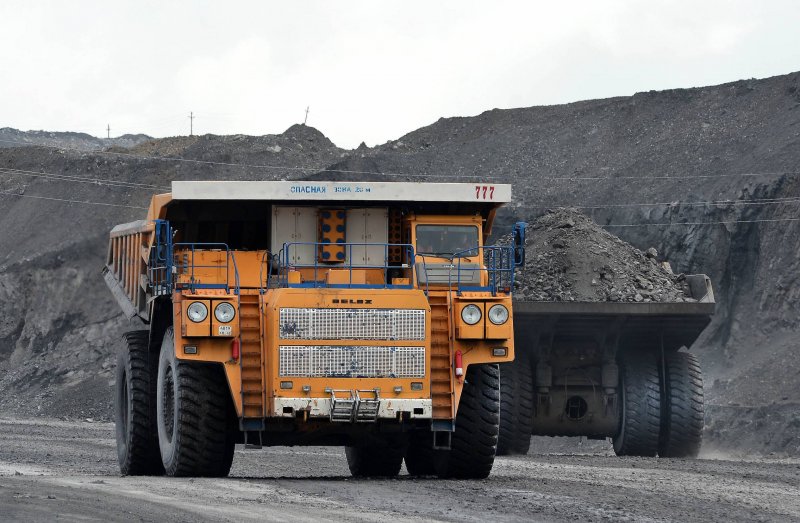 The Kuzbassrazrezugol company (an enterprise of the UMMC raw materials complex) has begun work on the third state professional standard (SPS) - “Technological vehicle driver”. In total, an industry working group led by a coal company will form four FGPs for open pit mining in Russia in 2021. “This is a lot of work and, although we already have experience, we understand that the deadlines are rather tight: everything must be ready by the end October, - comments the curator of the branch working group, head of the labor organization department of JSC MC Kuzbassrazrezugol, Diana Shcherbakova. - Therefore, as in the past year, we have distributed the development of the constituent parts of the three standards among the companies that are part of the industry working group, completely leaving behind the work on one GPS - “Technological vehicle driver.” Other coal companies will have to form decomposition of the standards “Conveyor operator "," Drilling Rig Driver "and" Vzryvnik "in terms of the labor process, layouts of professional standards and explanatory notes to each of them will be developed by Kuzbassrazrezugol Management Company. ... Recommendations and clarifications of colleagues will be included in the document layout, after which it will again be presented for their discussion. The specialists of the coal company plan to complete the formation of this professional standard by July this year. Recall that the development of state professional standards for workers in the coal industry is one of the instructions of the President of the Russian Federation Vladimir Putin, which he gave following a meeting with the leaders of the country's coal mining regions in August 2019. Kuzbassrazrezugol headed the development of the first gas-filling stations for the coal industry, methodological support is provided by UMMC. On the basis of the GPS, uniform qualification requirements will be developed for employees of all enterprises in the industry. In 2020, two GPS were formed: "Bulldozer driver" and "Excavator driver" - currently they are at different stages of implementation.

On this topic
MC "Kuzbassrazrezugol" completed work on the second state professional standard
Kuzbassrazrezugol started the development of the second GPS
"Kuzbassrazrezugol" has developed the first state professional standard
The TMK Board of Directors recommends accepting the voluntary offer of the TMK subsidiary in
"KRU" has presented the first draft state of profstandart
The professionalism of the criminal code "KRU" will appreciate the computer
Добавить комментарий
Комментарии (0)
News Analytics
The capacity of the domestic steel market in Ukraine in January-March decreased19-04-2021, 10:33
In Russia, there is an exuberant demand for agricultural machinery19-04-2021, 10:24
Iran is satisfied with the reaction of the world community to 60% enrichment of18-04-2021, 13:24
Gas prices in Ukraine have reached a record value over the past two years -16-04-2021, 17:24
Ukrmetallurgprom asks the Antimonopoly Committee to allow Metinvest to bid for16-04-2021, 17:23
World Steel Association predicts a good year for metallurgists15-04-2021, 18:19
World Steel Association defines green steel and its variations12-04-2021, 13:14
China unlikely to cut steel capacity in 2021 due to high steel prices07-04-2021, 12:11
Scrap metal market at the beginning of April02-04-2021, 11:10
Rising Chinese Prices Fueled Rising Global Steel Prices - MEPS25-03-2021, 18:54
Sign in with: