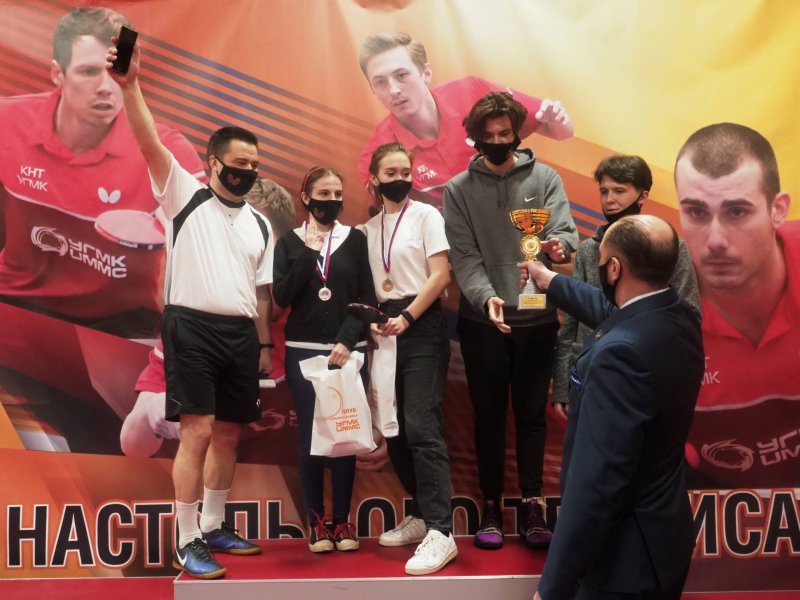 An annual table tennis tournament among media representatives traditionally organized by KNT UMMC took place in Yekaterinburg the day before.

Journalists and press workers of the Sverdlovsk region and Tyumen took part in the tournament. Among the participants were representatives of the "Oblastnaya Gazeta", "Studio-41", the Faculty of Journalism of the Humanitarian University, the press service of the administration of Yekaterinburg and others.

The judges were those about whom journalists usually write - tennis players of the UMMC. The referee team was headed by Nikolay Kamensky, referee of the international category.

The fight among men turned out to be bright, in which Alexander Mekhonoshin, a journalist and editor at SKB Kontur, won. His path in table tennis is a true story of his own progress. At the first tournament, which took place four years ago, he took the last place, after which he fell in love with table tennis and began to devote a lot of time to it.

“Thanks to the UMMC Table Tennis Club and this tournament in particular, I generally started playing tennis. I had never held a racket in my hands before, but after participating in a tournament I wanted to learn how to play. I went to the children's school, where they set up a base for me. Then I filmed a series of programs in which the UMMC coaches showed the basics of table tennis. All this helped me to get to the first place today ", - said the winner.

Danil Palivoda from the" Regional newspaper ", the champion of the 2019 tournament, became the second. Andrey Kashcha, press attaché of international competitions at the Aist springboard complex, and Andrey Varkentin, an employee of the press service of the Yekaterinburg administration, fought for the third place. The winner of the very first competition among journalists lost, bronze went to Varkentin.

Among the girls, Eva Orlova and Yulia Matveeva, representing the Faculty of Journalism of the State University, took first and third places, respectively. The silver medal was won by Elena Shirokova from the Studio-41 TV channel. The team of the Humanitarian University took the lead in the team tournament.