UMMC player will perform at the Paralympics 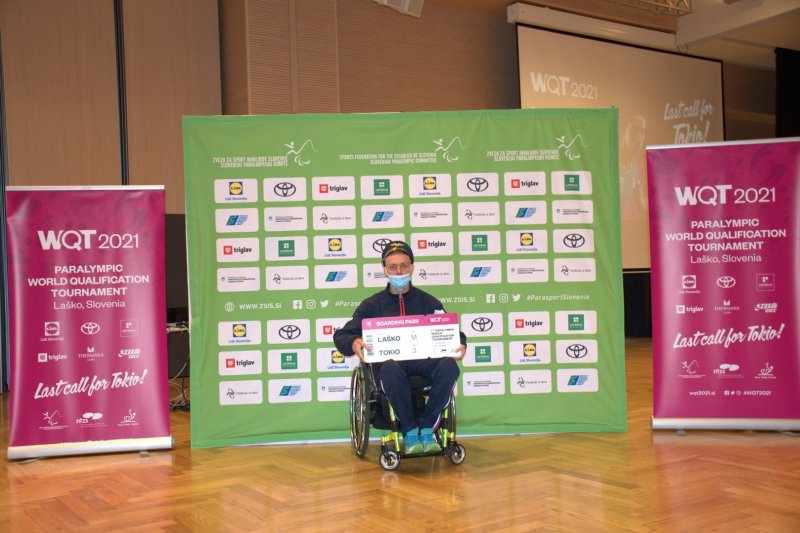 Tennis player of the UMMC and the Russian national team Vladimir Toporkov won the Paralympic qualifying tournament, which was held from June 3 to June 5 in the Slovenian city of Laško.

Our athlete ranked second in the ranking of participants in the competition, and a ticket to the Paralympics was only one. Having confidently won the group stage - three wins in three matches, Toporkov advanced to the main draw of the tournament.

Vladimir won the quarterfinal and semifinal matches with the same score 3: 0, leaving no chances first for the athlete from Korea, and then Ireland .

In the final, his main rival, the first seeded tournament Pole Maciej Nalepka, was waiting for him.

And the first game with a score of 11: 6 was won by an athlete from Poland. And in the second game segment, the result could not be in favor of Toporkov. He lost 9:10, but managed to equalize, and then turned the game over-under. As a result, the victory in the game remained with him - 14:12.

This moment became a turning point in the match, Vladimir Toporkov won the next two sets with a score of 11: 7 and 11: 6, the total score in the match was 3: 1 in favor of an athlete from Asbestos.

The Paralympic Games will be held in Tokyo from August 24 to September 5, Toporkov will perform in the category of athletes with musculoskeletal disorders.

Обозреватель рынка стали и цветных металлов. Пишу аналитические обзоры рынка для Металлургпром. More news and analytics on Metallurgprom telegram channel - subscribe to get up-to-date market information and price forecasts faster than others.
Сomments
Добавить комментарий
Комментарии (0)
On this topic
One of the best children's tennis tournaments in the country "UMMC-Open" has started in
SinTZ was visited by delegations of Japanese companies JFE Steel Corporation and Metal One
Gasified Metal Casting Lost Foam Casting
New Titan BKS9 dry shotcrete machine for mining, mines and mines
The TMK Board of Directors recommends accepting the voluntary offer of the TMK subsidiary in
The MUV5 4x4 diesel SUV is a reliable partner in harsh conditions
News Analytics
The production of passenger cars in Russia decreased by 2.8 times in eight29-09-2022, 11:19
Donetsk and Torez electrotechnical plants will start producing electrical29-09-2022, 11:37
Ukrainian coking plants reduced gross coke production by 55.2%29-09-2022, 11:28
China ramps up investment in transport to bolster economy29-09-2022, 11:33
The heads of mining companies named the main risks for business29-09-2022, 10:03
China production cuts in winter will give limited boost to steel markets -15-09-2022, 10:09
Steel prices may rise as manufacturers stop production11-09-2022, 14:06
IREPAS: The global long products market is in a "dramatic situation"10-09-2022, 20:49
Steel prices are unlikely to rise significantly in the near future - analysts02-09-2022, 22:58
Steel prices may move up on new data from China31-08-2022, 12:19
Sign in with: