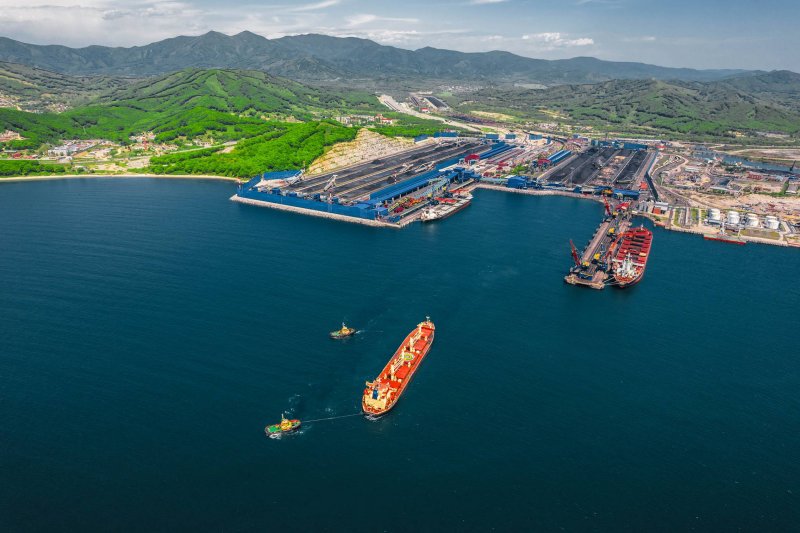 The quality of industrial, drinking and natural water in the area of ​​activity of Vostochny Port JSC meets the requirements of the Sanitary Rules and Regulations adopted in the Russian Federation. Such results were shown by the analysis of laboratory control based on the results of systemic environmental monitoring in the first half of 2021. During the reporting period, 189 water samples were taken, including sea water - 42, industrial - 78, natural - 40, drinking - 34 and for interlaboratory comparative tests - 15. effective environmental protection activities of the largest stevedoring company in the Russian Far East. Monitoring of the quality of industrial, drinking and natural waters is carried out by specialists of both our own accredited sanitary and ecological laboratory of Vostochny Port JSC and third-party laboratories. Monitoring data are quarterly transmitted to state regulatory authorities. It is worth noting that every year from July to September - during the swimming season - the stevedoring company pays special attention to monitoring the quality of sea water for chemical and microbiological indicators, as well as sea sand for sanitary and parasitological and sanitary microbiological standards. These observations are carried out by the ecologists of Vostochny Port together with the Primorsk Interregional Veterinary Laboratory not only in the port area and background points of Wrangel Bay, but also in the recreational areas of Shepalova and Triozero Bays, where popular recreation centers are located. conducted last spring by a group of ecologists from Vladivostok specializing in industrial environmental monitoring. As follows from the final report, ecologists did not find significant traces of industrial waste in the water area and anthropogenic impact on the bottom landscapes of the bay. And the concentration and species diversity of aquatic organisms observed during deep-sea diving, in the opinion of ecologists, indicate a satisfactory state of the ecosystem of the Wrangel Bay. Including, directly at the cargo berths of the "Vostochny Port". It is also worth noting that today JSC "Vostochny Port" is the only stevedoring company in the Primorsky Territory that has its own industrial water purification system. The production sites are equipped with nine local "Ecoline" facilities operating using the best available technologies with high quality water purification. As part of its own comprehensive environmental program, in the implementation of which the enterprise invested about 6 billion rubles, part of the equipment was technically re-equipped and modernized. REFERENCE JSC "Vostochny Port" (microdistrict . the village of Wrangel, Primorsky Territory) - the largest specialized terminal in Russia with high-tech coal transshipment. The stevedore enterprise provides export transshipment of coal from various Russian producers. The terminal's cargo turnover in 2020 amounted to 26.85 million tons of coal products. JSC "Vostochny Port" at all stages of transshipment of coal to sea transport uses a set of the best available technologies that minimize the impact of production activities on the environment. In particular, these are closed car dumpers, covered conveyor lines, transfer stations with aspiration systems, as well as ship-loading machines equipped with a local and all-season coal flow irrigation system, ensuring hermetic loading of coal into the holds of ships. The environmental safety of the enterprise is also ensured by aspiration systems, dry fog systems. and irrigation of coal piles with water cannons and snowmakers. Along the perimeter of the terminal, 20-meter metal windscreens with a total length of 3 kilometers are installed. Today these are the largest protective structures in the Far East. JSC "Vostochny Port" is the first coal terminal in the Far East, certified in accordance with the requirements of the international standard ISO 14001: 2015 "Environmental management systems. Requirements and application guidelines. ”At the beginning of September 2019, the third stage of a specialized coal complex was commissioned, which will increase the volume of transshipment to 50-55 million tons per year. The largest private investment port project worth over 40 billion rubles. implemented without government funding. The third stage is more than 600 newly created highly qualified jobs and about 25 billion rubles. tax deductions to the budget until 2026. In order to facilitate the implementation of urgent projects aimed at the social development of the Wrangel microdistrict, Vostochny Port JSC established the Vostochny Port Social and Environmental Initiatives Support Fund. The Foundation is a platform for direct, open dialogue with the residents of Wrangel, an effective mechanism for supporting social work. Currently, within the framework of the Fund, 12