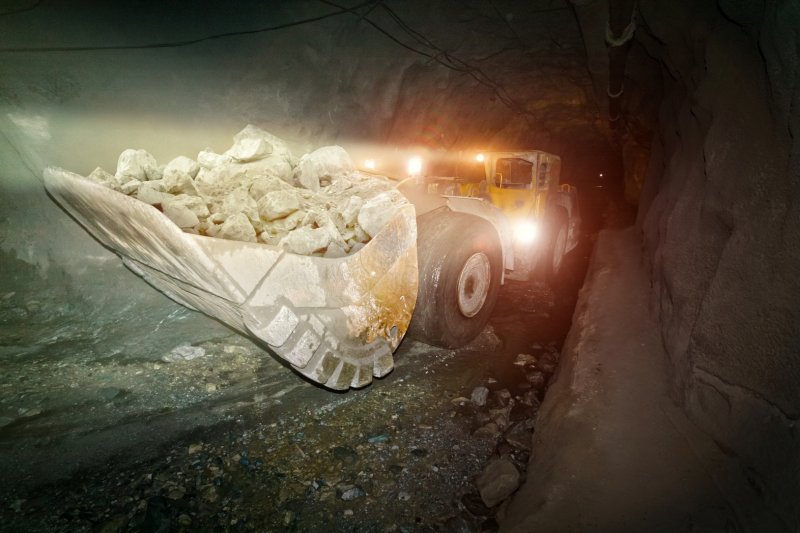 A record amount of ore - 817,030 tons - was mined by the collective of the Underground mine of PJSC "Gaysky GOK" (an enterprise of the UMMC raw materials complex) in August 2021, having fulfilled the production plan by 110.2 percent.

“In August, the production plan provided for the extraction of 741,000 tons of ore, but our team was able to overfulfill the task with hard work and extract 76,000 tons of ore more,” said the head of the underground mine Dmitry Nesterenko.

Congratulating the staff of the underground mine on their labor achievement, Gennady Stavsky, Director of PJSC Gaysky GOK, noted that this success is the contribution of workers of all sections of the underground mine - both mining and auxiliary: -technical department, engineers, section managers, mining foremen, specialists of all services, who provided competent management of the shop's work and solved organizational issues. But the main characters are tunnellers, drillers, drivers of LHDs and dump trucks, special equipment, explosives, hoisting machine operators - everyone who is directly involved in the process of mining and transporting ore! Of course, the employees of the Mine Construction Directorate of the Combine are involved in this labor record, as they perform a large amount of capital mining and construction and assembly work at different horizons and mine shafts, preparing a working foothold for miners. ”

In total In 2021, the collective of the underground mine plans to produce 8.7 million tons of ore, over the past eight months, more than 5.9 tons have already been mined.

On this topic
The Governor of the Orenburg Region and the Director of the Gaysky GOK launched a new production
Gaysky GOK plans to send about 130 million rubles to charity in 2021
Miners of the Gaysky GOK Underground mine set another production record
Gaysky GOK underground mine produces record 8.3 million tonnes of ore
A new Ice Arena opened in the Orenburg city of Gai
Gaysky GOK will be the first in Russia to test a new domestic drilling rig
Partner news
Сomments
Добавить комментарий
Комментарии (0)
News Analytics
How the US became the world's largest Bitcoin mining hub20-10-2021, 13:26
New gold rush begins in South Africa due to coronavirus pandemic19-10-2021, 20:55
Siemens specialists conducted an audit of Interpipe as a qualified supplier19-10-2021, 18:32
MMK has been tested according to the Renault-Nissan-Mitsubishi alliance standard19-10-2021, 14:49
National Security and Defense Council of Ukraine will check 256 permits for19-10-2021, 14:34
In Europe, the stainless steel market unexpectedly "sank" - MEPS30-09-2021, 12:08
Oil prices to surpass $ 90 by year end due to shortages - Goldman Sachs27-09-2021, 10:58
Moody's changes its outlook for the mining and metals industry from "positive"14-09-2021, 18:39
European steel prices decline from summer highs and remain stable high04-09-2021, 10:38
Rise in European steel prices to dizzying levels finally fizzled out - Bloomberg27-08-2021, 13:18
Sign in with: