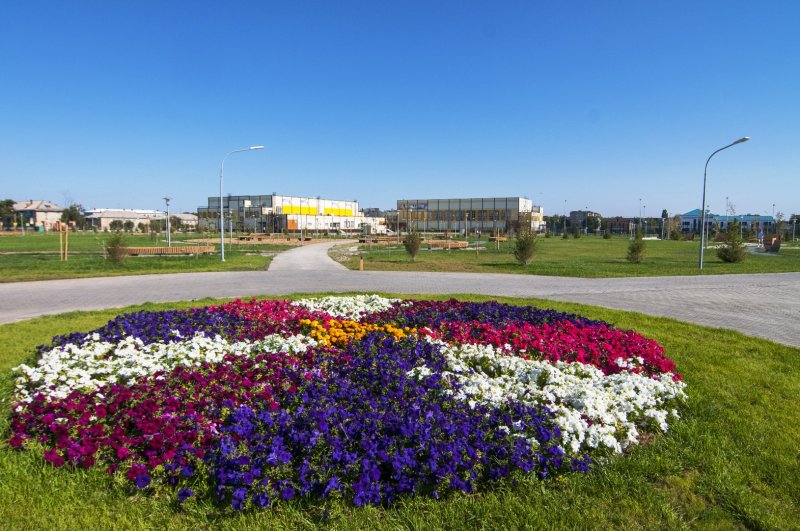 About 130 million rubles are planned to be allocated by Gaysky GOK (an enterprise of the UMMC raw materials complex) in 2021 for the development of the infrastructure of the Gaysky urban district and charitable projects.

“As a city-forming enterprise, Gaysky GOK together with UMMC, which it is part of, as well as with the support of the Orenburg region administration, are implementing many large social investment projects on the territory of the Gaysky city district,” says Alexander Mikhin, deputy director for general issues of the Gaysky GOK. - In the summer of this year, it is planned to complete the renovation of the city polyclinic. A huge amount of work was carried out with the financial support of Gaysky GOK: a major overhaul of the polyclinic building was carried out with the replacement of engineering communications and redevelopment of premises - to expand the corridors and create more free space in front of the offices. In previous years, the plant financed the repair of the second and third floors. Currently, the first floor of the medical unit has been repaired: the reception, the dressing room, the transition from the antenatal clinic to the polyclinic. A separate entrance from the street to the office of an infectious disease doctor has been built. The renovation of the central entrance group is coming to an end, separate emergency exits from the clinic are being created. The GOK also intends to tidy up the territory - to trim shrubs and trees, lay new asphalt near the building. The total amount spent by the Gaysky GOK on the repair of the polyclinic will amount to more than 20 million rubles. ”

About 10 million rubles are planned to be spent on landscaping the city park of culture and recreation, as well as on landscaping other areas of Gaya. Let us remind you that in the city park, with an area of ​​180,000 square meters, there is a sports complex and an Ice Arena, built with funds from UMMC and GGOK with the support of the region.

“Now the main task is to preserve the entire numerous green area in the park. Given our hot and dry summers, this is no easy task. Constant watering both in the city and in the park is carried out at the expense of the mounted irrigation system and with the help of special equipment of the motor transport department of the Gaysky GOK, - says the deputy. Director for General Issues of Gaysky GOK A. Mikhin. “In addition, to work in the park, Gaysky GOK plans to purchase lawn mowers and a Belarus tractor with attachments for cleaning snow, for this, funds in the amount of 4 million rubles have been allocated.”

This year, the GOK funds are being improved the next, already the sixth, adjoining territory. The cost of her transformation is about 2.8 million rubles. Funds are allocated by the Gaysky GOK to the deputies for the execution of the orders of the voters. In addition, this year funds are allocated for the design of land plots for the construction of houses for large families, as well as design work for the construction of a four-lane highway for the city avenue. Within the framework of the social partnership agreement, Gaysky GOK will provide financial assistance to the Iriklinsky settlement of the Gaysky urban district in carrying out work on the organization of individual heating and water supply for private and apartment buildings. More than 15 million rubles will be allocated for the implementation of this project. In addition, the GOK will purchase 38 bunkers for the collection of oversized waste for the villages of the municipality. The plant also helps the territories of its presence. It is planned to allocate 5 million rubles each to the municipalities of the Dombarovsky and Kvarkensky districts.

Финансовая аналитика, прогнозы цен на сталь, железную руду, уголь и другие сырьевые товары. More news and analytics on Metallurgprom telegram channel - subscribe to get up-to-date market information and price forecasts faster than others.
Сomments
Добавить комментарий
Комментарии (0)
On this topic
NLMK Board of Directors has appointed the Annual Shareholders Meeting for April 19, 2019
One of the best children's tennis tournaments in the country "UMMC-Open" has started in
Manual Vacuum Forming Machine
Mikhailovsky GOK presented to the head of the Ministry of Natural Resources unique projects for the
Minute of silence, Fate of a soldier, procession of historical military equipment, planes in the
NLMK Group's Corporate University became a member of the EFMD international community
News Analytics
The production of passenger cars in Russia decreased by 2.8 times in eight29-09-2022, 11:19
Donetsk and Torez electrotechnical plants will start producing electrical29-09-2022, 11:37
Ukrainian coking plants reduced gross coke production by 55.2%29-09-2022, 11:28
China ramps up investment in transport to bolster economy29-09-2022, 11:33
The heads of mining companies named the main risks for business29-09-2022, 10:03
China production cuts in winter will give limited boost to steel markets -15-09-2022, 10:09
Steel prices may rise as manufacturers stop production11-09-2022, 14:06
IREPAS: The global long products market is in a "dramatic situation"10-09-2022, 20:49
Steel prices are unlikely to rise significantly in the near future - analysts02-09-2022, 22:58
Steel prices may move up on new data from China31-08-2022, 12:19
Sign in with: