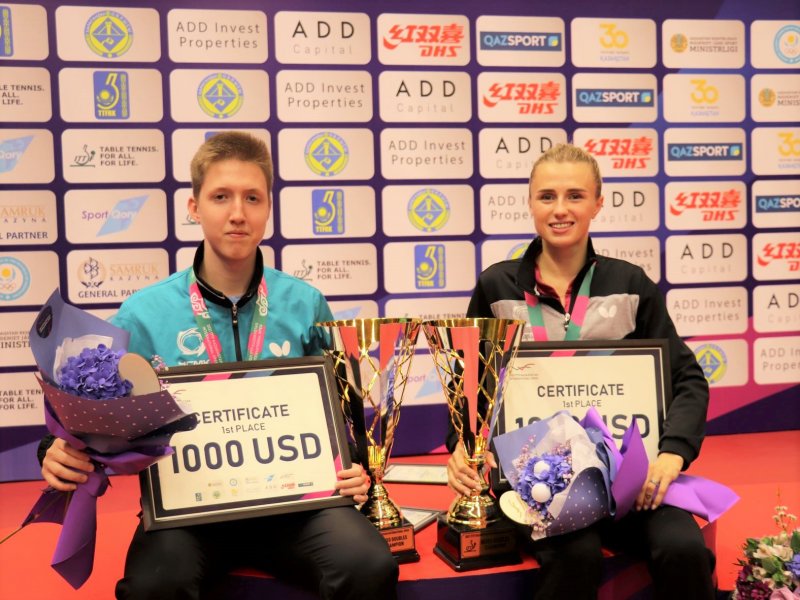 In the singles final, she beat Russian Ekaterina 4: 2 Okhotnikov. In doubles, Kotsyur, together with Valeria Shcherbatykh, beat a duet from India Kaushani Nat and Prapti Sen - 3: 2.

In the mixed pairs competition, Kotsyur was joined by tennis player from UMMC and the national team of the Sverdlovsk region Maxim Kaburkin - and again a gold medal, Muhammad Uktamboev /Sogdiana Madalieva from Uzbekistan was defeated with a score of 3: 0.