World Oil Demand Peak May Be Over - BP

the global consumption of liquid hydrocarbons after the Covid-19 pandemic will recover to its previous level and “will remain generally at 100 million barrels per day. in the next 20 years 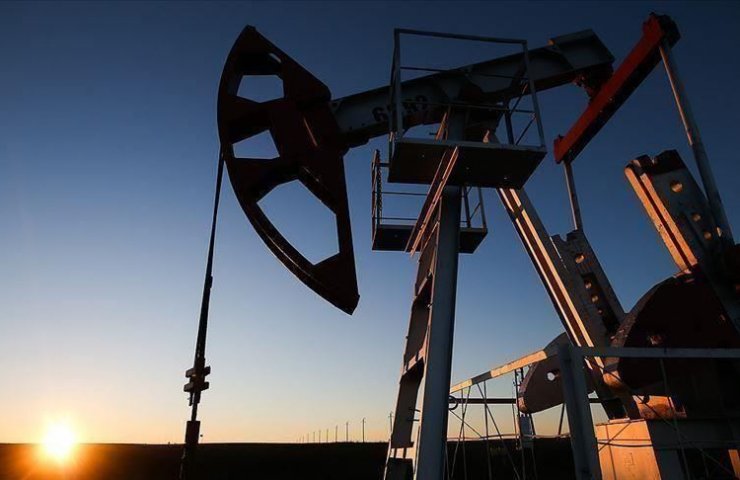 Global oil consumption may not return to pre-Covid-19 levels, BP said in a new release of its annual global energy forecast. The company has developed three scenarios for the period up to 2050, of which even the most conservative scenario allows only a temporary return of global oil demand to the pre-crisis level. According to two other scenarios, oil consumption will only decline.

In Russia, if the conservative scenario is implemented, a slight increase in oil consumption is possible in the next 30 years, BP believes. In other scenarios, BP economists expect oil demand in Russia to fall by 40-60% by 2050 compared to pre-pandemic levels.

BP named the most conservative scenario Business-as-usual. According to this scenario, the global consumption of liquid hydrocarbons after the Covid-19 pandemic will recover to its previous level and “will remain generally at the level of 100 million barrels per day. in the next 20 years, before dropping to about 95 million barrels per day. by 2050 "

The second scenario developed by BP experts provides for a fairly rapid increase in the environmental friendliness of the global energy industry and a decrease in carbon dioxide emissions. Called the Rapid Transition scenario, this scenario is based on the assumption that energy regulators will take a series of measures that will reduce carbon dioxide emissions by 70% by 2050 from pre-crisis levels.

The third scenario, dubbed "Net Zero", envisages a reduction in carbon dioxide emissions in the energy sector by 2050 by "more than 95%." This scenario can be realized if, in addition to the measures that will be taken by regulators (the aforementioned "fast transition" scenario), there are "significant shifts in social behavior and preferences," the BP forecast notes.

The Rapid Transition scenario assumes that global oil demand by 2050 will decrease by about 50% compared to the pre-crisis level. The implementation of the "Clean Zero" scenario will lead to a drop in oil consumption by almost 80%, BP analysts believe.

These three scenarios cover a wide range of possible options for the development of the global energy industry, although they do not provide an exhaustive description of all possible consequences, the forecast emphasizes. “The large number of uncertainties means that the likelihood that any of these scenarios will be exactly fulfilled is negligible,” BP CEO Bernard Looney said in his opening remarks to the forecast.

But in all three scenarios developed by BP, the world's population will be less dependent on fossil fuels, and the share of renewable energy, including wind and solar energy, will increase, the document says.

Recommended:
Ukraine imposed sanctions against rolled steel from Belarus
Indian Tata Steel will replace Australian coal with Russian coke
S&P Global assigned Viktor Pinchuk's Interpipe a 'B' rating with a stable outlook
On this topic
Global steel consumption in 2020 will be reduced by 6.4% - Worldsteel
Express analysis of the steel market in the new economic environment: companies prepare for a
Metallurgical market trends - 2020
Green deal the EU could change the demand for metals
Prospects for the development of the economy and steel market in the EU in 2019-2020
The price bubble in the ore market will soon deflate quickly
Add a comment
Сomments (0)
News Analytics
Россия заместила украинские ж/д колеса казахстанскими01-12-2020, 09:59
Ноябрьский спрос на легковые авто в Украине обвалился на 17%01-12-2020, 09:20
German high-speed trains will ride on Ukrainian wheels30-11-2020, 16:26
Diplomatic squabble between Beijing and Canberra crashes coke imports into China30-11-2020, 15:53
The European Commission announced the reduction of industrial emissions by 2%30-11-2020, 15:43
European Union scrap collectors worried about possible export restrictions18-11-2020, 10:41
Occupational diseases of workers in the extractive industry: types and ways to16-11-2020, 17:49
Eurofer expects recovery in EU steel demand05-11-2020, 09:47
Hot rolled carbon steel demand will continue to grow by 4% pa until 203004-11-2020, 16:14
Platts Steel Trade Review: China Will Decide Asia's Fate30-10-2020, 10:04
Sign in with: