Prices continue to rise in the long and flat steel markets

Analysts of Ukrpromvneshexpertiza predict in September that CIS suppliers will strive to continue raising prices for rolled products in the Black Sea ports, as consumers from the US and the EU will enter the market after the holiday season, increasing the level of demand. 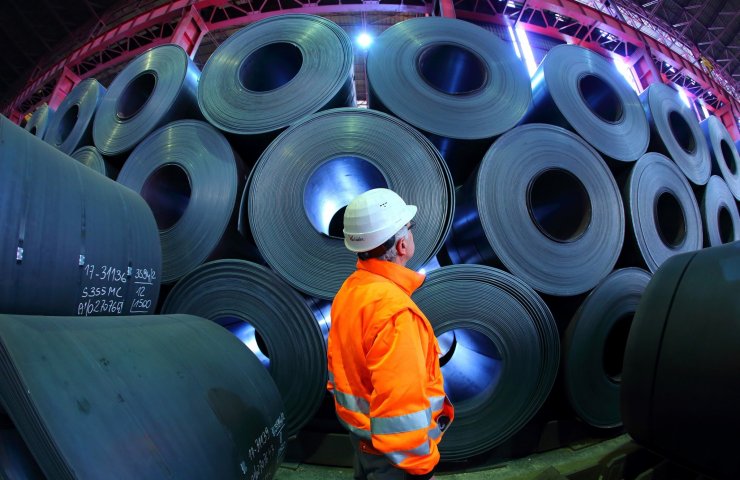 During August, prices for long rolled steel continued to recover gradually in most regions due to the lifting of the strict quarantine and activation of orders for the autumn period. Average monthly billet prices, depending on the region, increased by $ 23-28, rebar and wire rod prices increased by $ 30-33 and $ 26-37, respectively. The market was supported by an increase in prices for scrap (+ $ 29 versus July) and iron ore (+ $ 12).

China continues to be the growth driver due to stable domestic demand. In the first week of September, local billet prices in China rose by another $ 13 to $ 509-528 /t exw with 13% VAT. Domestic prices for rebar and wire rod increased by $ 10-12 compared to the last week of August to $ 562 /t exw and $ 585 /t exw with 13% VAT. Following this, Chinese importers began to accept higher procurement offers. In turn, this contributes to the strengthening of the upward sentiment in the markets of Southeast Asia. Billet supply in the region increased by $ 5-10 to $ 435-455 /t cfr. The minimum import prices for rebar and wire rod in Southeast Asia increased by $ 15. Rebar deals were concluded at $ 485-495 /t cfr, wire rod - $ 495-510 /t cfr.

In recent weeks, there has been an intensification of demand for long products in the markets. In anticipation of the intensification of construction work in early autumn, producers from the Middle East and North Africa raised their quotations for September products by $ 4-27. In the MENA import markets, billet price in the first week of September rose by $ 10 to $ 425-440 /t cfr. Rebar deals were in the range of $ 455-485 /t cfr.

Taking advantage of the favorable situation on the scrap market and the growing demand in construction, Turkish companies are raising prices for billets and finished rolled products. Over the past two weeks, billets on the Turkish domestic market have risen by $ 10 to $ 425-435 /t exw. Domestic prices in the first week of September increased by $ 9-10 to $ 457-462 /t exw.

An increase in orders is noted in the long-range steel market in the EU. By the beginning of September, European companies managed to increase quotations for rebar on the domestic market by € 10-25 to € 435-470 /t with delivery.

Utilization of Ukrainian capacities in the segment of long products in August amounted to 39.5%, which is 0.7 pp. lower than in July. A slight decrease in rolled metal output in August was due to forced stops for repairs, as well as the traditional lull in trade at the peak of the holiday season.

According to the forecasts of Ukrpromvneshexpertiza experts, the traditional revival of business activity after the summer pause and the need to maintain warehouse stocks to cover demand during the autumn construction cycle will help maintain an upward trend in the rolled steel market. In the context of high scrap prices, producers will insist on further price increases. At the same time, the threat of the second wave of COVID-19 and unfavorable forecasts for a slowdown in the global economy and a reduction in rental consumption in most regions will deter buyers from active purchases and increase their resistance to significant price increases.

In the regional flat products markets, the rapid growth of domestic demand in China since the second half of May has created favorable conditions for suppliers. The majority of exporters focused on this market, which contributed to the increase in prices in May-July by $ 75-90 from the level of the local minimum. In August, the positive price trend continued and, as a result, prices increased on average by another $ 30-50. The demand factor in Southeast Asian countries was supplemented by the demand factor in the Turkish market and in the EU countries, as well as a significant increase in the cost of raw materials.

In Turkey, manufacturers of thin-sheet products were able to raise prices once again. Throughout August, this trend was supported by the level of demand, the rise in prices for steel scrap, iron ore and imported slabs. Local producers of hot-rolled and cold-rolled steel at the end of the week sold their products at $ 525-535 and $ 575-585 /t exw, respectively, which is $ 25-35 higher than at the beginning of August.

Back in the last ten days of August, suppliers of thin-sheet products from the CIS fully concentrated on the sale of October rolled products. According to the latest available information, the prices of deals of hot-smoked and cold-smoked coils in the Black Sea ports, according to the latest available information, increased by $ 50-60 over the month to 490-505 and $ 545-545 /t fob, respectively.

In the Italian domestic market, rolled steel prices have risen due to increased demand in Europe and an increase in ArcelorMittal's base prices. Thus, the real range of deals in the country for hot-rolled and cold-rolled steel amounted to 435-455 and 520-550 € /t exw, € 40-60 higher than a month earlier.

Финансовая аналитика, прогнозы цен на сталь, железную руду, уголь и другие сырьевые товары. More news and analytics on Metallurgprom telegram channel - subscribe to get up-to-date market information and price forecasts faster than others.
Сomments
Add a comment
Сomments (0)
On this topic
In March, the rise in prices for metallurgical products in all markets will increase -
Sharp price growth continues in the rolled metal market - Ukrpromvneshexpertiza
Positive price growth is observed in the markets for metallurgical products
On the regional markets of metallurgical products, prices are balancing in a narrow corridor
Steel raw material prices are skyrocketing across the board
Downward price trend begins in steel markets
Recommended:
Stopped Zaporizhzhya NPP will not resume operation until the shelling stops
Chinese Steel Sector Turned Into Profit and Ready for New Growth
Naftogaz launches new arbitration against Gazprom
News Analytics
Ukrainian court invalidated sale of Ferrexpo Plc shares in 200222-09-2022, 12:45
EU Commission not doing enough to save aluminum industry - associations21-09-2022, 11:07
Steel market in Europe expects big production cuts due to weak demand20-09-2022, 11:13
Ford warns investors to cut car deliveries due to parts shortages20-09-2022, 10:43
The price of lithium resumes insane growth after Elon Musk's remarks20-09-2022, 10:54
China production cuts in winter will give limited boost to steel markets -15-09-2022, 10:09
Steel prices may rise as manufacturers stop production11-09-2022, 14:06
IREPAS: The global long products market is in a "dramatic situation"10-09-2022, 20:49
Steel prices are unlikely to rise significantly in the near future - analysts02-09-2022, 22:58
Steel prices may move up on new data from China31-08-2022, 12:19
Sign in with: