coal Prices can demonstrate the most significant drop in annual terms over the decade, predict industry experts. 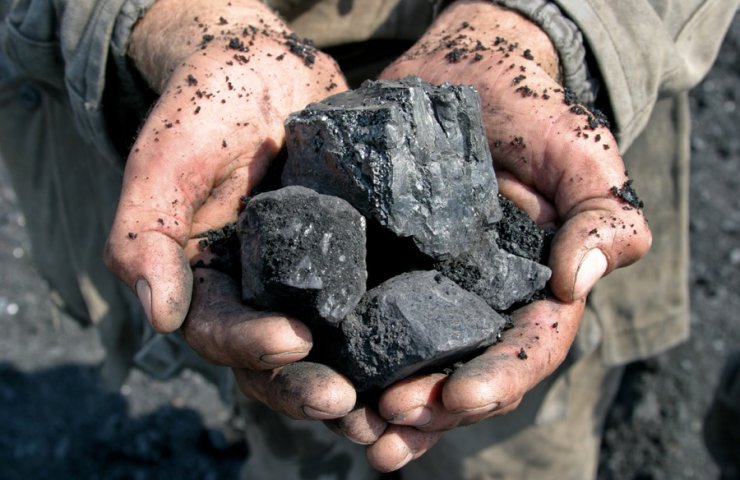 Prices for thermal coal on the spot market since the beginning of 2019 fell by 39%, to 52.35 USD per ton, according to the Agency S&P Global Platts. It noted that, if prices did not recover until the end of the year, the drop is the biggest since 2007.

Reduction of energy demand, the excess LNG and China's attempts to become more self-sufficient in terms of coal production are putting pressure on prices of coal.

In Europe, India and Japan, the reduction or slowing of growth in steel production has led to falling prices for coking coal. Spot prices since the beginning of this year fell by 38% to 136 USD per ton.

Falling coal prices have hurt the American manufacturers, leading to the bankruptcy of some companies such as Blackhawk Mining LLC, and Westmoreland Coal Co. At the same time, it can ease the pressure on steel producers in Europe, where the decline in sales and rising costs have a negative impact on profitability.

"the Main problem in both markets is excess supply," said a senior Director of IHS, Markit David Price. "The Outlook for the thermal coal market next year does not look good. The situation of coking coal looks a little better, but the impact on international prices will still have China," he said.

coal Consumption in the world declined in 2019 compared with a year earlier, said the International energy Agency (IEA) last week. This is mainly due to the anticipated reduction in the production of electricity more than 250 TWh.h, or more than 2.5%, which is record fall.

the engine of consumption in the global coal market remains China, which accounts for about half of total demand. In recent years, Beijing seeks to increase the consumption of Chinese coal due to supply constraints from other countries, e.g. Australia, which also puts pressure on prices.

"the Chinese government wants to reduce dependence on imported coal," says industry analyst of the consulting company CRU Group Manjot Singh. "They intend to protect domestic industry, since it is a source of jobs for a large number of people", - said the expert.

as a result of these efforts, the coal in China is becoming more than in international markets, says Singh. However, prices in China may decline as domestic consumption increases and new infrastructure makes the transportation of coal in the country is cheaper.

Additional pressure on the price of coking coal has slowing steel production.

steel Production in six of the 10 largest oil producing countries may be reduced in the current year, according to the world steel Association (World Steel Association, WSA).

Recall that the European Union has decided to completely abandon the coal in the coming years due to its high emissions CO2. Program on the abandonment of coal in the EU is estimated at tens of billions of dollars. Taken last month European Green Agreement sets how to make Europe the first continent climate neutral by 2050, strengthening the economy, improving health and quality of life.

Финансовая аналитика, прогнозы цен на сталь, железную руду, уголь и другие сырьевые товары. More news and analytics on Metallurgprom telegram channel - subscribe to get up-to-date market information and price forecasts faster than others.
Сomments
Add a comment
Сomments (0)
On this topic
S&P Global Platts predicts first drop in domestic steel demand in China in 5 years
Platts: Real steel demand in China will fall by 36% in the first quarter
Platts: steel Market of China will not be able to recover until the second half of the year
Platts: a new policy of India in relation to the steel scrap is of concern
Platts Steel Trade Review: China Will Decide Asia's Fate
China unlikely to cut steel capacity in 2021 due to high steel prices
Recommended:
Eurofer expects EU steel demand to fall 4.6% in 2022 and 1.6% in 2023
China's crude steel production in 2022 falls for the second year in a row
World steel production in December 2022 collapsed by 10%
News Analytics
Eurofer expects EU steel demand to fall 4.6% in 2022 and 1.6% in 202305-02-2023, 13:31
EU Green Deal should encourage investment in mild steel projects: Eurofer02-02-2023, 16:32
Belarusian steel plant to operate at full capacity from February02-02-2023, 16:56
British Steel considers cutting up to 1,200 jobs at Scunthorpe02-02-2023, 11:50
Electric vehicles will play a key role in US aluminum production growth - Norsk01-02-2023, 12:17
European stainless steel producers ready to raise prices31-01-2023, 16:16
S&P: Russia will continue to dominate the steel export market in the Black05-01-2023, 11:22
Fitch Analysts Predict Big Drop in Global Steel Consumption This Year14-12-2022, 13:59
Analysts predict 5% annual growth in the iron casting market through 203006-12-2022, 12:44
Commodity prices will fall, metals quotes will rise slightly - Focus Economics28-11-2022, 13:28
Sign in with: