Is steel production possible without coal and natural gas?

Hydrogen technologies are becoming more accessible thanks to the political will of the leaders of advanced countries such as Sweden. 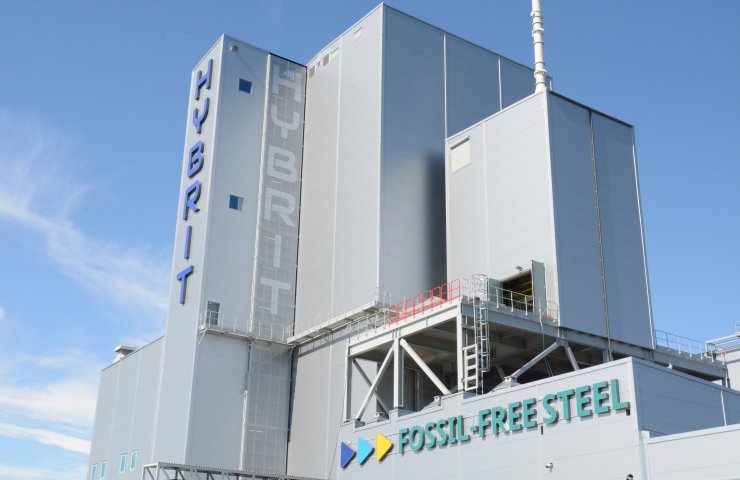 Steel is arguably the most important resource in infrastructure construction. From roads and railways to the skeleton of most buildings, it sits at the heart of nearly every city on earth. In these cities, cars on the roads, cutlery in our kitchens and furniture in our offices all depend on steelmaking. However, making steel is an incredibly energy intensive process, and the vast majority of this energy comes from fossil fuels. Globally, steel accounts for 7-9 percent of all direct emissions from fossil fuels. Most of these emissions come from the combustion of coal, accounting for 89 percent of the energy use for a converter-oxygen blast furnace (BF-BOF) and 11 percent of energy for an electric arc furnace (EAF). Of these two types of steel, the much more common BF-BOF, which accounts for 75 percent of the steel produced in the furnace, compared to 25 percent from EAF.

One of the main challenges for the steel industry in the modern era is to reduce carbon emissions. Unfortunately, the price of energy is 20 to 40 percent of the cost of steel production, so in reality, for most large producers, "green steel" is simply not available. But soon everything may change with the rapid development of hydrogen energy.

On August 31, the Swedish company HYBRIT officially launched a pilot program to produce carbon-free steel, replacing natural gas with hydrogen. The opening ceremony was attended by Swedish Prime Minister Stefan Löfven, along with the Minister of Environment and Climate, Deputy Prime Minister, President and CEO of SSAB, President and CEO of LKAB, and President and CEO of Vattenfall. This pioneering program aims to bring fossil-free steel to market by 2026. It aims to replace coking coal with renewable electricity and hydrogen in a process that will produce steel and water rather than steel and carbon dioxide.

Researchers have calculated that "hydrogen" steel will be at least 20 - 30% more expensive in terms of cost compared to current technologies. At the same time, McKinsey is confident in the bright prospects for hydrogen technology, stating that "rising carbon dioxide prices and lower hydrogen prices are critical to making cleaner steel economically viable (at cost)." Therefore, if there is a political will (the so-called political will) to make this transition, the production of non-fossil steel is a fait accompli.

Supporters of the steel industry will immediately note that most of the steel produced is used in renewable energy and more than offset its carbon footprint throughout its life. For example, a 3 megawatt wind turbine can generate 80 times more energy in 20 years than is used to produce it and materials for maintenance.

If the Swedish-led steel industry does manage to go green, it will be another tough blow to the coal industry, which is under attack from all sides as low-carbon and carbon-free alternatives gain popularity. Steel companies such as SSAB are well aware that investors are increasingly focusing on emissions, and the fact that their share price jumped from $ 26.61 to $ 27.48 on the opening day of the HYBRIT pilot is just further evidence. the fact that electricity costs are not the only economic incentive in the game.

Steel may indeed go green in the not too distant future.

Recommended:
Wi-Fi technology in DTEK mine entered the Ukrainian Book of Records as the first and deepest in the country
The capacity of the Ukrainian rolled metal market in eight months of 2020 increased by 3%
Australian aborigines fired boss of world's largest mining company
On this topic
Minamaneho of Ukraine: Europe is moving away from coal consumption
The transition to a carbon-free economy is actually not as expensive as they say - the experts
Heating season in Ukraine: where there can be problems with heat and why
What do steel, cement and livestock have in common?
Long road to green steel
Steel remains the main material for the automotive industry
Add a comment
Сomments (0)
News Analytics
Indian state steel company to sell non-core assets19-09-2020, 18:50
Largest US steel company to lose $ 100 million in Q319-09-2020, 18:50
UN experts believe that the worst-case scenario for the Ukrainian economy can19-09-2020, 18:47
KZhRK miners' strike threatens with loss of sales markets without prospects of16-09-2020, 21:51
Privatization of the alcohol industry has started in Ukraine16-09-2020, 14:56
Iron ore prices to surpass six-year high soon16-09-2020, 10:32
World Oil Demand Peak May Be Over - BP15-09-2020, 09:05
China expands car market capacity by increasing demand for steel and metals11-09-2020, 10:56
Prices continue to rise in the long and flat steel markets08-09-2020, 14:25
Difference between ferrous and non-ferrous metal28-08-2020, 13:45
Sign in with: