Blast furnace tragedy. Black page of the history of the Dnieper steel plant

Over the past quarter of a century, a lot has changed, and now a new modern DP №1M stands on the site of the exploded furnace. 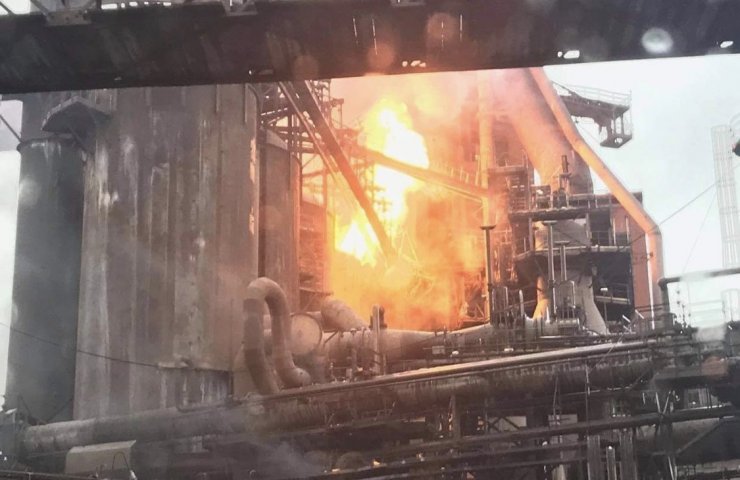 On September 7, 1993, an accident occurred in blast furnace # 7. The scale was impressive. According to preliminary data, as the newspaper "Znamya Dzerzhinka" immediately wrote, 29 people were injured. September 10, 11 and 12 were declared days of mourning in the city.

Thanks to the combine's doctors, within 20 minutes after the explosion, 16 victims (four died on the spot) were taken out of the scene. Doctors and medical staff of the emergency hospital, together with specialists from the Republican Burn Center and the Dnepropetrovsk Medical Institute, selflessly fought to save those who were on the brink of life and death, but ... But new names of those who died from burns were added every day. The explosion claimed the lives of 18 people. Most are young, full of strength men. Many have families and small children.

Hundreds of metallurgists and townspeople responded to the call to donate blood. People also donated personal savings, hundreds of millions of rubles were transferred to the fund to help the victims and the families of the victims. Even taking into account the then inflation, the amounts were considerable. As of September 23, the amount was about 870.7 million rubles, and the funds continued to flow. Everything was done to provide the victims with highly qualified medical care, the most modern drugs, the most effective medicines were delivered, including from abroad - France, Germany, Cuba.

It is worth remembering that all the burial expenses were covered by the plant, paying the families of the victims the material assistance provided in such cases, and also provided support to the victims. Aid was also received through the state line and in the form of voluntary donations.

Lyudmila Ivanovna Kozina worked as a crane operator in a blast furnace shop. She recalls:

- At that time, I worked on two ovens at once - 7th and 8th. On that terrible day, I went to the first shift. In the morning I worked at the G8, and later went to the seventh. It was about half past one. Already approaching the stove, I met my partner, also a crane operator, Lyuba Bordunova. Together with the furnaceman Sasha Vasilenko, we went to the rest and meal room. They had just sat down when they heard a terrible noise. The front doors slammed shut by themselves. For some reason, the thought immediately occurred to me: "The stove exploded" Sasha began to calm me down. And then from behind the door there was a smell of heat, shouts came: "Help!" We rushed to the emergency exit, but the door was locked.

In a word, we ended up in a stone sack. There was nothing to breathe. Then Alexander began to kick down the doors. When we finally got out, we saw a ruined stove, scattered debris around, and where there was a passage before, there was a lot of water, probably knee-deep boiling water. We began to call for help, but then we started to make our way, having received burns. We got to the gas station, and there were already a lot of fire trucks, police, ambulances. And below - water again. And then a young man, an electrician, took me in his arms and carried me. Then they began to take the victims out. Someone was led under the arms, someone was carried on a stretcher. I will never forget this terrible sight. My heart was bleeding ...

Recalls Alisa Vladimirovna Martinova who then worked in the blast-furnace shop as an operator of aspiration and ventilation units:

- My workplace was just opposite the seventh furnace, just across the overpass. After the explosion in the turbine room, darkness fell, outside the window everything was covered with a black row. This dust settled long enough, and when finally there was a small gap, I immediately went and quickly turned off the installation. I went outside and gasped - no blast furnaces! I ran to the sinter plant to call my boss, as my phone no longer worked. He told me to stay put and be in touch whenever possible. I wanted to go closer to the explosion site, I thought maybe I needed help, but I couldn't, because there was hot water above the knee.

I want to tell you a little about the senior foreman for gas works Nikolai Ivanovich Krasnyansky. On that fateful day, his team performed repair work on the 7th furnace, and now half an hour before the tragedy, he suddenly gives the command to finish the work and everyone to leave the furnace. Everyone was surprised that the change was not over yet, but they obeyed. And people survived. Apparently, his intuition worked, as if he had a presentiment of trouble.

Petr Mikhailovich Gerasimov, Chairman of the Council of Veterans of the DMK:

- At that time I was working as a senior foreman at the sinter plant, and at the time of the explosion I was just on the balcony of the sintering department. The seventh oven was visible from there, as in the palm of your hand. I remember this spectacle for my whole life, it reminded me of shots from some horror movie. A mushroom cloud rose over the blast furnace that stood. I saw three people running out of the bunker room, wearing their clothes, and they began to knock off the flames. Perhaps these were the ones who were at the very exit. A diesel locomotive with two ladles, filled with burning coke, drove out from the casting side. Lucky that

Recommended:
KZhRK miners' strike threatens with loss of sales markets without prospects of their return
Yuzhmash received 210 million hryvnia of state support to pay off wage arrears
Ferrexpo Announces Additional Special Interim Dividends Again
On this topic
Lead poisoned among children worldwide - UN
Temples Alexander is the founder of the company "Khaltek"
WHO Representative in Ukraine sent an open letter to the authorities and citizens of the country
Mental health in crisis: who recommendations
The accident is the leading cause of death for people aged 5 to 29 years - who data
The world meteorological organization announced a new climate reality
Add a comment
Сomments (0)
News Analytics
Indian state steel company to sell non-core assets19-09-2020, 18:50
Largest US steel company to lose $ 100 million in Q319-09-2020, 18:50
UN experts believe that the worst-case scenario for the Ukrainian economy can19-09-2020, 18:47
KZhRK miners' strike threatens with loss of sales markets without prospects of16-09-2020, 21:51
Privatization of the alcohol industry has started in Ukraine16-09-2020, 14:56
Iron ore prices to surpass six-year high soon16-09-2020, 10:32
World Oil Demand Peak May Be Over - BP15-09-2020, 09:05
China expands car market capacity by increasing demand for steel and metals11-09-2020, 10:56
Prices continue to rise in the long and flat steel markets08-09-2020, 14:25
Difference between ferrous and non-ferrous metal28-08-2020, 13:45
Sign in with: