The Green Revolution is built on gigantic volumes of steel, the production of which generates the highest carbon emissions. The same carburized steel that sparked the second industrial revolution a century and a half ago is being used to combat climate change. 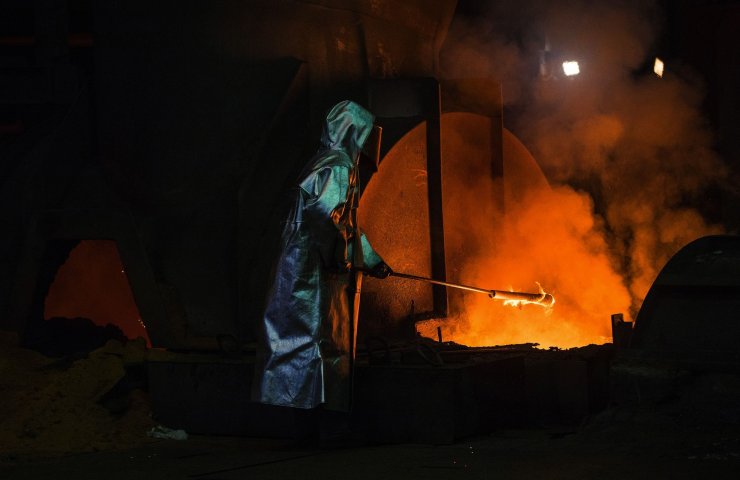 The steel that transformed everything from guns and bridges to cities and shipping in the late 19th century is also critical to wind turbines, solar panels, and electrical pylons needed to displace fossil fuels. But steel itself depends on burning billions of tons of coal, and the steel industry emits more carbon dioxide than all cars, buses and motorcycles combined.

The transition of a low-margin industry from cheap coal to more expensive, environmentally friendly steel production technologies will require strong government support and concerted action by steel producers around the world.

According to a preliminary draft communiqué, the G7 countries, whose leaders are negotiating in the UK this weekend, are planning to take steps to decarbonize steel and other industrial sectors. Political momentum could not have emerged at a more important time, as renewable energy technologies require even more steel per unit of energy they produce than fossil fuels.

But there is still a long way to go. We figured out how to get the steel to zero in a series of diagrams showing the enormity of the problem.

Modeling by BloombergNEF shows that 1.7 billion tonnes of steel will be required to build enough wind turbines to reach zero by 2050. Solar panels and supports for the expansion of electrical networks are also made of steel.

How much steel will be required for green energy installations

Note: Calculations based on BNEF forecasts for the use of technologies in accordance with the new climate scenario and changes in the intensity of steel production.

China will play a key role in decarbonizing the steel industry as it produces more than half of the world's steel.

Baowu Steel Group, China's National National Champion and # 1 manufacturer in the world, is among the steelmakers committed to carbon neutrality by 2050, a decade ahead of President Xi's goal for the country as a whole. Baowu has been at the forefront of technological change in China's industry for decades and could play a pivotal role in realizing the country's green ambitions.

“Industry is following what is happening in China with great interest, simply because of the sheer size of Chinese industry,” said Benedict Zeumer, consultant at McKinsey & Co. action ".

The steel industry is gradually moving towards zero

Note. Chinese steelmakers have set a goal of reducing emissions by 30% by 2030. * Long-term specific numerical target to reduce greenhouse gas emissions by a significant fraction of current levels.

Some European and North American steelmakers, such as Nucor Corp., who use recycled steel in electric arc furnaces, face less of the challenge: finding greener sources of energy. But even if every piece of scrap available was recycled, more than half of the world's steel in 2050 would still have to be smelted through iron ore.

As a result, companies including ArcelorMittal SA, POSCO and Nippon Steel Corp. are looking for ways to replace traditional blast furnaces that inject carbon with ore in the form of coal or carbon monoxide, creating pure liquid iron at temperatures above 1000 degrees Celsius ( 1832 degrees Fahrenheit). Carbon captures oxygen atoms in the ore and is released into the atmosphere in the form

Финансовая аналитика, прогнозы цен на сталь, железную руду, уголь и другие сырьевые товары. More news and analytics on Metallurgprom telegram channel - subscribe to get up-to-date market information and price forecasts faster than others.
Сomments
Add a comment
Сomments (0)
On this topic
What do steel, cement and livestock have in common?
Minamaneho of Ukraine: Europe is moving away from coal consumption
Climate change will destroy every fourth bridge in the US
China becomes a leader in decarbonization resources and technology - Wood Mackenzie
Natural gas in metallurgy: from ore and coke to rolled steel
World Meteorological Organization calls for decisive action to combat warming
Recommended:
British Steel seeks financial support from the government to continue work
Carriage building plant in Kremenchug stopped production due to debts
Sweden announced the discovery of Europe's largest deposit of rare earth metals
News Analytics
European steel price rise that began in January will be short-lived - MEPS26-01-2023, 14:44
Steel production in China rose in the first decade of January26-01-2023, 12:30
UK is ready to give 300 million pounds to save British Steel20-01-2023, 21:31
Carriage building plant in Kremenchug stopped production due to debts20-01-2023, 21:11
Europe's passenger car market records its worst year since the turn of the20-01-2023, 21:03
S&P: Russia will continue to dominate the steel export market in the Black05-01-2023, 11:22
Fitch Analysts Predict Big Drop in Global Steel Consumption This Year14-12-2022, 13:59
Analysts predict 5% annual growth in the iron casting market through 203006-12-2022, 12:44
Commodity prices will fall, metals quotes will rise slightly - Focus Economics28-11-2022, 13:28
Platinum market to face shortage next year - WPIC22-11-2022, 18:25
Sign in with: