WHO: rich countries are buying vaccines, others may be left behind 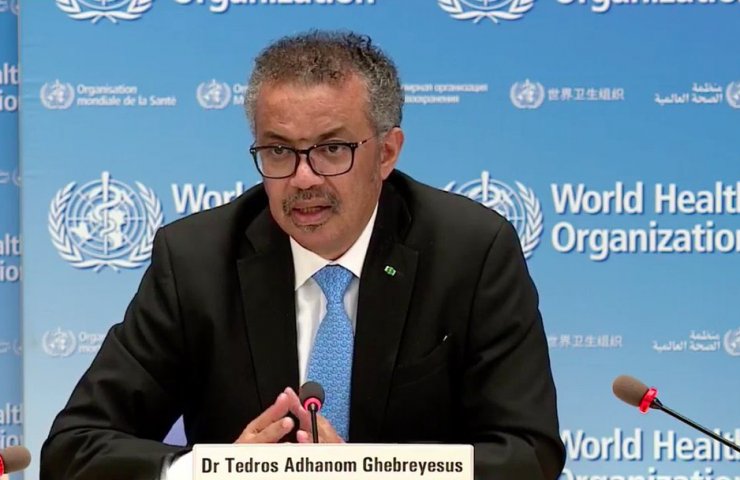 The head of the World Health Organization (WHO) urged COVID-19 vaccine manufacturers to primarily supply their products through COVAX, an international collaboration program aimed at equitably distributing vaccinations around the world. He stated this, speaking at a briefing on Friday.

Currently, WHO is unable to receive the promised two billion doses through COVAX due to the fact that rich countries enter into bilateral deals with companies and buy vaccines.

According to the Director-General of the World Health Organization (WHO), Dr. Tedros Ghebreyesus, 42 countries of the world are launching vaccination campaigns with safe and effective drugs, of which 36 are high-income countries and six are middle-income ones.

However, he noted, wealthy states have bought up most of the vaccines, and many - and even those that have joined COVAX - are entering into bilateral deals with companies to provide their populations with COVID-19 vaccines. This drives up prices for all buyers, which means that the most vulnerable people in the world's poorest countries will not be able to get the vaccine for the foreseeable future.

"Vaccine nationalism hurts all of us - no one wins," warned Dr. Tedros. He recalled that only universal vaccination can limit the possibilities of mutation of the virus: the new strains that have already appeared indicate that the coronavirus is trying to adapt to conditions so that it can be more easily transmitted from person to person.

"This is the usual behavior of any virus, but if we do not stop the spread through universal vaccination, we will help this virus achieve its goal," said the head of WHO. He called on all vaccine manufacturers to secure supplies through the COVAX program first, and countries whose vaccine stocks exceed their needs to immediately share the surplus with the international community. In addition, he urged governments and manufacturers to end bilateral deals for vaccine shipments to be marketed through COVAX.

At the same time, he noted that against the backdrop of good news about the effectiveness of vaccines, many forget about the need to follow precautionary rules in order to prevent the spread of the virus.

“Over the past few days, the highest number of deaths since the start of a pandemic has been recorded. And this happens because many have stopped following the recommendations of doctors. The virus did not fail to take advantage of this and began to multiply at an alarming rate, ”said the head of the WHO.

According to Dr. Tedros, breaking the rules adopted to combat a pandemic becomes a habit for one, then others follow his example, and as a result, the entire system of protection of society from infection collapses. “Everyone should understand that it is within their power to stop the virus,” he added. First of all, the WHO recommends not to meet - especially in closed rooms - with people with whom you do not live under the same roof.

Recommended:
Kherson shipyard for the first time in 10 years received orders from the European Union
Ukraine - Moldova: together in the EU
The European Commission introduced anti-dumping duties against Turkish rolled metal products
On this topic
WHO European chief: pandemic has reached a tipping point
UNICEF announces tender for 2 billion doses of COVID-19 vaccine
Why you shouldn't be afraid of virus mutations, is it dangerous to travel during a pandemic and
Lead poisoned among children worldwide - UN
Johnson & Johnson will begin testing a vaccine against the coronavirus in humans until September
5 signs that the global economy is hurtling towards recession
Add a comment
Сomments (0)
News Analytics
From 2030, all new Boeing jets will be able to refuel from household waste24-01-2021, 18:56
Polish President urged the European Union to strengthen sanctions against Russia24-01-2021, 15:14
Trump's legacy - carmakers shut down factories over Chinese chip shortages24-01-2021, 12:05
Adviser to the President of Ukraine: We expect 2021 to be a year of economic24-01-2021, 11:52
11 miners rescued from exploding gold mine in China on January 1024-01-2021, 11:05
China will overtake the United States to become the world's largest economy in27-12-2020, 12:04
The shortage in the US steel market will last at least until the end of the25-12-2020, 11:36
Steel production in China to surpass one billion tons this year23-12-2020, 10:59
Iron ore prices hit seven-year high and continue to rise15-12-2020, 10:26
Prices for metallurgical raw materials continue to rise in regional markets10-12-2020, 11:32
Sign in with: