The head of the social network Parler left his home and went into hiding due to deadly threats, as well as leaked addresses and passwords. The social network gained popularity among Trump supporters after being blocked on Twitter. 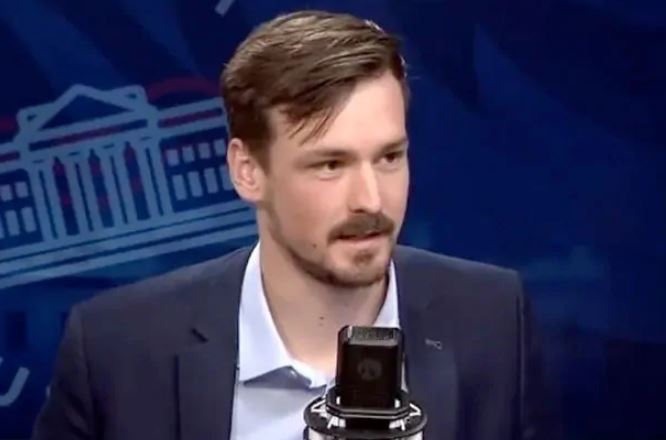 The CEO of the social network Parler, John Matze, left his home and went into hiding with his family due to death threats and personal data leaks. About this reports Fox News citing legal action filed by Parler's lawyers.

The Parler app has become the most downloaded on the App Store due to the fact that supporters of the outgoing US President Donald Trump began to use the social network as an alternative to Twitter. Twitter has permanently blocked Trump's account due to "risk of incitement to violence." The social network made this decision after his supporters broke into the Capitol and thwarted the approval of the presidential election results. Eventually, however, major tech companies removed Parler from their stores.

The threats against Matze became known from the antitrust lawsuit that Parler filed against Amazon, which suspended the hosting of the social network on its servers. The tech giant responded by saying the claims had "no legal basis" and indicated that its employees faced threats. And the social network stressed that its workers are also threatened, and some of them are forced to move in order to “avoid persecution.”

Matze told Fox News that he became the target of the hacker group UGNazi, which published his passwords and address on the network, and also threatened to come to his house. He noted that he was not sure about when he would return home.

Matze stated that the IT giants staged a "coordinated attack" on Parler to eliminate a competitor in the social media market. Amazon explains the blocking by the fact that Parler "has shown unwillingness and inability to remove content that threatens public safety," CNBC reported. This, according to Amazon, is about calls for "torture or murder" of officials and ordinary citizens.

Protesters are expected to attempt Sunday attacks on government buildings across the United States in support of President Donald Trump's claims that election fraud has robbed him of a second term. Against the backdrop of possible armed provocations, US law enforcement officials are preparing for possible outbreaks of violence.

Recommended:
Interpipe and DTEK signed agreements with the UAE State Investment Fund
Ford invests $ 1 billion in South Africa
Ukrainian-powered Antares launch vehicle successfully launched from Wallops cosmodrome
On this topic
An Internet scammer in a couple of hours "earned" $ 32,000 on Twitter using the nickname of Elon
How Tesla became the world's most valuable automaker
The head of the Pentagon: concrete evidence that Iran is preparing attacks against the American
Los Angeles Times: a Perfect storm in the American market of steel
How steel helped usher in the rock and roll era
Top 10 digital trends in the global steel industry
Add a comment
Сomments (0)
News Analytics
Украина сохранила позиции в мировом рейтинге производителей по стали и26-02-2021, 15:52
ArcelorMittal has raised prices for galvanizing for the European market to 90026-02-2021, 13:23
The European Commission initiated a new investigation on steel imports to26-02-2021, 13:22
A rally of workers of the stopped shipyard was held in Mariupol26-02-2021, 12:34
State Energy Efficiency together with UNECE and stakeholders discussed the26-02-2021, 11:36
Increase in prices is forecasted in the markets of steel raw materials -26-02-2021, 09:25
Troy ounce of gold will drop $ 500 in two years - Fitch25-02-2021, 18:29
Global iron ore production growth to outstrip cumulative production in India23-02-2021, 10:22
Fitch Ratings Warns of “Shocking Impact” on Fossil Fuel Exporters18-02-2021, 14:44
Raw material prices rise by about 10.5% in January 2021 - Deutsche Industriebank12-02-2021, 10:48
Sign in with: