UN: Cryptocurrencies And Blockchain Technology Will Help Save Earth From Global Warming

The UN believes that blockchain - the technology behind online currencies - can play an important role in combating the climate crisis and help build a more resilient global economy. 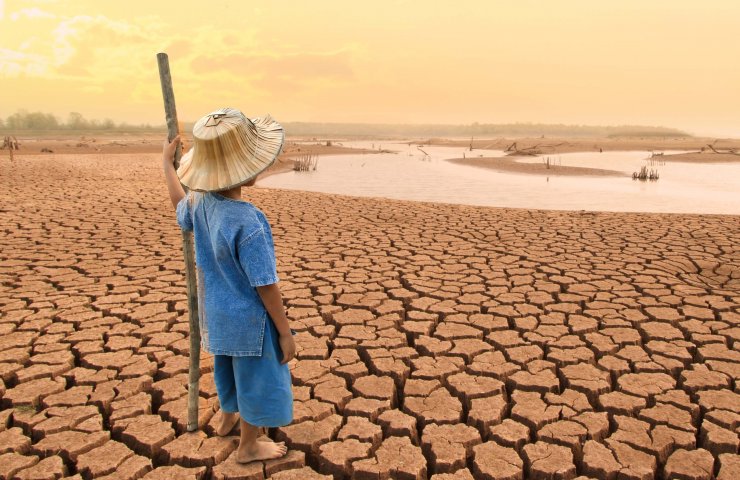 By the way, this technology has been repeatedly used in this area. For example, the Canadian platform CarbonX analyzes the greenhouse gas emission reductions of certain companies, converts these indicators into a cryptocurrency that can be bought and sold, and thus provides producers and consumers with a financial incentive to be responsible for the environment.

The potential of blockchain and cryptocurrencies is huge, according to the UN. However, experts have to solve the most important task - to significantly reduce energy consumption when using this technology.

Some organizations are already working in this direction. For example, the Ethereum foundation, which supports the existence of the blockchain and cryptocurrency of the same name, is now developing a new way to verify transactions that will reduce energy costs per transaction by 99.95 percent.

At the same time, many players in the cryptocurrency market are trying to switch to the consumption of exclusively "green" energy. In April 2021, several organizations operating in the financial and environmental sectors entered into a "Crypto-Climate Agreement" with the goal of reducing carbon dioxide emissions in the global crypto industry and achieving zero emissions by 2030.

Blockchain is a kind of database. The name is translated from English as "chain of blocks". It contains records of completed deals, or transactions, and you cannot delete these records, you can only add new ones. This is the main difference between blockchain and conventional databases. Another important principle of blockchain technology is the absence of a single controller - the system is controlled by many participants.

It takes huge amounts of electricity to power the Bitcoin network. Tim Berners-Lee, considered the founder of the World Wide Web, called the creation, or "mining," of Bitcoin "one of the most meaningless uses of energy."

Bitcoins do not exist in the "real" world, this virtual "coin" is created as a result of the most complex mathematical calculations performed by the most powerful computers. The Bitcoin network absorbs more energy than many countries, such as Kazakhstan or the Netherlands.

Considering that a significant part of the world's energy is still generated by power plants that use fossil fuels, it can be said that Bitcoin mining plays an important role in the pollution of the atmosphere with greenhouse gases. Although, of course, as experts emphasize, the agricultural, construction, energy and transport sectors of the economy have a much greater impact on climate change.

Финансовая аналитика, прогнозы цен на сталь, железную руду, уголь и другие сырьевые товары. More news and analytics on Metallurgprom telegram channel - subscribe to get up-to-date market information and price forecasts faster than others.
Сomments
Add a comment
Сomments (0)
On this topic
The transition to a carbon-free economy is actually not as expensive as they say - the experts
How Tesla became the world's most valuable automaker
The wind became the most popular source of renewable energy in the United States
CO2 emissions from the steel industry have remained virtually unchanged over the past three years
Amazon founder Jeff Bezos to donate $ 791 million to climate change activists
Los Angeles Times: a Perfect storm in the American market of steel
Recommended:
Islamabad receives $1.5 billion investment proposal for PSMC privatization
IREPAS: The global long products market is in a "dramatic situation"
Steel plant in Switzerland prepares for shutdown and layoffs
News Analytics
The production of passenger cars in Russia decreased by 2.8 times in eight29-09-2022, 11:19
Donetsk and Torez electrotechnical plants will start producing electrical29-09-2022, 11:37
Ukrainian coking plants reduced gross coke production by 55.2%29-09-2022, 11:28
China ramps up investment in transport to bolster economy29-09-2022, 11:33
The heads of mining companies named the main risks for business29-09-2022, 10:03
China production cuts in winter will give limited boost to steel markets -15-09-2022, 10:09
Steel prices may rise as manufacturers stop production11-09-2022, 14:06
IREPAS: The global long products market is in a "dramatic situation"10-09-2022, 20:49
Steel prices are unlikely to rise significantly in the near future - analysts02-09-2022, 22:58
Steel prices may move up on new data from China31-08-2022, 12:19
Sign in with: