Reflecting on the role of Finance in the transition to a carbon neutral economy, Professor Carlo Carraro talks about the paradoxical behavior of both the government and the private sector in relation to climate change, but at the same time, underlines the huge business opportunities. 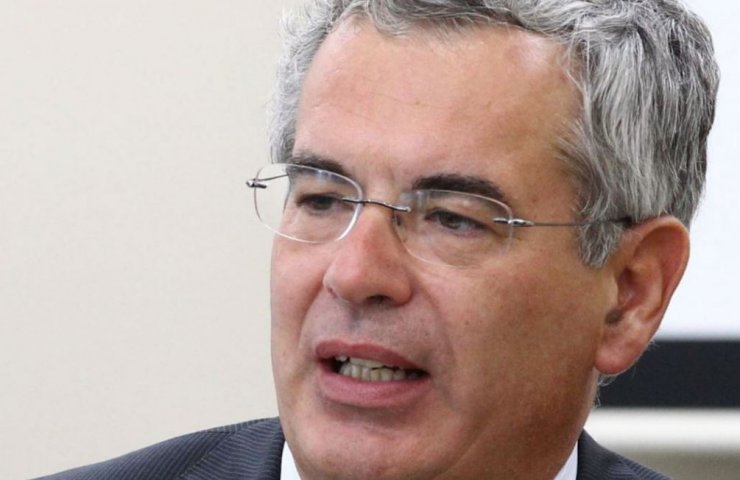 Carlo Carraro, a specialist in climate policy, Vice-chair of the working group III of IPCC, President of the European Association of economists in the field of ecology and resources and Professor of environmental Economics at the University of Venice, working on the formation of international environmental agreements. We talked with him about the relationship between Finance and climate change.

What is the impact of climate change on financial institutions?

Economic losses caused by climate change are estimated at $ 190 billion in 2017, representing about 0.25% of global GDP - equivalent to the entire GDP of Greece. It is expected that the level of damage in the coming years will increase, especially in developing countries. The negative effects of climate change will affect, in particular, agriculture, tourism and energy sectors, but the damage will be widely distributed due to damaged infrastructure, loss of productivity, disease and heat stress affecting the health of workers.

Where are we now? What we have achieved 30 years of climate negotiations?

Climate negotiations was ineffective. Emissions over the last 30 years has increased more than in the previous 30 (or even 60) years. This is the paradox: the more we know about climate change, the more countries get together to agree on reducing emissions, but greenhouse gas emissions continue to grow. Even if emissions stabiliziruemost at the level of the Paris agreement, the estimated rise in average global temperature above pre-industrial levels will be 1.5 °C by 2040 and 3 °C at the end of the century.

We can't expect much more from governments and regulators in: United States, India and Russia are reluctant to support actions to control climate change, China reduces emissions mainly for reasons of pollution of cities, and the European Union has already set a very ambitious goal. The power to accelerate the transition is in the hands of the private sector.

need to focus On what corporations and investors to cope with climate risk?

Solutions are well known. All models offer the same strategy: energy efficiency in all sectors: electrification of transport, heating and industry; decarbonizing electricity production and removal of CO2 from the atmosphere.

Thus, there are two sets of technologies needed to bring the net flow of emissions of CO2 to zero. First, those that are able to remove large quantities of CO2 from the atmosphere, which will reduce the stock of past emissions of greenhouse gases. Secondly, those that can store and distribute a large number of renewable energy at low cost, as the penetration of renewable energy sources must exceed 40-50% of total energy demand.

"the Idea that the energy transfer is too expensive, is widespread, but not true. In reality, mitigation is possible, and it's not even that expensive."

Most of these technologies already exist. But only by their large-scale deployment, they can be effective - and it's in the hands of corporations and investors.

do You mean that the private sector should focus on investment in research and development?

Absolutely. To extend the solution to the problem of climate change, investment in R&D is vital, especially those that focus on energy-saving technologies, carbon-free energy technologies, technologies energy storage, smart grids, CO2 removal and CO2 re-use. The required investment effort in research and development in the field of climate and energy the same investment aimed at opening the space during the cold war.

However, this is the second paradox that puzzles me: R & d investments in the energy sector remain lower than in the early 1980-ies. A global patent application on the technology to mitigate the effects of climate change has declined significantly since 2011.

And there is a third paradox: more and more companies are investing in startups in the energy sector are beyond the sector. In 2017, the company working in the field of information and communication technologies (ICT), has invested in new energy technologies more than companies in the transport sector, oil and gas, or utilities.

What stands in the way of mitigating the effects of climate change?

the Idea is that the energy transition is too expensive, widespread - but not correct. In fact, mitigation is possible, and it's not even that expensive. Mitigation is defined as human intervention to reduce sources or increase sinks of greenhouse gases. According to the IPCC, it is equivalent to reduced consumption growth by around 0.06% per year during the 21st century (average estimates of multiple models) that is extremely low compared with the annual consumption growth that is between 1.6% to 3% per year.

moreover, this cost estimate does not account for all of the benefits of mitigation, namely reducing the impact of climate change and improving air quality on the ground., The achievement of this - just a question of bias investment towards large-scale development of efficient technologies. It's more about finances than the economy.

What is the level of investment required to achieve 2 °C?

Annual investment should be around 750-800 billion dollars. Billion a year until 2030, based on the findings of the IPCC report "Mitigation of climate change" (Chapter 16, 2014).

climate funds, there are international funds that supports mitigation (e.g. Green climate Fund), amount to only $ 18 billion. It's a tiny amount. Nevertheless, private investment, particularly in the area of renewable sources of energy, much more. We observe that banks and investors followed this trend with the growth of financial funding, for example, green bonds, public-private partnerships and strategies for getting rid of fossil fuels, with several major investors, including BNP Paribas. In General, the state (mainly international organizations) and private investment will reach 500 billion dollars in 2019. 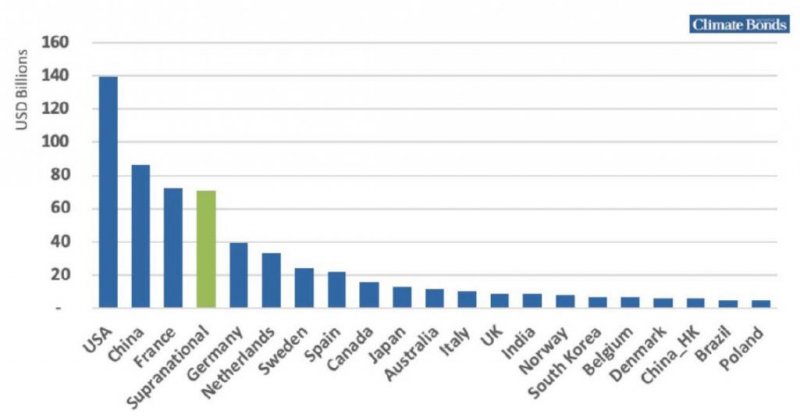 Activity in the field of green bonds increased, and China became the new growth driver in 2016. By the end of 2017, China invested nearly $ 1 trillion in projects on environmentally friendly and low-carbon projects.

How can we find the missing funds?

first, energy efficiency reduces electricity costs: savings in Europe exceeded the sum of 280 billion dollars in 2015. Second, we could save about 400 billion dollars by eliminating subsidies for fossil fuels. The G20 subsidy for oil, gas and coal is almost four times higher than the global subsidies for renewable energy.

thirdly, the income generated at the expense of emission allowances, as the European Union has created a market for greenhouse gases (ETS). Firms producing more than the quota, have to buy permits in the EU ETS. Price is 25 euros per tonne CO2, the Revenues from permits auction be about 15 billion euros. Income can easily reach 150-200 billion Euros, if the auction will be sold to more permissions, and if the ETS will be extended to additional sector and is approved in more countries. Carbon prices must be an integral component of any strategy to mitigate the consequences.