The pandemic did not help: the amount of greenhouse gases in the Earth's atmosphere is increasing sharply

Reducing greenhouse gas emissions during the COVID-19 pandemic has not slowed down rapid climate change. The concentration of greenhouse gases in the atmosphere is holding at a record level and the planet continues to heat up, relentlessly bringing humanity closer to disaster. 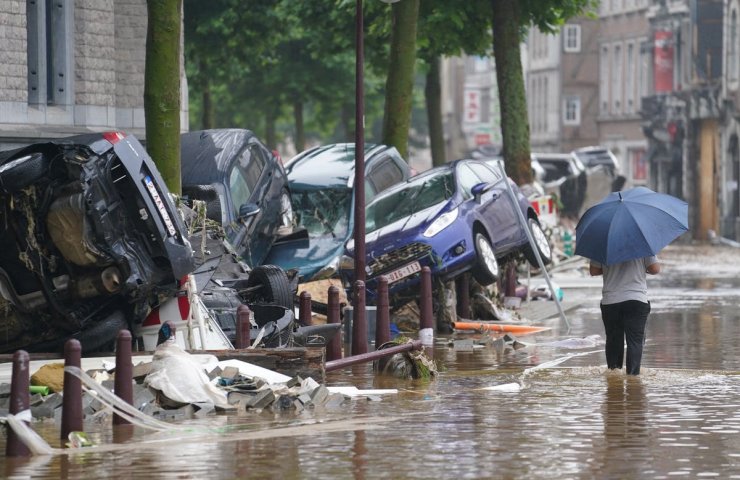 According to UN Secretary General Antonio Guterres, we have reached a “turning point”. “The destructive consequences for the climate and for the planet are already much more serious than we thought, and climate change is happening faster than expected,” Guterres recalled in a video message timed to coincide with the release of the study. "This report shows how far we have strayed off course."

This is just the beginning

As the report suggests, rising global temperatures are fueling destructive extreme weather events around the world, and therefore increasing their impact on the economy and society.

Billions of working hours have been lost due to the heat alone. The average global temperature over the past five years has been among the highest on record. There is a growing likelihood that in the next five years the temperature will temporarily rise by more than 1.5 ° Celsius - scientists consider this figure an acceptable threshold, beyond which there are unpredictable catastrophic consequences.

“Today the number of registered weather disasters is five times higher than in 1970, and they cost seven times more, - said the head of the UN. “The most developed countries are also among the victims.”

The Secretary General cited the example of the recent hurricane Ida, which left millions of New Orleans without electricity, paralyzed life in New York and killed at least 50 people.

According to the head of the UN, such phenomena would not have happened if it were not for human activities that have led to climate change.

“Everywhere we see fires, floods and extreme natural events, which are increasingly occurring and causing enormous damage. And this is just the beginning - the worst is yet to come, ”warned António Guterres.

“We are still significantly behind the schedule for achieving the goals of the Paris Agreement, - said the UN Secretary General in the foreword to the report. “This year, emissions from fossil fuel extraction have returned to their previous values, greenhouse gas concentrations continue to rise and anthropogenic factors are creating hazardous weather events that have affected the health, lives and livelihoods of people on all continents.”

Unless immediately significantly reducing greenhouse gas emissions, Guterres stressed, it will be impossible to keep the temperature rise within 1.5 ° C, and this will lead to "catastrophic consequences for people and the planet on which our existence depends."

The report also notes that the reduction in greenhouse gas emissions associated with the slowdown in economic activity during the pandemic was marginal and simply could not slow the unstoppable climate change. Carbon dioxide levels have already reached a record. Moreover, there are no signs that our recovery is proceeding on a more sustainable basis: after a temporary decrease, the volumes of carbon dioxide emissions are inexorably returning to their previous levels.

“Throughout the pandemic, we hear that we must ensure better-than-before recovery to put humanity on a more sustainable path and avoid the worst impacts of climate change on society and the economy. This report shows that we are heading in the wrong direction in 2021, ”said Professor Petteri Taalas, Secretary General of the World Meteorological Organization.

Recent changes in the entire climate system as a whole are unprecedented, and we are talking about hundreds and thousands of years. Even if drastic measures are taken to slow down greenhouse gas emissions, the report says, sea levels will still rise and thus pose a threat to populations of low-lying islands and coastal areas around the world.

According to him, a pivotal turnaround. the moment should be the climate conference, which will take place in Glasgow from 31 October to 12 November. “By this time, all nations need to be committed to achieving net zero emissions by mid-century and presenting clear, realistic long-term strategies to achieve that goal.”

The preparation of the third United in Science 2021 report is coordinated by the World Meteorological Organization (WMO) with the participation of the United Nations Environment Program (UNEP), the World Health Organization (WHO), the Intergovernmental Panel on Climate Change (IPCC), the Global Carbon Project (PMU) ), The World Climate Research Program (WCRP) and the Meteorological Office (United Kingdom). It presents the latest scientific evidence and findings related to climate change to inform global policy and action.