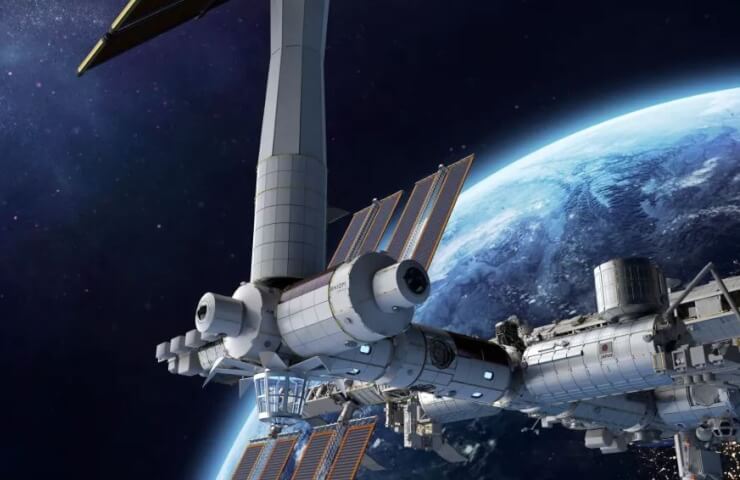 The Houston-based company, founded in 2016, plans to build and operate its own space station in low Earth orbit (LEO) in the coming years. Axiom has signed a contract with SpaceX to carry out several tourist missions to the International Space Station (ISS), the first of which is due to launch at the end of February 2022.

Such projects are part of a larger plan to help humanity expand its presence beyond its home planet. Axiom Space wants to take the extraterrestrial economy to the next level.

"Axiom's vision of a thriving home in space is to foster breakthroughs and perspectives that benefit every person around the world, and we provide universal access to low Earth orbit so innovators, governments and individuals can do the same." the best," the company's website says.

A group of top-notch aerospace professionals is developing this vision and working to bring it to life. For example, Axiom's co-founder, president and CEO is Mike Saffredini, who served as NASA's ISS Program Manager from 2005 to 2015.

Axiom is taking a phased approach to operating its commercial space station. The company will launch several modules on the ISS; this private equipment will eventually detach and become a free-flying unit.

The first of these Axiom elements is scheduled to launch in September 2024. Three additional modules will follow by the end of 2027 if all goes according to plan.

With the delivery of the fourth module, the Axiom station will be able to be independent from the ISS, and then can separate to become an independent next-generation space station with upgraded crew quarters, increased payload capacity and a dedicated production and research laboratory. module,” Axiom CTO Matt Ondler recently told Space.com.

"This timeline supports the current planned end of life for the ISS, so there should be a smooth transition without gaps in the continued human presence in LEO," he said.

While the ISS is only officially approved to operate until the end of 2024, an extension to 2030 is widely expected. President Joe Biden recently agreed to this new timetable, but other ISS partners such as the European Space Agency, the Canadian Space Agency, the Japan Aerospace Exploration Agency and the Russian federal space corporation Roscosmos must also sign on.

Axiom Station and other commercial outposts in the LEO - and more are in development - should create new opportunities for microgravity research, product development, tourism and manufacturing, according to Ondler.

Axiom doesn't plan to wait until 2024 to go into space. The company has already booked four astronaut missions to the ISS aboard SpaceX Falcon 9 rockets and Crew Dragon capsules, with the first, known as Ax-1, due to launch on February 28.