Wednesday night, at the production-test database of the company, a fire broke out while testing the main engines by a newly developed rocket Alpha 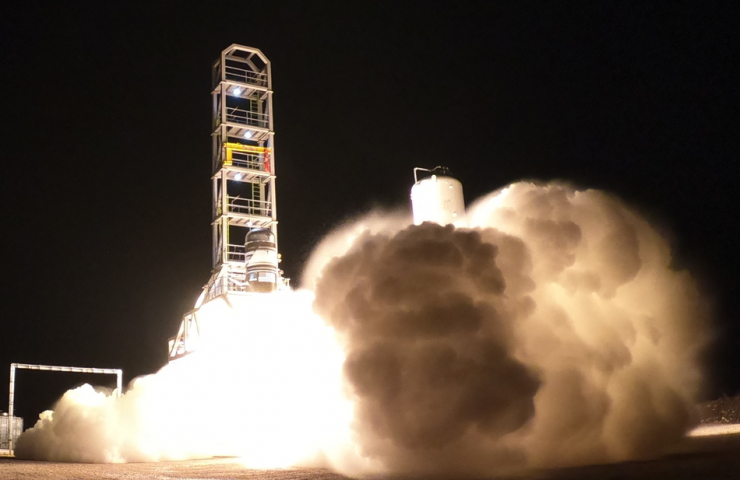 American manufacturer of rockets of low power Firefly Aerospace reported an incident during testing of the first stage booster Alpha on the production and test base in the city of Briggs, Texas.

As reported in the company of max Polyakov, 22 Jan 2020 18:23 local time was running the jets. After the four engines of the Reaver turned on, in the engine compartment was on fire.

"5-second test is immediately interrupted. The system immediately shut down and the fire was quickly extinguished by automatic ground-based fire-extinguishing systems. Now, the engineers carefully checked the data and equipment. Firefly will analyze the cause of the abnormality, before returning to the testing", - stated in the message.

Sheriff's Office blocked off and evacuated the surrounding area. At 22:25 local time the cordon was removed and the area declared safe.

"We apologize for any inconvenience and will work with local responders to emergency situations to provide timely information to local communities about their actions," the statement said Firefly.

After completing the investigation, the company promised to share its results.

"Firefly always observe the safety rules. Staff at the site and the public was never in danger," - said the company.

booster Alpha after commissioning can deliver up to 1,000 kg of payload into low earth orbit and up to 600 kg into sun-synchronous.

In may 2018 Firefly Aerospace has opened in the river your research center. In the state of the Ukrainian division of not less than 150 employees. The center is equipped with industrial 3D printers designed to print high-quality metal and innovative machines.

Previously it was reported that Firefly is booked in southern machine-building plant named after Makarov (Yuzhmash) in the river parts for missiles for a total of about $ 15 million. The company has placed an order for serial production of rocket parts, among which 100 cameras combustions, 500 pieces of automatics and 40 turbopumps.