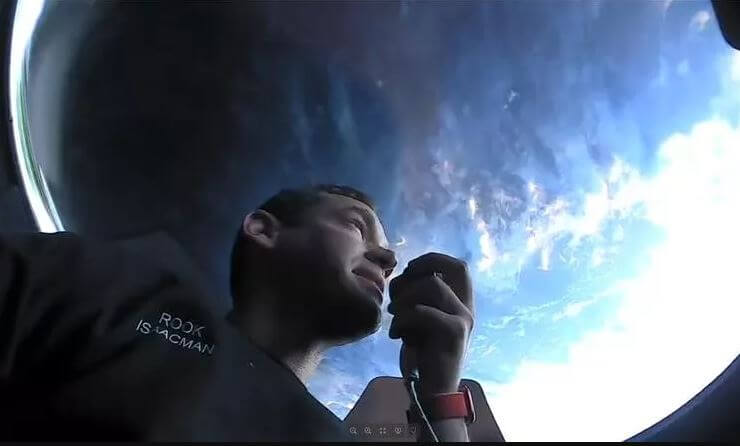 The Polaris program is a joint project between SpaceX and Jared Isaacman, the technology entrepreneur and billionaire who funded and directed the Inspiration4 manned orbital mission. Polaris plans to launch three crewed missions into space, ultimately culminating in the first manned flight of the SpaceX Starship. The program will also include the first flights of SpaceX astronauts, the debut of new spacesuits, and much more.

Shift4 Payments founder and CEO Jared Isaacman will lead a new series of space missions with SpaceX under the Polaris program. The program's first mission, Polaris Dawn, has no set launch date, but Commander Isaacman is ready for that as well.

“I am incredibly passionate that we can make meaningful progress towards the world we all want to live in tomorrow, while also working to address the challenges and challenges of today. It doesn’t have to be one or the other, but it can actually be both,” Isaakman said at a press conference today (February 14).

The series of three missions is named after what people have historically called the "North Star", which is actually a system of three different stars. On the mission, Isaacman will fly alongside SpaceX employees Sarah Gillis and Anna Menon, as well as pilot Scott Potit.

“I can’t tell you how honored I am to work with such an experienced team that I deeply trust and respect,” Isaakman said today.

Isaacman has previously funded Inspiration4, which has raised over $240 million for a research hospital. He shared that he would also fund Polaris missions.

These missions will also see the first spacewalk of the SpaceX Crew Dragon spacecraft (prior to crew launch on Starship). This planned extravehicular activity (EVA) is part of an incentive for SpaceX to introduce new spacesuits. And, as Isaacman said today, SpaceX is developing and testing new spacesuits that will be used during Polaris.

“A fantastic team of brilliant engineers is working on the creation of the suit. And it will be very exciting to work together as their designs evolve,” said Menon, lead space operations engineer at SpaceX and Polaris Dawn mission specialist.

Isaacman said, "I've obviously loved aviation and aerospace all my life, and I'm just incredibly lucky that I really admire what SpaceX does."

Isaacman noted that Polaris missions will focus on research that will benefit not only future exploration, but also life on Earth.

As Isaacman shared, all three Polaris missions "include an extensive list of scientific studies and payloads to test next-generation technologies that will support future long-term human spaceflight and inspire the world to all the possibilities that exist in recent times." .

Both SpaceX and Isaacman believe that such research will take place in the future.