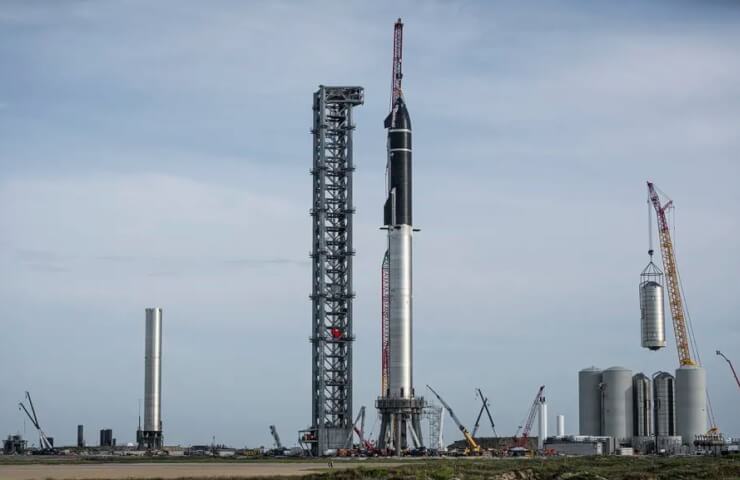 SpaceX CEO Elon Musk has announced plans to provide an update on the next-generation Starship rocket next Thursday night. The presentation comes more than two years after Musk's last update on the car in 2019.

Starship is a massive new deep-space rocket that SpaceX has been developing at the company's test site in Boca Chica, Texas, over the past few years. The fully reusable vehicle is designed to launch atop a giant booster called the Super Heavy, transporting people and cargo to distant places like the Moon and eventually Mars. So far, SpaceX has conducted several high-altitude test flights with the vehicle, but has yet to launch the Starship into orbit. The company is currently awaiting Federal Aviation Administration approval to launch Starship into orbit from Boca Chica.

Since 2016, Musk has been making periodic presentations about his plans to build a giant rocket that will someday send humans into deep space and Mars. These plans have certainly changed over time, and the rocket at the heart of this endeavor has also gone through various design changes and iterations. The vehicle also went by several different names, from BFR to Mars Colonial Transporter and finally Starship. During Musk's latest update in September 2019, the CEO held his presentation in Boca Chica, standing in front of a complete Starship prototype. Musk's tweet about the new presentation says it will take place on Thursday, February 10 at 9:00 pm ET, but no other details about the event were given.

While Starship has long been Musk's favorite project, NASA also has a vested interest in the vehicle. In 2021, the space agency awarded SpaceX a $2.9 billion contract to develop Starship as a lander to carry NASA astronauts to the surface of the Moon.

Финансовая аналитика, прогнозы цен на сталь, железную руду, уголь и другие сырьевые товары. More news and analytics on Metallurgprom telegram channel - subscribe to get up-to-date market information and price forecasts faster than others.
Сomments
Add a comment
Сomments (0)
On this topic
Elon Musk has decided to change the grade of steel for plating spaceship Starship
Elon Musk announced the start of construction of a SpaceX launch pad in Florida
Musk plans to launch the Starship spacecraft into orbit as early as January 2022
Elon Musk presented a video of the tower for the Starship launch to Mars
NASA prepares SLS megarockets for crewed missions to the Moon
Elon Musk says SpaceX will be able to land humans on Mars in less than 10 years
Recommended:
Zaporizhstal continues to operate at 50% of its capacity
South Korea declares scrap metal a strategically important raw material
An Australian company has signed a contract with the US Department of Defense for the production of rare earth elements
News Analytics
The United States refused to impose duties on Russian metals and increase02-07-2022, 09:05
Daimler Truck began testing Actros tractor on liquid hydrogen02-07-2022, 08:54
Volvo invests $1.25 billion to build electric vehicle plant in Slovakia01-07-2022, 18:17
Swedish court authorizes construction of steel mill for the first time in 5001-07-2022, 11:09
AvtoVAZ plans to produce at least 400,000 vehicles in 202301-07-2022, 11:29
High iron ore shortage could halt metallurgy's green transition28-06-2022, 14:02
Price volatility hits global steel market27-06-2022, 19:28
Recovery in China could be key to rising global steel prices - MEPS24-06-2022, 14:00
Conflict in Ukraine spurs Europe's drive for clean energy03-06-2022, 12:14
US steel market sentiment becomes more price neutral05-05-2022, 10:15
Sign in with: