According to the American businessman, to apply in the interplanetary spaceships of the steel grade of the 50-ies of the last century are short-sighted. 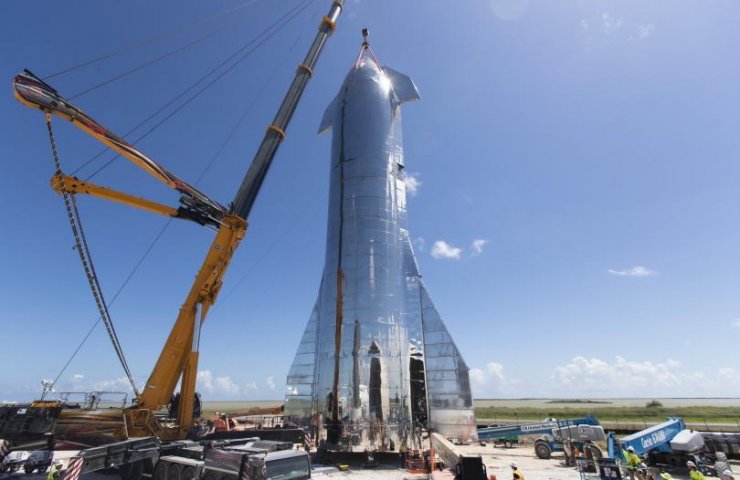 SpaceX CEO Elon Musk announced that the company will make some changes to their prototypes of rockets Starship, including the modification of materials used in their construction.

the First prototype Starship was made from a stainless steel alloy AISI 301. This steel contains chromium and Nickel in addition to iron and carbon, it is resistant to corrosion and cheaper than other materials such as carbon fiber. However, SpaceX intends to make some adjustments to grade of steel for future versions of Starship.

"We need to be able to achieve greater success in 2020-ies, for example, than in 50 years, you know? So, I think we will start to move with 301, maybe in the next month or two," said Musk during a speech at the conference of the Satellite 2020.

Musk did not specify what type of alloy will be used by the company in the future, although it is likely that this will be an updated version of the stainless steel.

Recall that in November last year a full-scale prototype of the space ship Starship Mk1 developed by the company SpaceX Elon musk, exploded during the test at the site of Boca Chica, Texas.

System Starship is a two-stage reusable rocket, designed to fly on the celestial bodies of the Solar system. The second stage of the United Starship spacecraft — gosupravleniem ship or gas tanker. And the first stage Super Heavy able to return to the starting place.

the aim of the project Starship is to create a missile capable eventually of delivering up to 100 passengers to Mars in a single flight. Earlier this week, Musk announced that he intends in the new factory of SpaceX at Boca Chica, Texas, to produce one missile Starship every 72 hours in order to secure the sending to the red planet hundreds, and then thousands of colonists.

SpaceX has already succeeded in creating a partially reusable Falcon 9 rocket. The creation of a spacecraft reusable is the key to making space travel more affordable for private companies and space agencies.