Scarcity of computer chips halted the rally in steel prices

Metallurgical plants focused on the automotive industry are now forced to look for new customers, redirecting steel volumes to the common market. 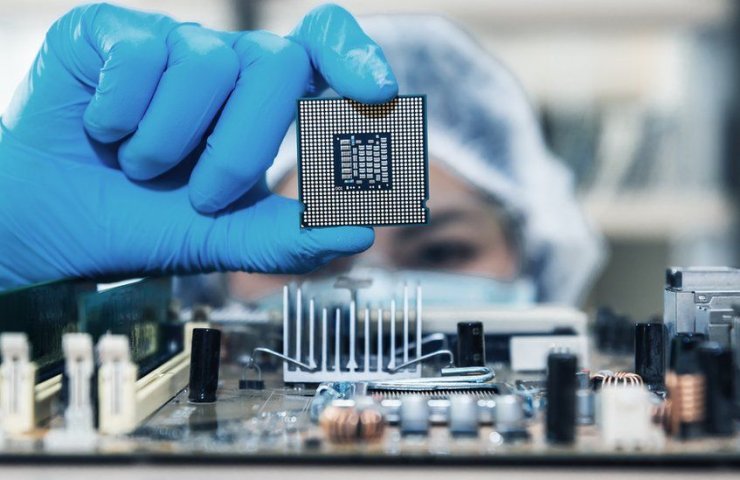 World prices for hot rolled steel in coils declined 3.6% in October, putting an end to the unstoppable rise in steel prices over the past 14 months, analysts from the British engineering agency MEPS write.

“The downturn in automotive production is widely seen as driving the deterioration in the global steel market. The continuing shortage of semiconductors is forcing car manufacturers around the world to drastically reduce or even stop production at their factories, ”analysts say.

The agency records a significant weakening of consumer sentiment in the European steel market compared to the summer period. The availability of hot rolled coils in particular has improved. Delivery times from factories are rapidly decreasing, with volumes originally intended for car manufacturers being transferred to the general market. Moreover, the volume of steel imports rose sharply during 2021. However, efforts by EU steel producers to offset rising energy costs could halt price declines in the region in the coming months.

Asian roll prices have declined since their peak in August this year. Lower demand in a number of countries and end-user sectors has compensated for declining production at several factories in the region. Nevertheless, in October, price increases were achieved by manufacturers in China and Japan. Many Asian buyers have come to believe that deal prices may decline in the near future.

Hot rolled coil prices in the US have finally yielded to negative pressures seen in European and Asian regions in recent months. Inventory levels are rising and buyers are increasingly reluctant to place forward orders. In the meantime, transaction costs are expected to decline. However, few market participants expect steel prices to freeze amid healthy end-user demand and planned maintenance shutdowns.

The semiconductor shortage is unlikely to diminish in the short term. This will continue to restrict production in the global automotive sector and reduce steel consumption. However, many automakers are trying to adjust their production schedules to focus on vehicles with lower demands on the in-demand computer chips. This strategy could help limit the decline in car production in 2022.

It is not yet known how much the rest of the steel-consuming sectors will be able to cope with the slowdown in the growth rate of the automotive industry. The economic recovery from the coronavirus is still ongoing. Steel and energy costs are likely to remain high during the winter months. Consequently, despite the possibility of further declines in global hot rolled coil prices, they are expected to remain high in the first months of 2022.

Финансовая аналитика, прогнозы цен на сталь, железную руду, уголь и другие сырьевые товары. More news and analytics on Metallurgprom telegram channel - subscribe to get up-to-date market information and price forecasts faster than others.
Сomments
Add a comment
Сomments (0)
On this topic
Chip Shortage Hits European Union Steel Demand - MEPS
Prospects for the development of the economy and steel market in the EU in 2019-2020
US Hot Rolled Coil Price To Exceed $ 2,000 - MEPS
Steel buyers in the European Union prepare for further significant price increases
EUROFER: EU Steel Market in 2019. Overview and perspectives
British analysts have named the date of the upcoming fall in steel prices
Recommended:
TMK will develop the production of special steels
The German government may confiscate the German part of Nord Stream 2
AvtoVAZ plans to produce at least 400,000 vehicles in 2023
News Analytics
The Belarusian steel plant was visited by the Ambassador of Kazakhstan to06-07-2022, 17:44
US steel prices fall to December 2020 levels06-07-2022, 13:40
Interpipe mastered a new type of railway wheels for the EU market06-07-2022, 12:15
Tesla in the second quarter reduced the supply of cars by 18%04-07-2022, 10:24
Steel prices fall due to weakening European demand and problems in China04-07-2022, 10:40
High iron ore shortage could halt metallurgy's green transition28-06-2022, 14:02
Price volatility hits global steel market27-06-2022, 19:28
Recovery in China could be key to rising global steel prices - MEPS24-06-2022, 14:00
Conflict in Ukraine spurs Europe's drive for clean energy03-06-2022, 12:14
US steel market sentiment becomes more price neutral05-05-2022, 10:15
Sign in with: