Kristalina Georgieva said during the Munich security conference that policy makers need to do what people do: pray for the best and prepare for the worst. 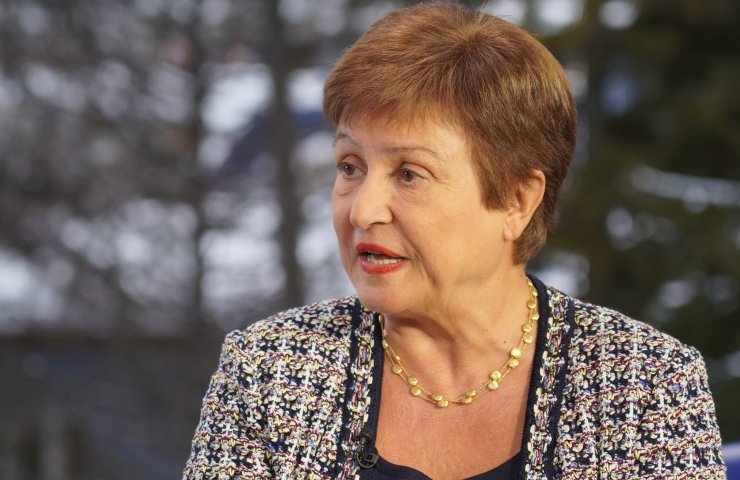 the international monetary Fund hopes that the world governments and Central banks will work together to respond to the outbreak of coronavirus, it is evident economic impact of the epidemic on the world economy, said Friday the IMF Executive Director Kristalina Georgieva.

Speaking at the Munich security conference, Georgieva said that the next few weeks will be crucial for the formation of a "rising" pattern of exposure to the virus in China and around the world.

"Then we can agree on a synchronized or, even better, coordinated measures to protect the global economy from the more severe shocks," said Georgieva delegates. "Can we do it? Yes. We're going to do this? I really think I'm going to."

Flash coronavirus has killed more than 1 100 people and sent to hospital 44 000 people in China after it first appeared in Wuhan, Hubei province, late last year.

Economy of China is trying to resume work after the annual New year according to the lunar calendar, which was extended for 10 days to help contain the outbreak of a new and highly contagious respiratory virus, officially called 2019-nCov.

Georgieva warned against attempts to make accurate predictions due to the lack of information and said that the experts predicting the economic consequences is very high.

"We are looking closely at the data ... we have to do what people do: pray for the best and prepare for the worst," said Georgieva.

Recommended:
Ukraine for 8 months of 2020 reduced steel production by 6.2%
The UN believes that the world did not hear the warnings of the Global Preparedness Monitoring Council
At CorumExpo presented the first Ukrainian harvester for coal mining in ultra-thin seams
On this topic
Due to the outbreak of an unknown virus in China, falling steel prices
Global trade war with the filing of the trump pass on the foreign exchange market
Los Angeles Times: a Perfect storm in the American market of steel
Prospects for the development of the economy and steel market in the EU in 2019-2020
US-China trade war reaches a fundamentally new level
CDP: steel industry will not be able to reduce CO2 emissions
Add a comment
Сomments (0)
News Analytics
Indian state steel company to sell non-core assets19-09-2020, 18:50
Largest US steel company to lose $ 100 million in Q319-09-2020, 18:50
UN experts believe that the worst-case scenario for the Ukrainian economy can19-09-2020, 18:47
KZhRK miners' strike threatens with loss of sales markets without prospects of16-09-2020, 21:51
Privatization of the alcohol industry has started in Ukraine16-09-2020, 14:56
Iron ore prices to surpass six-year high soon16-09-2020, 10:32
World Oil Demand Peak May Be Over - BP15-09-2020, 09:05
China expands car market capacity by increasing demand for steel and metals11-09-2020, 10:56
Prices continue to rise in the long and flat steel markets08-09-2020, 14:25
Difference between ferrous and non-ferrous metal28-08-2020, 13:45
Sign in with: