HR Director Lufthansa Michael Niggemann said that without mass layoffs, the company may be unable to get out of the crisis of the pandemic coronavirus. 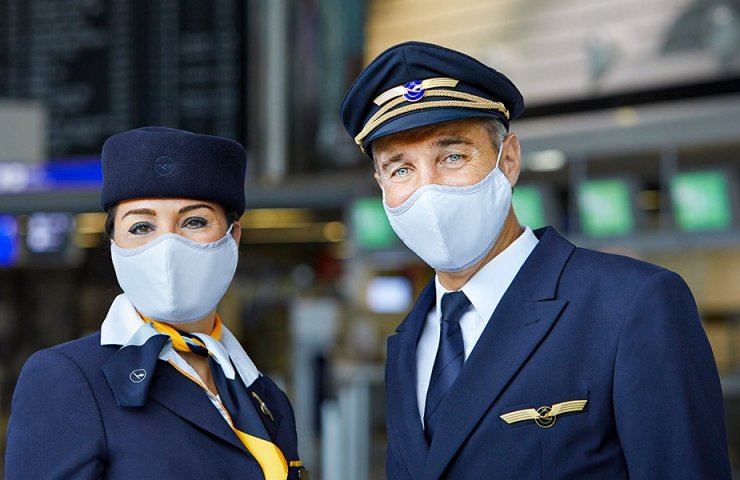 German airline Lufthansa said it would cut 22 000 jobs amid a sharp fall in air travel caused by the pandemic coronavirus. The airline expects a slow recovery in demand and predicts that after the crisis, its fleet will be 100 aircraft smaller.

Lufthansa notes that half of the jobs will be cut in Germany. She hopes to negotiate layoffs with labor unions to June 22.

In the airline employs more than 135,000 people worldwide. About half of them are in Germany.

"Without a significant reduction in personnel costs during the crisis, we miss the best opportunity out of the crisis", - said the HR Director at Lufthansa Michael Niggemann.

last month, Lufthansa enlisted the financial support of the German government in the amount of 9 billion euros allocated from the state budget to save the company from total collapse.

as a result, the German government will receive a 20% stake in Lufthansa, which it intends to sell by the end of 2023. However, the deal still must be approved by the shareholders of the company and the European Commission.

Other airlines implement similar measures in anticipation of a long, slow return to previous levels of demand. To date, announced job cuts:

Recommended:
China's non-ferrous metallurgy sector reports steady production growth
Six times more scrap metal was exported from Ukraine in January than in December - UAVtormet
German exports in 2020 show biggest decline since financial crisis
On this topic
Rolls-Royce has confirmed a reduction of 3,000 jobs in the UK
BBC: Airbus began massive layoffs in the UK
Global steel production in 2019 increased by 3.4%
Airbus in 2019 became the largest aircraft manufacturer in the world, surpassing Boeing
Los Angeles Times: a Perfect storm in the American market of steel
USA: Winners and Losers in Trump's Trade War with China
Add a comment
Сomments (0)
News Analytics
Метинвест получит контроль над крупнейшим производителем коксующегося угля в04-03-2021, 19:26
Украинский бизнес видит большие возможности в расширении открытости Китая -04-03-2021, 19:08
The fall in the price of nickel by more than 8% was the sharpest in 4 years04-03-2021, 18:25
At the Yaroslavsky metallurgical plant in the Dnieper began to pay for new04-03-2021, 14:39
Novokramatorsk Machine Building Plant strengthens its position in the national04-03-2021, 14:44
Spread between raw materials and high strength alloy steel in Europe increased01-03-2021, 20:21
Increase in prices is forecasted in the markets of steel raw materials -26-02-2021, 09:25
Troy ounce of gold will drop $ 500 in two years - Fitch25-02-2021, 18:29
Global iron ore production growth to outstrip cumulative production in India23-02-2021, 10:22
Fitch Ratings Warns of “Shocking Impact” on Fossil Fuel Exporters18-02-2021, 14:44
Sign in with: