the results of Ukrainian metallurgy in 2019 was affected by logistical challenges and problems in external markets, the Minister said. 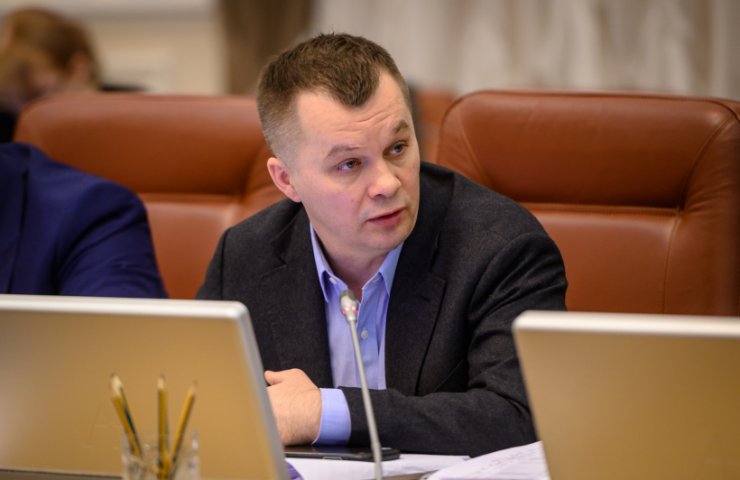 In January of this year the metallurgical industry of Ukraine confidently resumed production volumes compared to December 2019 increased production of finished rolled products - by 29.4%, steel - by 14.6% and of cast iron by 4.9%. About it told Minister of economic development, trade and agriculture Tymofiy mylovanov.

"a Separate industry because investment in previous years has already shown good results - pharmaceutical production grew by 5.1%, manufacture of computer, electronic and optical products - by 4.3%, chemical production - by 3.3%. These industries had the opportunity to compete effectively in domestic and foreign markets. Current and future investments will provide us with more and more competitive industries. And we are already seeing the first positive reviews of the economy," said Tymofiy mylovanov.

He added that according to the State administration of sea ports in January 2020, the transshipment of goods in sea ports significantly increased by 20.5% compared to January last year.

the results of 2019 economic activity remained at a high level. At the end of the year, the economy slowed somewhat. And it was for the Ukrainian government "quite unexpected" phenomenon.

the economy Ministry noted that there were several factors that influenced the decline of industrial output in the fourth quarter. In particular, observed negative trends in foreign markets.

"this year, the strengthening of trade wars in the world little consequence of the fall in industrial production in many markets, including in Europe (the fall of industry in the EU in 2019 amounted to 1.1%, and in December deepened to 3.9%, including in Estonia and 9.9%, Romania - 8.9 per cent, Germany 7.2 per cent). In addition, significantly dropped the price of ferrous metals - on average by 10-15% compared to 2018. In the result, the metallurgical production decreased by 3.1% per year (10% in December), which had the highest contribution to the overall fall of the industry," the Ministry noted.

in addition, the results of the Ukrainian metallurgy was affected by logistical challenges. In the past year significantly increased the load on the black sea ports, which was due to increased volumes of grain, coal and metals, shifted from European destinations and Azov ports. The result was persistent bottlenecks in the ports and on the approach of rail and road transport.

More information, as well as on the economic development strategy of the Government Tymofiy mylovanov promised to tell Monday, February 17.

Previously coalsalesthat metallurgical enterprises of Ukraine by the end of 2019 has reduced steel production by 1% compared to the 2018 year — to 20,848 million tons. Earnings from exports of ferrous metals decreased by 12.1% compared to the 2018 year — on-year to 8.74 billion. While ferrous metals had of 17.45% of total income from exports of goods against of 20.99% over the 2018.

Recommended:
WTO to consider Turkey's complaint against European Union restricting steel imports
The Ministry of Energy of Ukraine announced an unprecedented situation in the coal industry of the country
State Energy Efficiency of Ukraine proposes to amend the law "On Public Procurement"
On this topic
At Turboatom presented the achievements of the economy of Ukraine in the last 100 days
Milovanov commented on a situation in metallurgical industry of Ukraine
Turboatom will not sell in turbo mode - Milovanov
Mechanical engineering remains the locomotive of industrial production growth in the Donetsk region
4 things that are of interest to potential investors, according to the Ministry of Economic
Prospects for the development of the economy and steel market in the EU in 2019-2020
Add a comment
Сomments (0)
News Analytics
COVID-19 pandemic plunges global labor income by $ 3.5 trillion24-09-2020, 20:51
The price of electricity for Ukrainian metallurgists turned out to be twice as24-09-2020, 20:47
The 30 millionth LADA car rolled off the assembly line of AVTOVAZ (Video)24-09-2020, 18:12
What is billionaire Yaroslavsky building at the Dnipro airport?24-09-2020, 18:40
One step away from bankruptcy: car builders demand from the Ukrainian24-09-2020, 18:48
Iron ore prices to surpass six-year high soon16-09-2020, 10:32
World Oil Demand Peak May Be Over - BP15-09-2020, 09:05
China expands car market capacity by increasing demand for steel and metals11-09-2020, 10:56
Prices continue to rise in the long and flat steel markets08-09-2020, 14:25
Difference between ferrous and non-ferrous metal28-08-2020, 13:45
Sign in with: