How can integrated subsoil use objects help the development of raw materials exports in Ukraine?

Georgy Popov, NADPU analyst, analyzed the main export support tools and figured out which of them will help Ukrainian subsoil use to get a qualitatively new level of development. 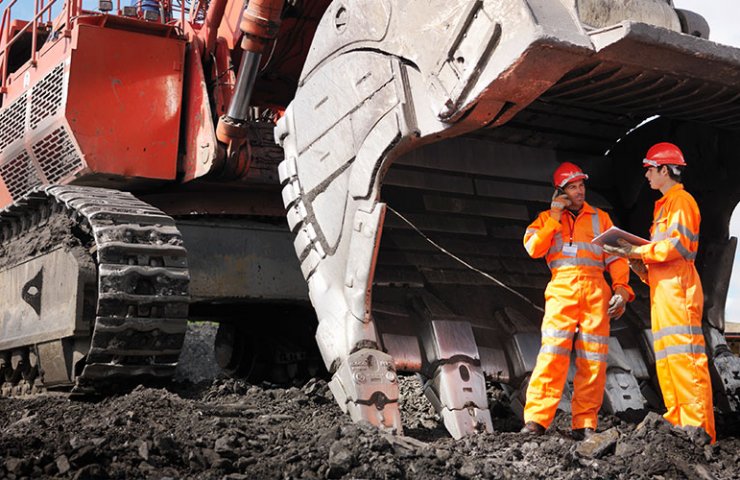 Recently, the state of Ukraine, represented by the Export Promotion Office, announced the creation of a National Directory of Exporters of Organic Food Products, which was a pleasant surprise for the domestic business community. A government body subordinate to the Ministry of Foreign Affairs noted in an official press release that such a catalog would allow exporting farmers:

The National Association of the Extractive Industry of Ukraine (NADPU) could not stand aside, because the products of the extractive sector of the Ukrainian economy rank first in the sectoral structure of the country's foreign trade. That is why in this article Georgy Popov, an analyst at NADPU, analyzed the main export support tools and figured out which of them will help Ukrainian subsoil use to get a qualitatively new level of development.

The last "kovidny" year has actualized in the public space discussions about one of the main economic diseases of Ukraine - a negative trade balance. According to statistics from the Ministry of Economy, in 2020, the negative balance of foreign trade in goods and services decreased by 14.4 times compared to 2019: from $ 3.69 billion to $ 255.5 million. At the same time, the export of goods from Ukraine decreased over the past year by 1.7% and amounted to $ 49.2 billion.

Through a much more significant reduction in imports, the negative trade balance slid from $ 10.7 billion to $ 4.8 billion. And although for the post-crisis economy of Ukraine, any drop in exports means a loss of foreign exchange earnings, which means exchange rate fluctuations that are tangible to every Ukrainian and the loss of additional operating funds for development and modernization. However, the difference between the figures of the balance of all trade and exports looks symptomatic - the country overcame the catastrophic figures of the prevalence of imports not due to the rapid development of its own economy, but only due to the losses of other states, whose products Ukraine actively imports.

In general, the negative trade balance is a mine of long delayed action, laid down for the prospects for the country's economic development and the welfare of citizens. This state of affairs means a constant credit burden on the state and economic agents inside the country, a constant life in debt and constant monetary constraints, because some part of the currency (in the case of Ukraine, more significant) will be spent on servicing loans. At the same time, the market of 35-38 million population is insufficient to become the main investment target abroad. That is, it is obvious that export-oriented enterprises should become the only tangible point of economic growth.

In addition, it should be taken into account that within the framework of the Association Agreement with the EU, signed in 2014, in an extremely short time, most Ukrainian enterprises were forced to revise the sales geography and demonstrate extraordinary flexibility. Without an understandable government support strategy, this looked nothing more than a ritual sacrifice of entire sectors of the economy.

Everyone knows the success story of the "Asian Tigers", which in the 70-90s of the last century was based on the gradual development of competitive export industries, sometimes from scratch. The emergence of a high-tech Korean or Chinese gadget, from the screen of which you may be reading this material, was the result of the development of heavy engineering, and before that, metallurgy and investments in the development of minerals. Thus, the Korean metallurgical company POSCO, which became a canonical example of a growth driver in textbooks on economics, did not even have its own raw material base, and fit into the search and exploration of raw materials in other countries of the Asia-Pacific region (Australia, Brazil, Vietnam).

By the way, the rapid economic growth of China in the 80-90s was also associated with the construction of a successful export-oriented industrial policy. At the beginning of the 2000s, the country's top leadership embarked on a course of reorienting industry towards domestic consumption - in this way the authorities tried to diversify the sources of enrichment for enterprises and build an economy independent of external fluctuations.

However, according to the testimony of leading economists and sinologists (in particular Nikolai Vavilov), such a model turned out to be ineffective, and the "One Belt - One Road" initiative is nothing more than support for the export industries of the Chinese eco

Recommended:
General Motors to suspend eight plants in North America due to chip shortages
Metinvest starts practical implementation of a billion dollar metallurgical project
The exchange price of gas in Europe has exceeded a record $ 800 per thousand cubic meters
On this topic
Where and how much gold is there in Ukraine?
Extractive industry development roadmap will ensure Ukraine's GDP growth of $ 34 billion
Where to order a selling text on a website in 2020
Yuzhmash told whether it is possible to launch reusable rockets from the Black Sea
How the reform of the electricity market in Ukraine can lead to a collapse and what to do about it
Top 10 digital trends in the global steel industry
Partner news
Сomments
Add a comment
Сomments (0)
News Analytics
State Environmental Inspection filed claims against ArcelorMittal Kryvyi Rih in17-09-2021, 10:28
US Steel will build an electrometallurgical plant with a capacity of 3 million17-09-2021, 10:48
Airbus begins designing a hydrogen-powered aircraft17-09-2021, 10:06
There are already 779 enterprises in Ukraine that officially carry out17-09-2021, 09:16
Low-cost carrier Ryanair plans aggressive expansion in Ukraine16-09-2021, 21:34
Moody's changes its outlook for the mining and metals industry from "positive"14-09-2021, 18:39
European steel prices decline from summer highs and remain stable high04-09-2021, 10:38
Rise in European steel prices to dizzying levels finally fizzled out - Bloomberg27-08-2021, 13:18
Gold continues to be the most efficient portfolio asset - WGC26-08-2021, 12:38
Falling iron ore prices caught Wall Street by surprise - WSJ23-08-2021, 13:57
Sign in with: