Ministry of economic development, trade and agriculture of Ukraine held a presentation of the results of the work activities in General and development strategy of the Ministry. 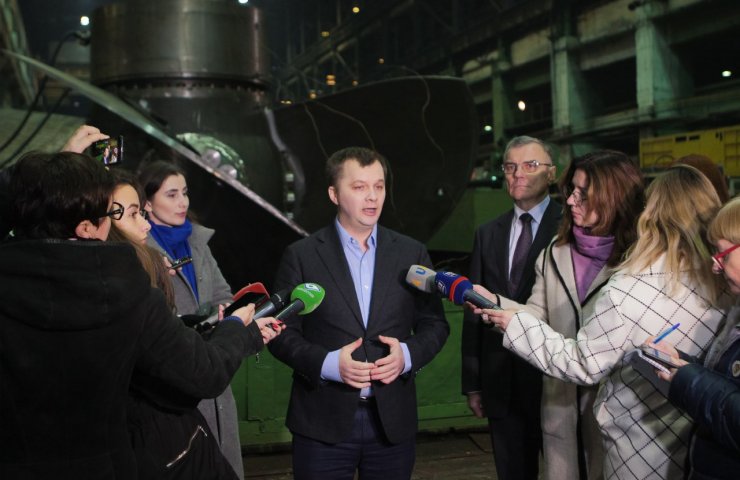 the presentation was attended by representatives of Kharkiv regional state administration headed by the first Deputy Chairman of HOAG mark Becker, Kharkiv chamber of Commerce and industry of Ukraine, and also representatives of industrial enterprises of Kharkiv region in various industries: power engineering, aircraft building, agricultural machine-building, space industry, group of companies "Ukroboroneksport" and several other industrial enterprises. in addition, the event was attended by the Director nearly 20 farms.

the Presentation was held personally by the Minister of Economics Tymofiy mylovanov. He spoke about the achievements of the Ministry and plans for the future.

"We were allowed to hold this presentation at "Turboatom", so I would like to thank the management of the plant. The choice of venue is explained very simply: I want to support only those enterprises which created jobs, which pay high wages, where the economy develops. If there is no industry in that vector that demonstrates a "Turboatom", our economy will not grow", - said Milovanov.

General Director of JSC "Turboatom" Victor Subbotin during his speech noted that the plant staff to take the economy Ministry is a great honor.

"We have witnessed a historical event. This is an innovation in the practice of the Cabinet of Ministers and Ministry of economy to report on the current situation in the country directly to the employees. Especially important to us is that all this is happening within the walls of "Turboatom" - business that's 85 years is the basis of power engineering of Ukraine", - said Victor Subbotin.

During the presentation Milovanov reported on the results of the work of the Ministry of economy. Among the major victories he noted the de-monopolization of the alcohol market, launching large-scale privatization, open data Geokadastr and new markets. The Minister also shared plans for the coming years. Among other things, the Ministry of economy plans to create a Fund to guarantee loans to farmers, to privatize 5 300 large and small enterprises to establish modern corporate governance in the top 10 public companies to hold talks on free trade with the UK, Canada, Macedonia, Serbia and so on. 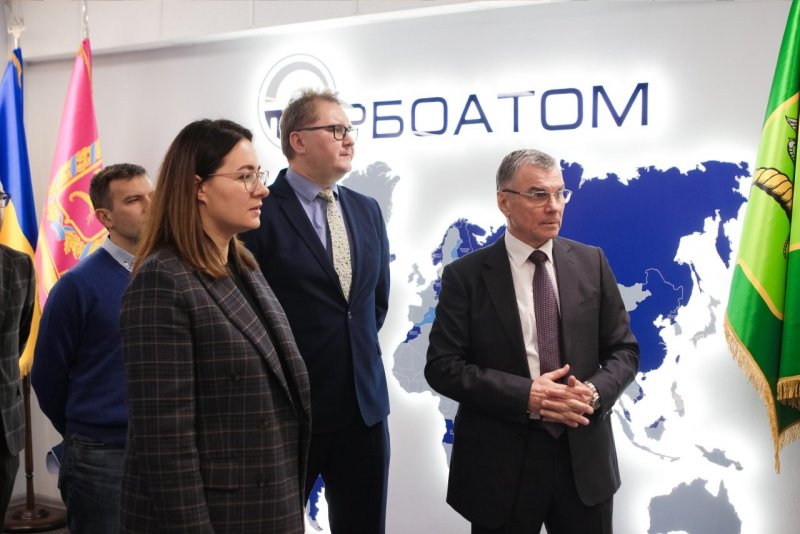 After the presentation Milovanov introduced his deputies, who responded to questions within its competence.

Upon completion of the event Tymofiy mylovanov and Victor Subbotin answered the journalists ' questions.

Commenting on the possible privatization of "Turboatom" Milovanov said that this plant is a strategic object and its privatization should be approached as a separate project.

"We can't afford any risks. Owners should develop the enterprise. We are in manual mode will look at each individual investor on the proposed investment projects and in manual mode to determine whether we want to privatize this enterprise, under what conditions, with whom, and so forth," said Milovanov.

He also noted that he had already discussed with Prime Minister Alexei Goncharuk, the question whether privatization alone "Turboatom" or separately "Electrotyazhmash": Milovanov reminded that these companies are constantly working in tandem.

He also stressed that privatization is not an end in itself for the government.

"Our objective is to reduce unemployment to 5 percent and wages to increase at least 2,000 USD a year. While annual price growth should be no higher than 5 percent," said Milovanov.

"Turboatom" - the only Ukrainian producer of turbine equipment for hydro, thermal and nuclear power plants. The geography of deliveries of the enterprise covers 45 countries in Europe, Asia, America and Africa.

as of the second quarter of 2019 the state, represented by state property Fund of Ukraine owns more than 75,22% of the shares. Largest minority shareholder (of 15.34% stake) is a venture investment Fund "Seventh" AMC "Svarog asset Management" associated with the businessman Konstantin Grigorishin. Even 5,598% owned by a Cyprus-registered Biscone Ltd.