Company Linde Gas and Ovako AB expects to obtain environmental benefits from the use of hydrogen in the combustion process, noting that the only emission produced was water vapor. 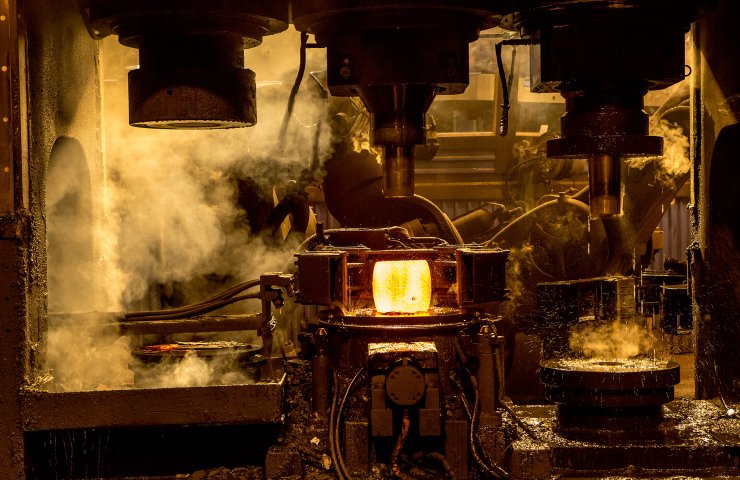 in cooperation with Linde Gas AB company Ovako has conducted full-scale tests using hydrogen for heating the steel before rolling. Tests were conducted with good results in one of the kilns of the company's rolling mill in Hofors in Sweden.

"This is a historic event for the steel industry proves that the emission of carbon dioxide during rolling can be eliminated with the necessary financial support and infrastructure" - said in message Ovako.

Steel was heated using hydrogen instead of LPG before rolling. The experiment, according to the company were successful, and testing of finished rolled steel showed that the heat of hydrogen does not affect the quality. Under appropriate conditions Ovako can introduce hydrogen for heating furnaces in all of its rolling mills and, thus, radically reducing carbon emissions into the atmosphere.

"This is a serious event for the steel industry. For the first time the hydrogen is used to heat steel in the existing production conditions. Through testing we know that hydrogen can be used simply and flexibly, without affecting the quality of steel, which would mean a very large reduction in carbon footprint. We work closely with Linde for many years and are proud to do it together," commented the experiment göran Nyström from EVP Group Marketing & Technology.

"we now Have evidence that it is possible to use hydrogen when heated without affecting the quality of steel. According to our estimates, an initial investment will reduce carbon dioxide emissions by 20,000 tons per year, and this is only the beginning. We performed this test so that it could be reproduced in full in GeForce our other rolling mills", says Anders Lugnet, technical expert group on energy and furnace technology at Ovako.

Steel industry has a significant impact on the environment. According to the world steel Association, on average, every metric ton of steel produced in 2018, has been thrown out of 1.85 metric tons of carbon dioxide.

the European Commission has described hydrogen as the energy carrier with the "greatest potential for clean, efficient energy in stationary, portable and transport applications."

Although the cost of "green hydrogen" is still very high, in the last few years the fuel used in some vehicles, such as trains, cars and buses.

In the last example, the major shipping companies, which take steps to promote the technology of "green hydrogen" in the mass channel, Volvo Group and Daimler Truck recently objavil about the plans of cooperation, focusing on the technology of hydrogen fuel cells.

Both companies said that it has formed a joint venture 50/50 with the goal of "development, production and commercialization of fuel cell systems for vehicles with large carrying capacity and other use".

Recommended:
Ferrexpo has appointed a new member of the Board of Directors
All UK Jaguars will be electric cars in 2025
Greenhouse gas emissions returned and exceeded levels prior to the pandemic - IEA
On this topic
Dneprovskiy metallurgical plant is mastering the production of new metal products
Finland gained the world's first metallurgical plant on hydrogen fuel
Finnish Outokumpu became the largest producer of steel in the world
Los Angeles Times: a Perfect storm in the American market of steel
Prospects for the development of the economy and steel market in the EU in 2019-2020
CDP: steel industry will not be able to reduce CO2 emissions
Add a comment
Сomments (0)
News Analytics
US Senate Adopts $ 1.9 Trillion Stimulus Package06-03-2021, 23:54
Tibet invests about $ 30 billion in infrastructure projects in 5 years06-03-2021, 14:39
Siemens Energy promised Deutsche Welle to closely monitor democracy in Belarus06-03-2021, 10:32
US and EU suspend the collection of duties that were imposed against each other05-03-2021, 22:48
Turboatom and Electrotyazhmash discussed prospects for cooperation under05-03-2021, 19:04
Spread between raw materials and high strength alloy steel in Europe increased01-03-2021, 20:21
Increase in prices is forecasted in the markets of steel raw materials -26-02-2021, 09:25
Troy ounce of gold will drop $ 500 in two years - Fitch25-02-2021, 18:29
Global iron ore production growth to outstrip cumulative production in India23-02-2021, 10:22
Fitch Ratings Warns of “Shocking Impact” on Fossil Fuel Exporters18-02-2021, 14:44
Sign in with: