Zaporozhye metallurgists have begun production of cold-rolled coil with dimensions of 1.5-2.0x1370-1500 mm with a double weight and without a welded seam, which European customers are already interested in. 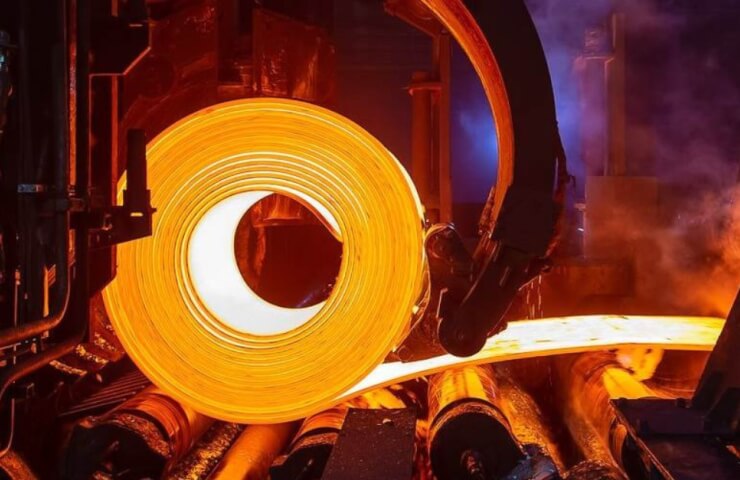 Zaporizhzhya Metallurgical Plant of the Metinvest group of Rinat Akhmetov and Vadim Novinsky Zaporizhstal has mastered the production of cold-rolled coil with dimensions of 1.5-2.0x1370-1500 mm of double mass without a welded seam.

According to the company, the first batch of a new type of rolled products in the amount of 3,600 tons has already been shipped for the construction industry of Ukraine.

The press service of Zaporizhstal specified that a request had already been received from potential consumers from Europe.

“They wanted rolls of the fourth type of rolled products with a width of 1500 mm, but at the same time the weight of the roll would be at least 9 tons. Previously, we have already produced similar products, but it was necessary to review the technology. We almost immediately began to develop a new type of rolled products,” explained Sergey Kuzmenko, Deputy Head of the Cold Rolling Shop for Production, quoted by the company’s press service.

He added that the new technology was developed quickly: it took 14 days from the client's request to the production of the first trial batch of rolls. At the same time, it is specified that earlier the company produced rolls weighing up to 8 tons and 3.8 mm thick. To obtain such a coil, two lightweight coils were welded in the BTA-4 line in the cold rolling shop and coils with seams were obtained. Now the production technology has changed. New coils are produced in the hot rolling shop, and their thickness is changed in the cold rolling shop. Thanks to the new production technology, it was possible not only to master a new type of product, but to save about 1 million hryvnias due to its implementation.

“We pass such rolls through our repartitions, we don’t connect them from two halves of one ingot, as we did before, the edge of the rolls disappears in the middle,” Kuzmenko explained.

Due to the aggravation of hostilities in the region, since the beginning of March, the Metinvest group has transferred part of the Zaporizhstal equipment to the hot conservation mode. At the end of March, the plant partially resumed the work of the cold rolling shop for the production and shipment of cold rolled coils to the European consumer. A month after the forced shutdown, the plant decommissioned equipment and partially resumed production. In April 2022, the plant operated at an average of 50% of its capacity.