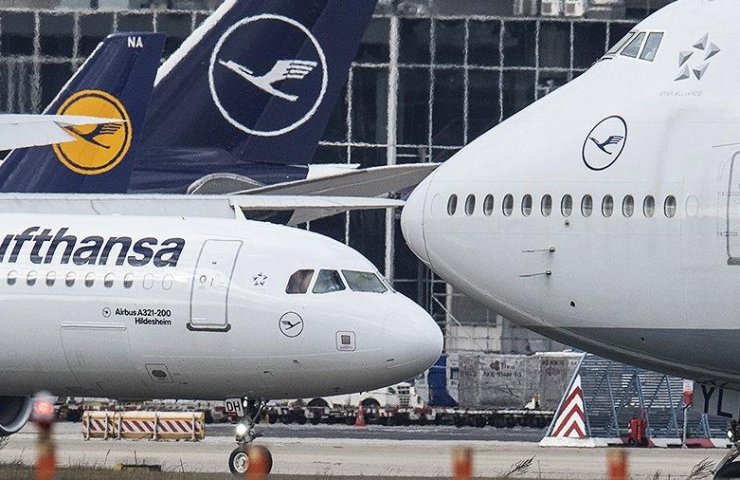 Following many other airlines, Lufthansa reported last year with a record loss: it amounted to 6.7 billion euros against a profit of 1.2 billion euros a year earlier. The airline's revenue fell 63% to 13.6 billion euros. Lufthansa's debt for the year increased by 43% to 9.9 billion euros. The volume of passenger traffic in 2020 amounted to about 25% of the level of 2019 - 36.4 million people.

Lufthansa CEO Karsten Spohr called the last year "the most difficult year in the company's history."

The airline predicts that this year the passenger traffic will be at the level of 40-50% of the indicators of 2019, earlier it was said about 60%. Lufthansa is preparing to launch flights from German cities to holiday destinations such as Greece and the Canary Islands this summer.

Last year, Lufthansa found itself in a very difficult situation , amid the coronavirus pandemic, the company was losing 1 million euros per hour. Its leadership even talked about the possibility of bankruptcy, but in the end the German authorities allocated 9 billion euros to save the airline.

Recommended:
Russia may face a shortage of metal products due to the restriction of its exports
Dneprospetsstal upgraded the electricity metering system
Export of scrap threatens the national security of Ukraine - opinion of the people's deputy
On this topic
Panic over a new strain of coronavirus could finally ditch the European aviation industry
Germany's flagship carrier begins massive layoffs
German airline Lufthansa plans to cut 22 000 jobs
Daimler cut its net profit by 2.8 times in 2019, completed the fourth quarter with a loss
Prospects for the development of the economy and steel market in the EU in 2019-2020
Is the German auto industry preparing for a collapse?
Add a comment
Сomments (0)
News Analytics
Iran is satisfied with the reaction of the world community to 60% enrichment of18-04-2021, 13:24
Gas prices in Ukraine have reached a record value over the past two years -16-04-2021, 17:24
Ukrmetallurgprom asks the Antimonopoly Committee to allow Metinvest to bid for16-04-2021, 17:23
A fatal accident occurred on the territory of the Dnieper Metallurgical Plant16-04-2021, 13:01
Cars built for Euro 2012 will be repaired at the Kryukov Carriage Works16-04-2021, 12:46
World Steel Association predicts a good year for metallurgists15-04-2021, 18:19
World Steel Association defines green steel and its variations12-04-2021, 13:14
China unlikely to cut steel capacity in 2021 due to high steel prices07-04-2021, 12:11
Scrap metal market at the beginning of April02-04-2021, 11:10
Rising Chinese Prices Fueled Rising Global Steel Prices - MEPS25-03-2021, 18:54
Sign in with: