The material's price resilience has helped the mining industry avoid the worst damage from the coronavirus pandemic, which has hit other sectors like oil and gas due to reduced energy demand. 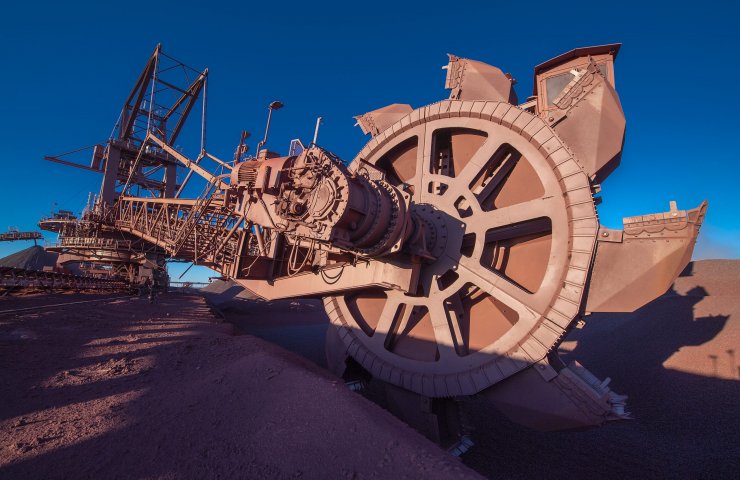 According to S&P Global Platts, iron ore is the most profitable raw material in 2020, growing by almost 38 percent. On the contrary, gold has risen by about 24% after slightly declining positions in recent months.

“The spectacular and relentless rise in iron ore prices this year, driven almost entirely by China's seemingly insatiable appetite for commodities, has been a blessing for big producers who saw demand in the rest of the world collapse into the abyss.” said Andrew Glass, chief executive of Avatar Commodities and former head of the ferrous metals trading division at mining company Anglo American.

The price increases have brought huge profits to Anglo, BHP and Vale, as well as other major producers including Rio Tinto and Fortescue Metals Group, which can dig material out of the ground for less than $ 15 a tonne.

Two main factors have boosted iron ore production this year: skyrocketing demand for iron ore in China, which consumes about 80 percent of the world's supply by sea, and supply disruptions in Brazil, one of the countries hardest hit by Covid. 19.

There were fears that prices would start to fall in the fourth quarter, but they continued to rise and on Friday were on the cusp of a new high for the year at $ 129.50 per tonne, according to S&P Global Platts.

Official data released earlier this week showed that China's industrial production rose 6.9% year-on-year in October, while infrastructure investment rose 7.5%. As a result of increased demand, profits from steel rebar, a product widely used in the construction industry, stood at nearly 400 yuan (roughly $ 61) a tonne this week, up from 94 yuan a month, according to the Metals Market Index.

Looking ahead to the end of 2021, most analysts expect iron ore prices to decline. But those forecasts could be reversed if Australia's exports fall due to a tough cyclone season in the first quarter of the year or if Vale, the world's largest iron ore producer, does not meet its production forecasts.

The Brazilian mining company plans to mine around 310 million tonnes of iron ore this year. Mr Hedborg expects Vale to add 40 million tonnes to global production in 2021, but says it depends on the restart of mines and those pits that have recently resumed production at full capacity.