Severstal expects rapid recovery of the steel market after the pandemic

The metallurgical industry is able to quickly recover and respond to positive changes in the environment, the CEO of Severstal believes. 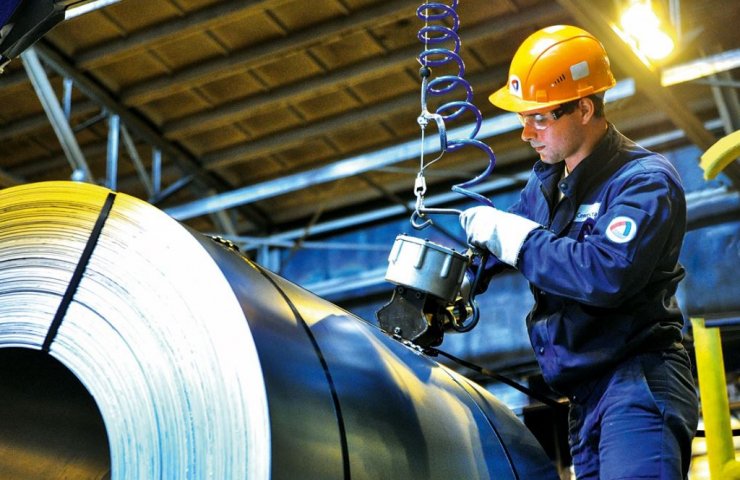 The revival of economic activity, which began in May, was driven by the lifting of a number of restrictions related to COVID-19. However, to date, many sectors, including steel consumers, not only do not show growth, but have not recovered to last year's level. The second wave of the spread of infection again erected barriers, forcing people to reintroduce social distancing measures, which caused an increase in unemployment and another revision of forecasts for recovery from the pandemic.

“The steel industry around the world passed the lowest point of demand this year in April, and we have seen a recovery in the market since mid-May. Nevertheless, the recovery in different countries is uneven, its dynamics depends both on progress in containing the spread of the virus, and on the level of industrial development in the state and, finally, on the scale of economic support. In particular, since the end of February, China has been demonstrating an active recovery and growth of a number of indicators, which significantly influenced our forecast, ”said Al-Remeiti, Chairman of the Worldsteel Economic Committee.

Recommended:
UK may impose "excess profits tax" on companies that got rich from pandemics
Ukrainian-powered Antares launch vehicle successfully launched from Wallops cosmodrome
28 officials prosecuted for explosion at gold mine in East China
On this topic
Global steel production in may 2020 fell by almost 9%
Global steel consumption in 2020 will be reduced by 6.4% - Worldsteel
Worldsteel: a Pandemic will affect the demand for steel is less than the financial crisis of 2008
Due to the outbreak of an unknown virus in China, falling steel prices
Asia faces an influx of Chinese steel due to Washington's actions
Severstal believes that VTB Capital's forecast for the Russian market has become twice as high
Add a comment
Сomments (0)
News Analytics
Турбоатом и Электротяжмаш обсудили перспективы сотрудничества по контрактам05-03-2021, 19:04
DMZ Yaroslavsky in February almost doubled the production of rolled products05-03-2021, 18:19
Sanjeev Gupta Metallurgical Alliance Stops Paying Greensill Loans05-03-2021, 18:18
China to build high standard free trade zone network to reach worldwide - Xinhua05-03-2021, 16:43
Ukraine and Australia have become one step closer in cooperation in the space05-03-2021, 14:25
Spread between raw materials and high strength alloy steel in Europe increased01-03-2021, 20:21
Increase in prices is forecasted in the markets of steel raw materials -26-02-2021, 09:25
Troy ounce of gold will drop $ 500 in two years - Fitch25-02-2021, 18:29
Global iron ore production growth to outstrip cumulative production in India23-02-2021, 10:22
Fitch Ratings Warns of “Shocking Impact” on Fossil Fuel Exporters18-02-2021, 14:44
Sign in with: