The world's largest steelmaker on Thursday revised its forecast for global steel demand, and now Europe is expected to see a sharper decline in steel consumption due to a weak automotive market. 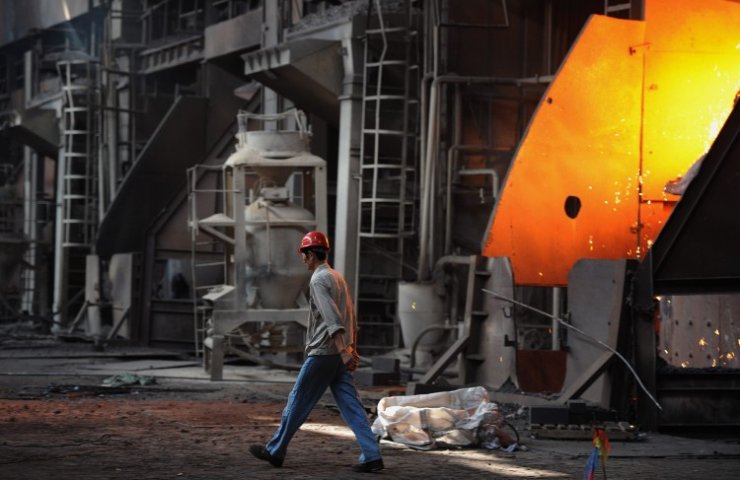 ArcelorMittal, the largest steel producer in the world, has revised its forecast for global steel demand with a sharper decline, which is currently expected in Europe due to a weak automotive market.

British billionaire Lakshmi Mittal's Luxembourg company, which accounts for about 6 percent of global steel production, said on Thursday that it currently expects apparent global steel consumption to rise in the 0.5-1.5 percent range. in 2019 compared to the previous forecast 1 -1.5 percent.

In Europe, according to the company, a decline of 1-2 percent is expected, and there is no hope of expanding demand in the US and Brazil.

Nevertheless, ArcelorMittal's outlook for Chinese demand remains optimistic. Last year, the company produced nearly half of its steel in Europe, with just under 40 percent in its plants in the Americas.

Market conditions were very tough in the first half of this year after a strong 2018, when steel margins declined due to lower steel prices and higher raw material costs, Lakshmi Mittal said in a commentary to the quarterly report. >

ArcelorMittal said its second-quarter EBITDA was $ 1.56 billion, slightly above the consensus of $ 1.53 billion, but up from $ 1.65 billion in the first quarter and only about half as much as a year earlier.

European steelmakers are suffering from a weak manufacturing sector, including a 3 percent drop in new car purchases in Europe. For ArcelorMittal and many other steelmakers, the automotive industry is second only to the construction sector in terms of orders.

ArcelorMittal has suspended operations at a number of factories across Europe, cut production in other regions, and slowed planned production growth at Ilva, Europe's largest steel mill, which was acquired by ArcelorMittal last year.

The South African division of the company also cut more than 2,000 jobs.

ArcelorMittal said the European Commission should take better measures to offset the impact of import tariffs imposed by Washington on incoming steel, which effectively closed the US market.

The company's shares are down 20 percent since the beginning of the year.

Recommended:
Greenhouse gas emissions returned and exceeded levels prior to the pandemic - IEA
Corum Group presented the company's development strategy until 2030
Lufthansa has a record loss of 6.7 billion euros in 2020
On this topic
Prospects for the development of the economy and steel market in the EU in 2019-2020
Steel consumption growth in India slows down
ArcelorMittal in South Africa plans to cut 2,000 jobs
Steel production at record levels. What's next?
Rusal: global demand for aluminum will grow by 3 percent
World steel production in 2018 increased by 4.6%
Add a comment
Сomments (0)
News Analytics
At the Yaroslavsky metallurgical plant in the Dnieper began to pay for new04-03-2021, 14:39
Novokramatorsk Machine Building Plant strengthens its position in the national04-03-2021, 14:44
ArcelorMittal Kryvyi Rih started hot tests of sinter machine No. 2 after04-03-2021, 14:37
Chinese researchers develop soft robot for deep sea exploration04-03-2021, 13:19
Lufthansa has a record loss of 6.7 billion euros in 202004-03-2021, 13:48
Spread between raw materials and high strength alloy steel in Europe increased01-03-2021, 20:21
Increase in prices is forecasted in the markets of steel raw materials -26-02-2021, 09:25
Troy ounce of gold will drop $ 500 in two years - Fitch25-02-2021, 18:29
Global iron ore production growth to outstrip cumulative production in India23-02-2021, 10:22
Fitch Ratings Warns of “Shocking Impact” on Fossil Fuel Exporters18-02-2021, 14:44
Sign in with: